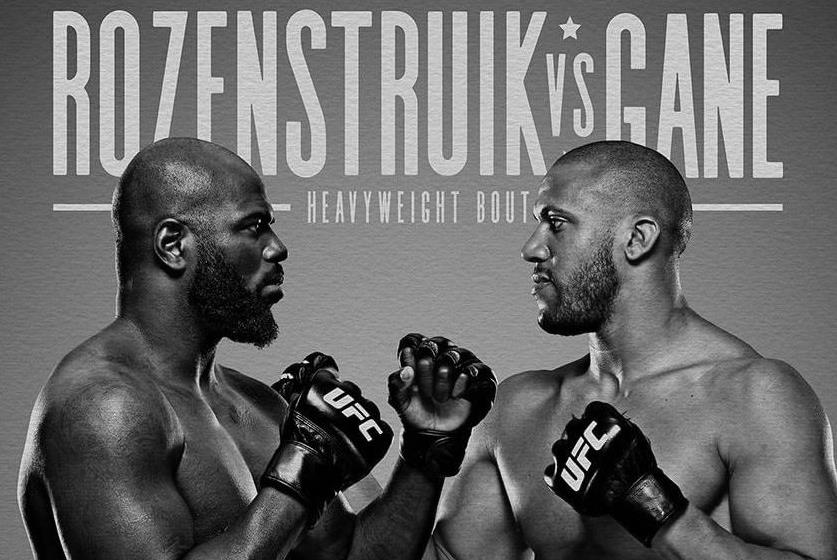 I made a small profit last weekend and I want to keep momentum rolling. UFC Fight Night 186 looks like a great card for betting and I will have plenty of action.

There are fighters and martial artists in this game, and Alex Caceres is definitely the latter. I suspect he only takes fights because he loves the lifestyle, which I don’t fault him for.

Caceres is primarily a striker and prefers to operate at distance. From the southpaw stance, he has a clean straight left, check hook and left body kick.

The small octagon in the UFC Apex is not ideal for him, as he utilizes a lot of lateral footwork and will be the matador in this contest.

Despite coming from a good grappling camp in The MMA Lab, Caceres has always struggled to defend takedowns and can be outclassed on the mat.

Kevin Croom is far more raw on the feet. He’ll wade forward and throw bombs in order to set up his takedowns, but he’s not a technical striker.

While he can put himself in bad spots with his ultra-aggressive grappling style, he owns a brown belt in BJJ and is always live to snatch a submission. Croom is a good back taker and will attempt to do so from a standing position (Caceres has three rear-naked choke losses in the UFC).

Having won a $50,000 bonus in his last fight, Croom should be more focused than ever – without the burden of poverty looming over his training camp. Coupled with the fact he’s fighting out of a red hot gym in Glory MMA, I wouldn’t be shocked if he out-performed his regional footage.

His teammate Darrick Minner thrived in a similar stylistic match-up last weekend, so look for Croom to implement a high pressure game plan.

Both fighters have clear paths to victory, but I feel the value is with the underdog in Kevin Croom.

Angela Hill is a solid Muay Thai striker. She throws clean combinations down the pipe and has nasty elbows on the inside.

While her takedown defense and get up game have been problematic for her in the past, she’s certainly improved in those areas since her first stint in the UFC.

As a pure grappler, Yoder does her best work when she’s able to entangle with opponents and drag them to the mat. She doesn’t mind going to the ground in any position and will try to fish for submissions off her back and sweep opponents.

The problem for Yoder is that she doesn’t have much of a wrestling game, despite being a long-time member of Team Quest. Her favorite technique is the diabolical head and arm throw and she lacks physicality.

One takedown for Yoder could be a round in the bank, but that’s easier said than done.

I think Angela Hill should win a mundane decision here, but I have no interest in betting her at -325.

The Brazilian will plod forward with his hands high, looking to land calf kicks and box his opponent up in the pocket.

While his chin is phenomenal, he lacks head movement and is susceptible to straight punches as well as counters.

He’s also a BJJ black belt with a lethal guillotine, but I don’t think that will come into play against a solid defensive grappler like Jimmie Rivera.

I feel that Rivera holds advantages in terms of footwork, hand speed and technical boxing. He picks his shots wisely and I think he’ll find openings for his jab, cross and left hook against Munhoz.

It’s worth noting that Rivera fights out of a wide stance, so could be susceptible to the calf kick – but he’s good at moving in and out of range and should be able to fire back with calf kicks of his own.

This leads me to believe Munhoz will need to rock Rivera in order to win rounds. It could happen, but I wouldn’t say it’s a probable outcome.

I like Jimmie Rivera to box his way to a decision victory.

Mayra Bueno Silva exemplifies the Thai-Jitsu style (a blend of both Muay Thai and BJJ) that you often see with Brazilian athletes.

On the feet, Silva attacks with all eight limbs and is dangerous at every range. Look for her to cut off the octagon, landing front kicks to the body and trying to force brutal exchanges.

Silva lacks head movement and is very hittable, but that doesn’t necessarily matter if she’s the one with the more potent offense.

I don’t think she is much of a wrestler and will often threaten with submissions off her back after she’s been taken down. She was able to submit Mara Romero Borella like this, but an active guard game will simply cause her to concede minutes against a more savvy top position grappler.

Montana De La Rosa is a boxing-centric striker. While her straight shots may find a home, I think she is going to struggle with the more dynamic kicking offense of her opponent.

The American is the far better wrestler and she sets up her entries well. I don’t see De La Rosa getting a submission if the fight hits the mat, but she floats well on top and has a clear path to victory with positional control.

It looks like she’s training at Team Elevation for this camp, so I wouldn’t be surprised if there were some improvements in her game.

I feel like the value is with Montana De La Rosa as the +125 underdog.

I’m incredibly high on Magomed Ankalaev and I feel he will be a champion in the near future.

He fights well from either stance, has fast counters off the back foot, wrestles proficiently and is a savage from top position. He can get caught with his hands low at times, but I’m clutching at straws when trying to point out his shortcomings.

I feel that he has an advantage over Nikita Krylov in every aspect of the game.

The Ukranian is an effective kickboxer, but I believe his wild aggression will get him into trouble against an opponent that manages distance excellently and capitalizes on defensive lapses.

Krylov’s takedown defense is weak and he will often put himself in bad positions going for low percentage submissions. If Ankalaev’s game plan is to take him down, pass his guard and smash him – I don’t think there is anything Krylov will be able to do to prevent it.

I feel that Magomed Ankalaev deserves to be a heavy favorite. If you want to throw him in a parlay, I’m not against it.

I’ve never seen a heavyweight with such exceptional movement as Cyril Gane. Big men like him are usually glued to the floor, but Gane moves like a featherweight!

The Frenchman has an excellent vocabulary of strikes in his arsenal and fights well from both stances (although he primarily switches to southpaw in order to fire body kicks).

His speed and footwork are going to be a nightmare for most heavyweight contenders and you could see Junior Dos Santos look visibly dejected after the first round against him.

While primarily a striker, Gane possesses some grappling acumen and he defeated his first two UFC opponents by way of submission. This could be a plan of attack against Jairzinho Rozenstruik, who has shown questionable takedown defense and is a bit of a turtle off his back.

While Rozenstruik has good upper body movement, he’s far more stationary than his opponent. He has powerful low kicks and a destructive left hook, but there is nothing remarkable about his striking game.

I will say that Rozenstruik is extremely durable. He ate clean power shots from Junior Dos Santos and Alistair Overeem and hung in there to finish both opponents.

If you’re durable and can hit hard, then you’re never truly out of a fight – even when you’re outclassed in terms of skill (as I believe Rozenstruik will be).

I’m not sure how much value there is at -260, but I believe Cyril Gane deserves to be a firm favorite in this main event.