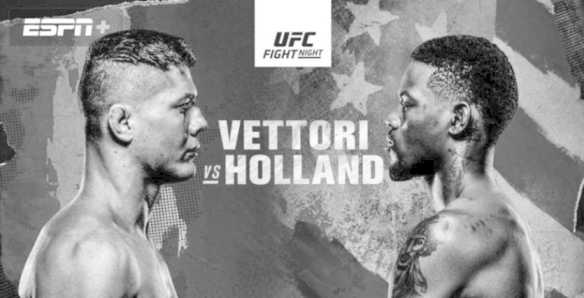 It looks like Mike Perry has dragged himself to MMA Masters for this camp, which should lead to better performances than when he had his girlfriend cornering him.

I think it’s a good choice of gym, because he’ll hopefully add some more structure to his game while keeping his aggressive mentality.

Perry is a dangerous striker, but he’s slow of foot and extremely hittable. A rock solid chin is a tremendous asset in this game, but relying on your toughness isn’t a good recipe for a long career.

It’s all well and good for Perry when he’s able to walk opponents down and land his power shots, but we’ve seen him get outclassed by fighters with better footwork and more offensive weapons – and I think that’s what we’re looking at here.

Daniel Rodriguez moves light on his feet and I think he’ll find a home for his jab. He counters well and throws hard combinations to the body and head.

“D-Rod” is not a defensive wizard and leaves his lead hand low, which could get him cracked by one of Perry’s big hooks. That said, if Rodriguez sets out to box instead of brawl, I feel he should be several steps ahead of Perry all night.

I’m not sure how much value there is at -160, but Daniel Rodriguez is my pick to win this fight.

Mackenzie Dern is a legitimate BJJ black belt and accomplished tournament grappler, but there are some holes in her game.

She’s one of the most dangerous submission specialists in women’s MMA and will attack relentlessly from her back, but she’s not the type of grappler that will chain-wrestle opponents to the mat and methodically advance positions in order to get the finish.

Dern has been fortunate that opponents have engaged her in the grappling realm when they didn’t need to, because her takedown accuracy is a staggering 5%.

Working with Jason Parillo, I expect her striking to improve from fight to fight. That said, she looked pretty raw in her last contest and those big looping shots and plodding footwork aren’t going to cut it against a seasoned veteran like Nina Ansaroff.

On the feet, Ansaroff is fluid and well versed. She has a clean jab, chopping calf kicks and can counter effectively.

Unless she’s rusty beyond belief after a long layoff, she should get the better of Dern on the feet. Ansaroff isn’t in a dire financial situation and it looks like she’s in great shape, so I doubt she’d be taking this fight unless she was ready and willing.

Unlike many female strawweights, Ansaroff has solid takedown defense. She gave more resistance than most against the indomitable force that is Tatiana Suarez and actually took a round off her on the feet.

I feel this is a good stylistic match-up for Nina Ansaroff and I’m picking her to emerge victorious.

“The Cuban Missile Crisis” is not the most sophisticated striker, but he packs thunder in his right hand and can detach anyone from their consciousness when he sits down on his shots.

I wouldn’t say Marquez is an overly skilled grappler and he has major holes in his takedown defense. That said, he can capitalize if you leave your neck in the wrong place – as we saw in his last fight against Maki Pitolo (much to my displeasure).

Returning to the middleweight division, Sam Alvey is desperately in need of a win.

Fighting from the southpaw stance, Alvey counters well with his left hand and has a mean right hook. However, his volume is pretty low and he has a bad habit of backing up against the fence – which isn’t a good optic for the judges.

Alvey is a long-time training partner of Dan Henderson and he always possessed good takedown defense. Interestingly, he’s talked about working on his wrestling for this camp – so I wonder if he’s going to switch things up and shoot takedowns for once?

Even though Alvey will be at a volume disadvantage, I think he might be able to land the cleaner shots against a less nuanced boxer. MMA maths never works out, but I thought Alvey did enough to beat Da Un Jung, and I’d certainly pick Jung over Marquez if they ever fought at light heavyweight.

I’m picking Sam Alvey to spring the upset and I think there is some value on over 2.5 rounds at +100.

Sodiq Yusuff is a skilled striker and he should have the advantage in terms of power and athleticism. He has a crushing right hand, good low kicks and a stiff jab – although I think his offensive repertoire is more suited to facing other orthodox opponents.

We saw him battle through adversity against a southpaw in Gabriel Benitez and he dropped round three against Andre Fili, who also had success from the southpaw stance.

Interestingly, the jab of Yusuff became ineffective when Fili switched to southpaw – and he’ll be facing another left-handed boxing stylist in Arnold Allen.

Statistically speaking, Yusuff lands twice as many significant strikes as Allen, yet absorbs twice as much too.

For Allen, he must land precise counters and make his shots count – or he risks falling behind on volume.

I don’t have a solid read on this fight and I think we’re likely going to see a close decision either way. The line that stands out to me is Arnold Allen to win by points at +240.

How exactly does Kevin Holland win this fight?

He’s a skilled out-fighter with an exciting variety of offensive weapons, but he won’t be able to get his kicks going when he’s forced to fight off the back foot and I doubt he’ll be able to stuff the takedowns.

Holland possesses an opportunistic submission game that will work against a certain level of competition, but it’s not going to fly here.

We saw him rendered useless off his back against Derek Brunson and he won’t have been able to correct any of the gaping holes in his game over the past two weeks.

The Italian may not be a stud collegiate wrestler like Brunson, but he won’t be looking to just rack up control time when he gets on top of Holland. Vettori has a brown belt in BJJ and if he can manoeuvre his way to Holland’s back, the fight is likely a wrap.

I don’t have a problem with Marvin Vettori being priced at -350, so I can’t blame anyone for throwing him in parlays.