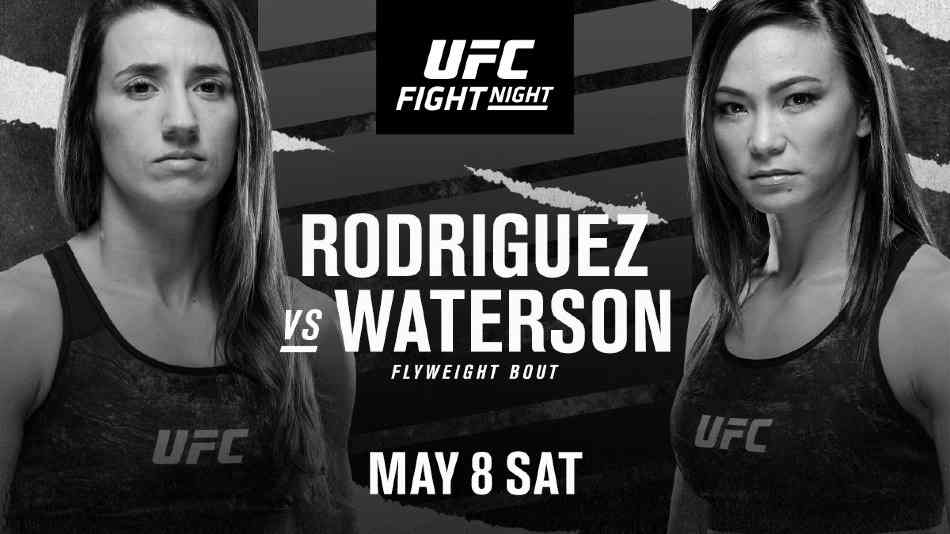 UFC on ESPN 24 looks like a good card for betting and I should have a decent amount of action. As always, here are my main card predictions from a betting perspective.

Coming back after a disappointing TKO loss, Amanda Ribas spent this training camp in Brazil (instead of American Top Team) and will look to return to the win column this weekend.

While grappling is her core strength, Ribas has serviceable boxing skills. She moves light on her feet, throws fast combinations and counters well with her right hand.

She isn’t the most defensively sound striker and could be packing glass at only 27-years-of-age. I didn’t like how she reacted to getting clocked by Marina Rodriguez and a brutal knockout loss to Poliana Viana on the Brazilian regional circuit isn’t a good look either.

That said, she’s not facing a heavy puncher in this contest and should have a major grappling advantage.

Ribas is a legitimate black belt in both judo and BJJ. Her trips and throws from the clinch are well executed and she’s a savvy guard passer and submission hunter on the mat.

Angela Hill is the more dynamic striker and I’d favor her to get the better of the exchanges if the fight takes place in open space. She throws clean combinations down the pipe and has a nice array of kicks, knees and elbows.

To her credit, she’s worked extremely hard to close both holes – but I think these deficiencies could be problematic against a younger, fresher, more skilled grappler.

In her last fight, we saw Hill willingly engage in the clinch against Ashley Yoder. While she was able to inflict damage, it also resulted in her getting put on her back and I think she’s in major trouble if she winds up on bottom position against a superb BJJ player like Ribas.

I’m not sure how much value there is on Amanda Ribas at -185, but I’m picking her to get her hand raised.

Collegiate wrestling standout, Gregor Gillespie, will finally be making his return after a destructive knockout loss to Kevin Lee in 2019 – which I was fortunate enough to profit from!

While 34-years-of-age, Gillespie is still pretty green as an MMA fighter and it will be interesting to see if he’s made any improvements during his layoff.

He seems like an intense character and I doubt being knocked out on live TV will have sat well with him, so I wouldn’t be surprised if his striking looks sharper.

While his offensive boxing was always effective, he was known to charge forward with minimal head movement. I’d like to see him strike with more defensive awareness!

As far as wrestling goes, Gillespie is as elite as you can get. He has a variety of takedowns in his arsenal and chains attempts beautifully.

I think he’s going to be able to land takedowns at will, but the fight will get interesting on the mat.

Gillespie applies heavy top pressure and is always in search of the finish, but he’ll be facing a completely different level of grappler compared to any of his previous opponents.

Diego Ferreira is a third degree black belt who is excellent in transitions and also competent at fighting off his back. He was taken down easily and controlled by Beneil Dariush, but Dariush is levels above Gillespie as far as pure BJJ goes.

If the Brazilian is able to scramble consistently and the fight becomes a war on the feet, I think you can flip a coin in terms of who wins.

Ferreira is the more technical boxer and I think he can have success forcing Gillespie to fight off the back foot, but Gillespie is faster and has the ability to mix in takedowns as an additional threat.

This fight is going to be a barn burner and I’m siding with Gregor Gillespie to win.

I’ll cover this briefly, because this is exactly the type of sloppy heavyweight fight that you shouldn’t wager money on.

Quite simply, Rogerio de Lima is a far superior striker to Maurice Greene. He throws hard combinations on the inside and has devastating leg kicks, which Greene is susceptible to.

Greene is a kick-centric striker who tends to over-extend on his punches – which leaves him open to counters.

Stylistically speaking, the Brazilian should absolutely dominate, but I can’t trust him at -200.

We’ve seen “Pezao” make critical errors in fights and look for the door when he’s forced to deal with adversity – particularly in grappling exchanges.

I don’t rate Greene highly at all, but he’s a big, powerful heavyweight and is the grittier of the two men. In a chaotic fight like this, grit can make a huge difference.

Rogerio de Lima is the pick, but I’m not betting on this fight!

At 38-years-of-age, Donald “Cowboy” Cerrone has seen better days. He has a huge amount of mileage on his body and it looks like his reflexes are slowing.

That said, this is the most favorable match-up he’s had for a long time. I feel that Cerrone is better than Alex Morono in every facet of the game.

A true eight-limbed striker, Cerrone should be able to find plenty of openings against Morono – particularly to the body.

Morono has a black belt in BJJ, but is largely ineffective off his back and his takedown defense is porous.

Given that Cerrone is on a bad run of form and is desperate for a win, we could see him take the NCAA approach and go for takedowns here. I don’t know anything about Cerrone’s BJJ credentials, but he’s objectively the superior MMA grappler.

When you also factor in Morono’s bad cardio and the fact that he’s taking this fight on short notice, it’s obvious why Cerrone is lined as a solid favorite.

I think there was some solid value on Donald Cerrone around -145, although the price is getting a bit juiced now at -190.

It’s a shame that Marina Rodriguez has such bad takedown defense, because her Muay Thai is excellent.

She has some serious steam behind her right cross and her clinch game is nasty. With her height and length advantage, I can see her landing devastating knees and elbows to deter the level change from Michelle Waterson – who is most effective at scoring takedowns from the clinch.

When she does get taken down, Rodriguez looks clueless off her back. She’ll go to the closed guard in order to limit damage, but this also results in her conceding minutes of control time – which is a bad look in the eyes of the judges.

Michelle Waterson is a serviceable striker herself, but she’s kick-centric, lacks pure boxing ability and is severely undersized in this flyweight match-up.

It’s worth noting that Waterson used to fight at atomweight in Invicta FC and I’m sure she could still make that weight limit at this stage in her career.

Waterson is a skilled BJJ player and good back taker, but I think she might struggle to land takedowns against a more physically imposing opponent.

If “Karate Hottie” is forced to contend in an open space striking match for prolonged periods, I believe she’ll get badly hurt.

I like Marina Rodriguez here and I wouldn’t be surprised if she got the job done inside the distance in this five round main event.