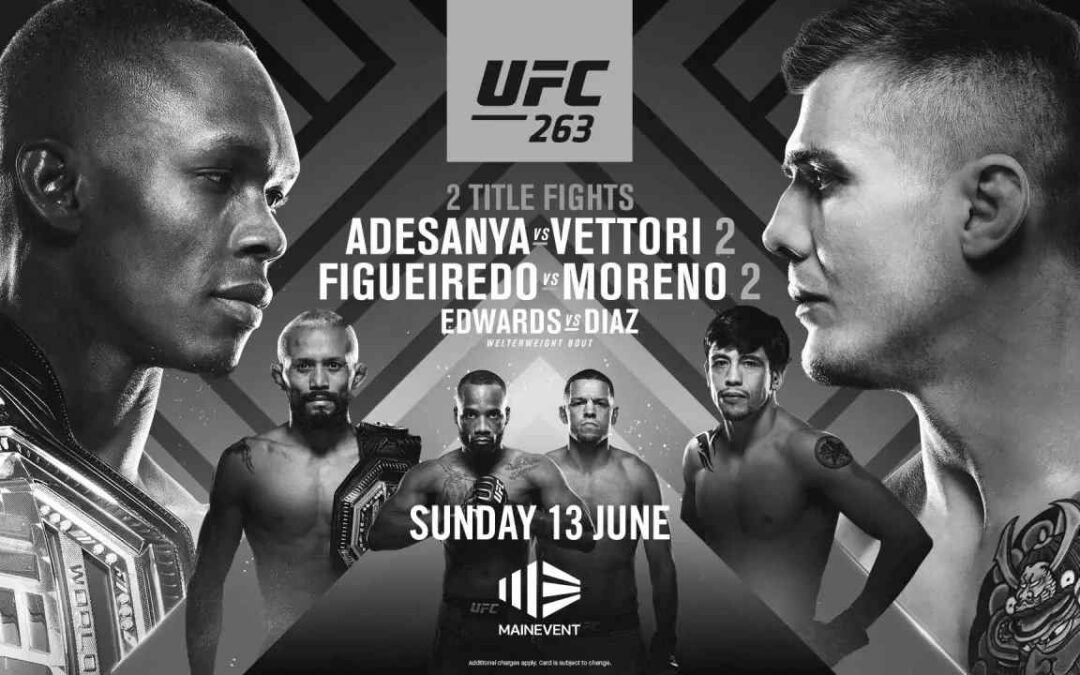 UFC 263 looks like a great card as far as entertainment goes, but I dislike it for betting and a lot of the lines look like potential traps. Nevertheless, here are my main card picks from a betting perspective.

Paul Craig is a fighter that gets a lot of criticism. Primarily known as an opportunistic guard player, the Scotsman has been able to snatch victory from the jaws of defeat time and time again.

To his credit, he’s made some improvements in recent years. His striking has gone from disastrous to functional and he now has a bit of offensive wrestling to complement his BJJ game.

Still, we’re never going to see Craig enter the upper echelons of the light heavyweight division and his athletic ceiling is low.

We’ve seen Jamahal Hill concede takedowns in the past, but he’s quick to get back to his feet. I also doubt Hill is going to play around in Craig’s guard, should such an opportunity present itself.

When the fight stays vertical, we should see one-way traffic in Hill’s favor. From the southpaw stance, I expect Hill’s technical striking acumen to shine as he dissects the Scotsman with straight left hands and kicks to the body.

Paul Craig is live to pull a submission out of his ass in any fight, but I think he’s getting violently knocked out this weekend.

At 43-years-of-age, Demien Maia is at the tail end of his career. He never had great cardio and his chin looks diminished, but he’s still one of the most technical MMA grapplers we’ve seen in the sport.

The Brazilian is a fantastic chain wrestler and can magically turn a single leg attempt into a rear naked choke in a number of well-orchestrated moves.

He’s likely to get pieced up and outlasted if he can’t score takedowns, but that’s nothing new to him.

Belal Muhammad is younger, fresher and more well-rounded, but I don’t have a solid read on how he will deal with this type of opponent.

His offensive wrestling is serviceable, but he’s mainly fought strikers in his career. His past footage doesn’t tell me much about his takedown defense or bottom game.

That said, Maia’s wrestling and positional control are elite and it may only require two takedowns for him to win the fight.

I’m inclined to believe the value lies with Demian Maia at +190, but I’m passing on betting him due to the unknown variables.

Nate Diaz is just as tough as he ever was, but I think his best days are behind him at 36-years-of-age.

In his prime, Diaz would pressure opponents with a relentless boxing onslaught and force them into grappling exchanges that they couldn’t deal with. The first fight with Conor McGregor was a great example of this!

I believe this old school style can still be effective, but against a certain level of competition.

Not to mention, Diaz is a small welterweight and looked undersized standing next to Leon Edwards – who is a superb athlete that may not have reached his peak yet.

Outside of pure submissions, I think Edwards is better wherever the fight takes place and he should have a severe speed advantage on the feet.

Facing another southpaw, I expect Edwards to attack with calf kicks against Diaz (who leans heavily on his lead leg). Edwards also has some of the nastiest elbows off the break in the UFC and he’s facing an opponent that cuts up easily.

This is a mismatch and I’m picking Leon Edwards to get the job done inside the distance.

We saw how the original fight transpired, and it was a fairly dominant win for the reigning champion.

However, it’s rare that a rematch looks exactly like the original fight in MMA and I think Moreno can make some adjustments.

Moreno was able to score takedowns consistently, so perhaps he will come with a more grappling-centric approach?

Also, more combinations would be useful for the Mexican.

If he’s not able to connect using his jab, the second and third shots in a combination might help him to find the target against an opponent that loves to slip strikes and fight with his hands low.

In interviews, it sounds like Moreno is planning on fighting more aggressively now that he’s felt and survived the power of the hardest hitting flyweight in UFC history.

This contest is guaranteed to be chaotic and I think the value is with Brandon Moreno at +185.

Arguably the best out-fighter in MMA, Israel Adesanya has taken steps to round out the rest of his game.

He has excellent takedown defense against the fence and he’s good at scrambling back to his feet when he does get taken down.

However, when you put him flat on his back – then it’s possible to control him.

Marvin Vettori is a skilled southpaw boxer, but he’s outclassed on the feet and will need takedowns to win. The best way to get Adesanya to the mat would be with a well-timed entry in open space, but that isn’t really Vettori’s style.

The Italian is known for his tenacious pressure and cage wrestling, but I’m not sure if that will cut it here.

If Adesanya can continuously stuff takedowns and disengage, this could potentially make Vettori tired – where the fight will get very one-sided.

Considering that Adesanya fights well out of both stances, I believe he could chop the calf of Vettori (we saw the Italian eat calf kicks against another southpaw in Cezar Ferreira).

Israel Adesanya is my pick to win, but I don’t see any value on his -275 moneyline.