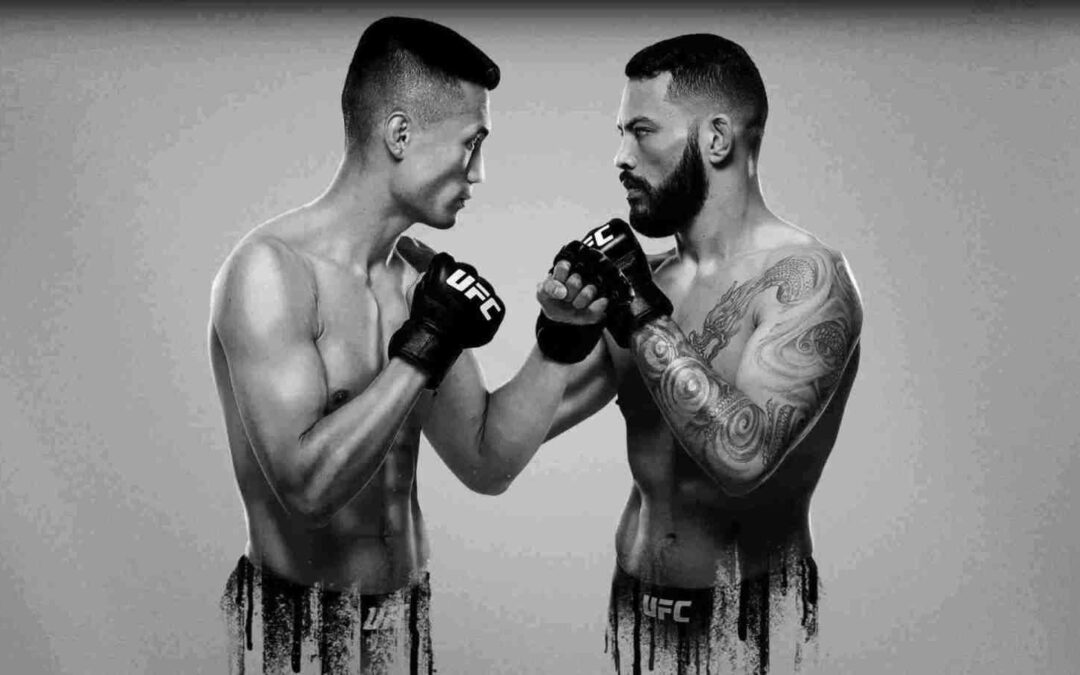 I like UFC Vegas 29 from a betting perspective, I think there are lots of lines with value. Here are my main card UFC picks.

As much as I love Matt Brown, he has a style that doesn’t typically age well.

He was never the most defensively sound combatant and would rely on his toughness to pull through difficult situations in order to emerge victorious. His contest with Erik Silva was one of the craziest fights I’ve seen and it goes to show what a gritty warrior “The Immortal” is.

In addition to being weak to the body, Brown’s chin seems to be declining. I’m not one to tell another man when he should retire, but he risks sustaining major damage if he continues fighting into his forties.

That said, he still has some offensive potency and was able to put the much younger Miguel Baeza in trouble before getting finished himself.

Brown has some of the best elbow strikes in the history of the welterweight division and would be wise to apply pressure against Dhiego Lima, who is passive at times and can be backed up.

If Lima can maintain distance, I see the jab and calf kick landing for him consistently.

It’s up to Brown to turn this into a war, and that’s what I expect to happen.

Bruno Silva was supposed to debut in the UFC in 2019, but got popped by USADA and was suspended until now.

He looks to be in great shape, but whether he’ll have the same devastating finishing abilities as we saw in his M-1 Challenge fights remains to be seen.

Whether he was doping or not, beating Russian legends like Artem Frolov and Alexander Shlemenko on their own turf is no easy feat. Silva is a skilled Muay Thai striker with blitzing punching combinations and hard knees in the clinch.

However, the Brazilian is far less accomplished on the ground and his takedown defense seems porous. Training at a striking-centric gym like Evolucao Thai, It’s hard to know whether he’s addressed those holes in his game during his layoff.

At only 24-years-of-age, Wellington Turman has more room for improvement. However, like his opponent, he trains at a specialist gym – except on the other end of the spectrum.

Turman is already a competent grappler and I’m sure he’s honing his skills at Gile Ribeiro Team, but his striking is basic and he’s likely to get lit up if he can’t score takedowns.

Based on the footage available of both fighters, I’m inclined to believe he can.

Turman chains takedown attempts well against the fence and his opponent gives up his back when trying to scramble to safety. I think he’ll have opportunities to find the finish on the mat, but winning a decision based on positional control is possible too.

I like Wellington Turman at plus money, I’d cap him as the favorite.

Seung Woo Choi is a featherweight with a lot of potential and he has a superb frame for the division. Having represented Korea at the national level in Muay Thai, Choi brings solid striking fundamentals into the octagon and keeps things straightforward with his jab, cross and low kicks.

Aside from a bad performance against Gavin Tucker (who is a good wrestler and BJJ black belt), his defensive grappling has looked pretty good.

This makes me think we’ll be in for a striking battle and I can see the Choi’s straight punches land cleanly on an opponent who is defensively irresponsible.

Julian Erosa is never in a boring fight, but he might want to tidy things up if he values longevity. He’s suffered some bad knockouts in his career and it wouldn’t be wise for him to stand and trade blows with a durable opponent like Choi.

I bet Erosa in his last fight against a lesser striker in Nate Landwehr, and if he comes out with a similar strategy then I think there is a good chance he gets his clock cleaned.

Erosa isn’t much of a wrestler, but definitely has the advantage in terms of pure grappling. If he can find the opportunity to tie up with Choi and sink in an opportunistic choke, that would be an ideal win condition.

With everything considered, I have to side with the more durable and fundamentally sound striker in Seung Woo Choi.

Marlon Vera is one of the best examples of a fighter that uses a granite chin to his advantage.

While not the most technical out-fighter, the Ecuadorian is most effective when taking the front foot and landing heavy kicks, knees and elbows in order to wear down and break opponents.

He absorbs heavy fire while walking down his foes, but the shots just bounce off him and it’s nearly impossible to get his respect.

When you throw opportunistic submissions into his skill set as well, you’re left with a thoroughly dangerous finisher.

Vera’s boxing defense is bad and it takes him a round to wake up, which usually means he has to rally from behind in order to win.

Davey Grant looks like he’s finally starting to put everything together. I was never particularly high on him, but he could be entering his prime right now at 35-years-of-age.

The Englishman throws hard and accurate combinations to the body and head, and he’s capable of putting opponents away with one shot – which isn’t common for a bantamweight.

He does leave his chin high at times and his lead leg is there to be chopped, which could be problematic in this match-up.

That said, I believe Grant has a great chance of landing the cleaner shots at distance – he just has to avoid getting pinned against the fence (which is easier said than done against Vera).

I cap Marlon Vera as a slight favorite, but I think this will be competitive.

I think the wheels are starting to fall off with Alexey Oleinik.

The crafty veteran is a skilled grappler, but he takes huge amounts of damage in every fight and has a lot of mileage on his body at 43-years-of-age.

He can still beat opponents who are inept in the grappling department (such as Maurice Greene), but most competent heavyweights can pull off the sprawl and brawl strategy against him at this stage in his career.

Sergei Spivak is no world beater, but he’s young, fresh, has functional boxing and is a savvy grappler himself. I think he has all of the traits to get the job done.

The main danger for Spivak would be if he decides to shoot takedowns himself and gets sucked into Oleinik’s game. I’m convinced handicappers watch way more tape than fighters do, because that type of stuff happens way more than it should do against pure grapplers!

The bookmakers cap Sergei Spivak’s chances of winning at around 70%, and that seems totally accurate to me.

I thought “The Korean Zombie” had a favorable match-up against Brian Ortega, yet he was comprehensively outclassed.

He suffered a concussion early in the fight, so that explains the lackluster performance, but it’s still a red flag when you consider the insane amounts of damage he’s taken over the course of his career.

That said, the improvements he’s made over at Fight Ready under Eddie Cha have been noticeable. His offensive striking is much more fluid and he counters well with his right hand, although he’s still hittable and flat-footed.

Unlike in his fight against Ortega, he won’t have to go looking for Dan Ige inside the octagon.

Ige likes to remain all the way out or all the way in. When he charges forward, I think he will find a home for his hard, compact shots to the body and head.

Leg kicks aren’t a notable part of Ige’s repertoire, but he would be wise to use them against an opponent who leans heavily on his lead leg. Likewise, he could also deploy fakes and feints in order to draw out the power shots of the Korean and then go third with his own attacks.

I like Dan Ige in this bout, I think he can exploit some of the defensive vulnerabilities of his opponent and potentially score a knockout.