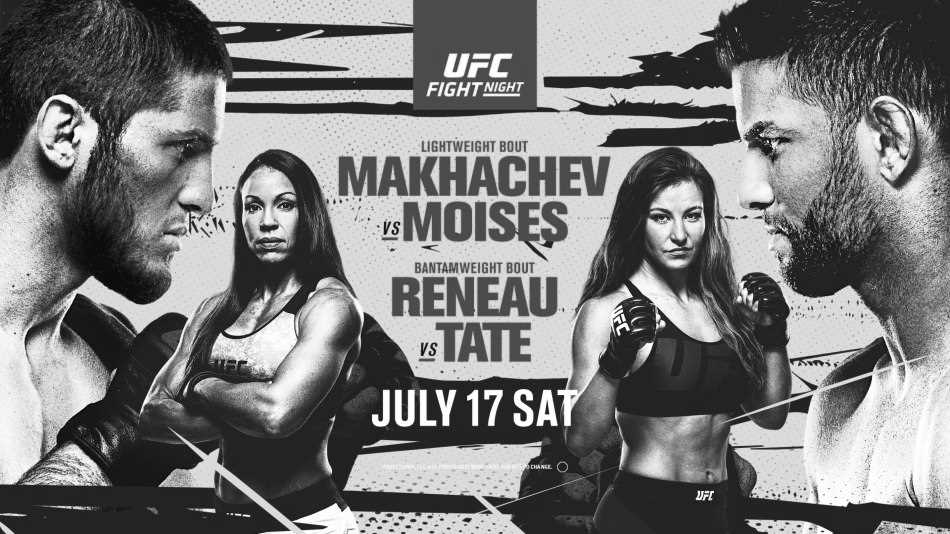 UFC on ESPN 26 looks like an underwhelming card for betting, although there might be some interesting live bet spots. Here are my main card betting predictions.

An aggressive pressure fighter, Billy Quarantillo is rarely in a boring fight. Reminiscent to the Diaz brothers, Quarantillo is a cardio machine that typically out-lasts opponents and beats them with attrition.

I’m not overly high on his striking. He showcased a good lead left hook against a southpaw in Gavin Tucker, but he’s not particularly nuanced and he has some issues on the defensive end.

He possesses a black belt in BJJ, although I wouldn’t say he’s the greatest wrestler.

On the feet, I think Gabriel Benitez has a major advantage. Fighting from the southpaw stance, he utilizes inside low kicks and body kicks excellently against orthodox opponents.

Unlike other notable kick-centric strikers, Benitez has slick boxing – which means he is not an easy combatant to back up and overwhelm with pressure. We saw him deliver a brutal knee to the mid-section of Justin Jaynes in his last fight, and I could see him do the same this weekend.

Benitez can be taken down, but he is good at scrambling back to his feet. It’s been a while since he’s faced a tenacious grappler like this, so it’s possible that his takedown defense will look improved.

I think this is a good fight for Gabriel Benitez and I believe there is some value at -157.

Rodolfo Vieira is one of the most highly credentialed BJJ players in the UFC. A physical specimen, the Brazilian likes to back opponents up, shoot his blast double leg takedown, advance to a dominant position and squeeze the life out of them.

His grappling skills are as legitimate as you can get, but he uses a lot of big explosive movements – which come at a cost.

The guy is built like a tank and clearly cuts a lot of weight. As we saw in his last fight, if he can’t get the early submission then he is likely to blow his gas tank and get finished himself.

I feel like the UFC are giving him a good match-up here. With no disrespect intended, I’d describe Dustin Stoltzfus as well-rounded, but underwhelming.

While his takedown defense is serviceable, I didn’t like what I saw when he was on bottom against Kyle Daukaus and I have a hard time seeing him survive in a similar position against Vieira.

That said, there is absolutely no way I’d recommend betting Vieira at -230.

I think the value is with Dustin Stoltzfus at +195, although this might be a better fight to live bet.

Coming back up to lightweight after a long stint at featherweight, Jeremy Stephens urgently needs to get back inside the win column.

I wouldn’t say he’s on a hard decline, but he’s taken a lot of damage recently and I doubt we’re going to see many improvements at 35-years-of-age.

Stephens is a savage warrior, but he does his best work when opponents stand right in front of him. He can get frustrated when he is on the wrong side of the footwork equation and has a tendency to get reckless and load up on all his shots.

I feel like low kicks may be a useful weapon for Stephens, although Mateusz Gamrot can fight out of both stances and going southpaw would mitigate the impact.

Gamrot will look to stick and move and avoid a brawl at all costs. I expect him to mix in takedowns in order to keep Stephens guessing, which will also open up his striking.

Despite knocking out a very shopworn Scott Holtzman, Gamrot is not a finisher historically. His TKO victory over Norman Parke in 2020 was due to eye damage – he wasn’t landing concussive punches.

I have to side with the younger, fresher, more well-rounded combatant in Mateusz Gamrot, but I don’t see any value on his -215 moneyline.

After walking off into the sunset and pursuing motherhood, I didn’t expect to see Miesha Tate inside the octagon again. Instagram suggests that she’s in great shape, but she’s no spring chicken at 34-years-of-age and ring rust is a real thing.

While Tate was never a good striker, her tenacious approach meant she could win fights with her wrestling and top game more often than not.

Stylistically, this would appear to be a good match-up for her against an opponent who has struggled to defend takedowns throughout her career.

At 44-years-of-age, Marion Reneau is the oldest woman on the roster and this will be her retirement fight.

That said, I’d be surprised if she simply rolled over and gave Tate an easy win. “The Belizean Bruiser” is as gritty as they come!

While Reneau is the far more proficient boxer, she is often content to play guard and I think that will be a problem here.

Unless she can time Tate coming in and hurt her, I see Reneau spending a lot of time fishing for submissions unsuccessfully off her back and giving rounds away.

If it wasn’t for the layoff, I would have no issues putting multiple units on Miesha Tate at -140. As it is, this fight will be a reluctant pass for me.

While his style isn’t the most entertaining, Islam Makhachev is a nightmare match-up for the vast majority of lightweights in the UFC.

With excellent takedowns from the clinch and in open space, Makhachev’s suffocating top game is going to be impossible to deal with for fighters that don’t have stellar wrestling backgrounds themselves.

Unlike his mentor, Khabib Nurmagomedov, Makhachev isn’t a deadly finisher on the mat and he takes more of a safety-first approach.

I would give Thiago Moises the advantage standing, although it might look like a cagey affair since both men are predominantly counter-strikers.

It’s not difficult to back Moises up and I can see him conceding takedowns against the fence. The Brazilian is a legitimate BJJ black belt and will try to make something happen off his back, but I see him getting controlled en route to a unanimous decision loss.

I wouldn’t touch Islam Makhachev at -600, I think the value is probably on his decision line at +100.