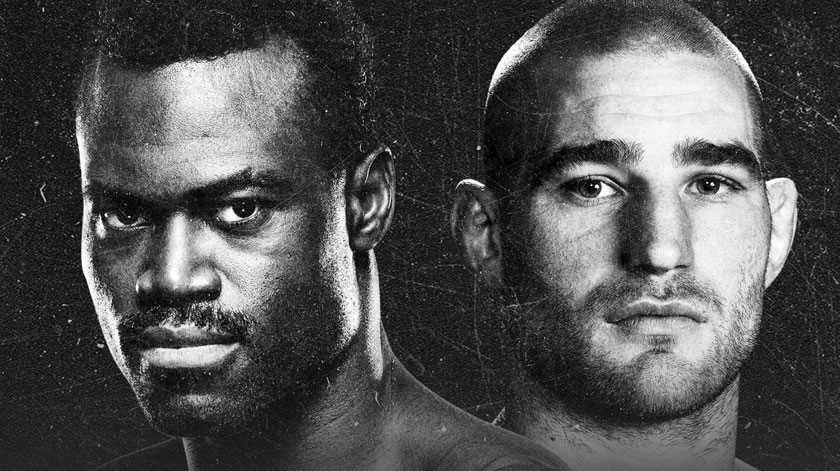 UFC on ESPN 28 isn’t a bad card for betting and I think there are some nice opportunities if you look hard enough. Here are my main card predictions from a betting perspective.

Jason Witt hasn’t got off to the best start in the UFC. Coming from a wrestling background, Witt has good single leg, double leg and body lock takedowns and is a savvy top player.

His striking is nothing special, but he has power in his right hand – which is enough to get you thinking about his striking while he plans his next level change.

His biggest problem is his chin, which is dust at this point in his career. He’s been finished in all of his losses and is returning from getting brutally starched only four months ago.

He also carries his lead hand low, which could get him into trouble against Bryan Barberena.

Fighting from the southpaw stance, Barberena’s high-pressure, gritty style is difficult for most welterweights to deal with. With a solid chin, Barberena welcomes 50/50 exchanges and thrives in uncomfortable situations.

While he can be taken down, “Bam Bam” is difficult to hold down and he will continue marching forward the second he gets back to his feet.

I wouldn’t be surprised if Witt gets his wrestling going early, but sooner or later that small octagon in The Apex is going to feel claustrophobic when he’s stuck in there with an opponent who just keeps attacking like The Terminator.

I think there is some value on Bryan Barberena to win inside the distance at +100. I suspect the kill shot comes from his straight left.

I’m annoyed that this fight was cancelled the first time it was scheduled. I managed to snag Zarrukh Adashev at odds of +180, which was a ridiculous price!

While he got savagely knocked out by Tyson Nam, the Uzbek fighter clearly wasn’t in shape for that contest and he looked far better against the tall and rangy Su Mudarji.

Despite a significant reach disadvantage, Adashev gave a good account of himself and demonstrated fluid combinations, nice footwork and an effective kicking game.

Looking at his pre-UFC footage, Adashev’s defensive grappling checks out and I’m inclined to believe this fight will take place on the feet – where I give him the advantage.

Ryan Benoit is difficult to get a read on. He has legitimate power for a male flyweight, but his boxing is pretty basic and he throws a lot of single strikes.

I also feel Benoit’s fight IQ leaves much to be desired. He’s a skilled grappler with a high school wrestling background, but we rarely see him shoot takedowns.

Are we going to finally see him switch things up and lean on his BJJ brown belt, or will he decide to stand and bang with a former K-1 champion? I genuinely have no idea!

Taking this fight on short notice, I wonder what kind of shape Jared Gooden will be in this weekend? He’s a big muscular dude, so I’m sure he has a significant cut to make the welterweight limit.

Gooden is an effective boxer with a crisp jab, but he’s very stiff and hittable. He also needs to make some improvements with his ground game.

Niklas Stolze is the more dynamic striker. He throws a clean 1-2, has good low kicks as well as switch kicks to the body and head.

I also think Stolze will have a sizable advantage if he can secure top position. He has slick reactive takedowns and was even able to take down Ramazan Emeev in his UFC debut – which is no easy feat.

Given the circumstances, I feel like this is a good fight for Niklas Stolze – but I don’t see any value on his -200 moneyline.

As far as pure BJJ goes, Rani Yahya is one of the most skilled practitioners in the BJJ. He is dangerous on top and will threaten with submissions off his back in order to sweep his opponent and secure a dominant position.

His striking is nothing to write home about, but he throws with heat and can usually force the type of chaotic grappling-centric fight that he desires.

Yahya is getting a bit long in the tooth at 36-years-of-age and he’s never had a good gas tank.

Kyung Ho Kang is also predominantly a grappler, but he prefers to play on top and prioritizes positions over submissions. The Korean has good reactive takedowns and blends his grappling with his striking well.

I feel that Kang would be wise to try and turn this into a kickboxing match at range, where he would have a huge advantage. In addition to being much taller and longer than his opponent, he is the far superior technician and should be able to tee off in open space.

I feel the value is with Kyung Ho Kang at -120, but this might be a better fight to live bet.

Coming from a Muay Thai base, Gloria de Paula is a skilled striker that will attack with all eight limbs. She is effective at kickboxing range, but does her best work from the Thai clinch – where she punishes opponents with impactful elbows and knees.

She will create problems for a lot of female strawweights on the feet, but her weak defensive wrestling and lack of a get up game are huge problems.

We saw her lose to Jinh Yu Frey in her UFC debut solely due to positional control and she really needs to correct those deficiencies if she wants to compete at this level.

Her goal will be to enter the pocket, land her offense and ideally avoid the clinch – which could be tricky.

Despite being taken down repeatedly by the head and arm throw and controlled in the scarf hold position in her last fight, Buys is not as inept as you may believe as a grappler.

In her regional footage, her offensive wrestling looks serviceable and she has a TKO from the crucifix position in one of her early fights.

Given her opponent’s overt weakness in the grappling realm, I wouldn’t be surprised if Buys puts on her wrestling shoes for this one – particularly since she is training at Xtreme Couture.

I like Cheyanne Buys to get the job done, but I see absolutely no value at -170.

Sean Strickland is a savage, both inside and outside the octagon. His fighting style is brutal and unpretentious, just like his personality!

He has a snappy jab, which he uses to set up the rest of his offense. As far as boxing-centric strikers go, he’s very good at what he does, although I feel he has some defensive issues.

“Tarzan” utilizes an upright stance and his head is always on the centerline. He should have great success by pressuring Uriah Hall and forcing him to fight off the back foot, but there are bound to be some sketchy moments for him as Hall’s power shots whistle past his chin.

Hall is not great at winning minutes, but he’s a fantastic opportunistic finisher. If you give him a slight opening, he’ll time you with a right cross or spinning head kick to detach you from your consciousness.

It looks like he’s refined his fundamentals under the tutelage of Sayif Saud at Fortis MMA and he’s added a sharp jab to his game. That said, he often struggles to hold his ground and it feels inevitable that he will be the one backing up in this fight.

Hall can also be taken down, although his submission defense is solid. Strickland is the superior grappler, but I think he’s too much of a meathead to execute a wrestling-heavy game plan (much to the pleasure of UFC fans worldwide).

I’d be tempted to take a shot on Sean Strickland if the lines tighten up, but I can’t play him at -210.