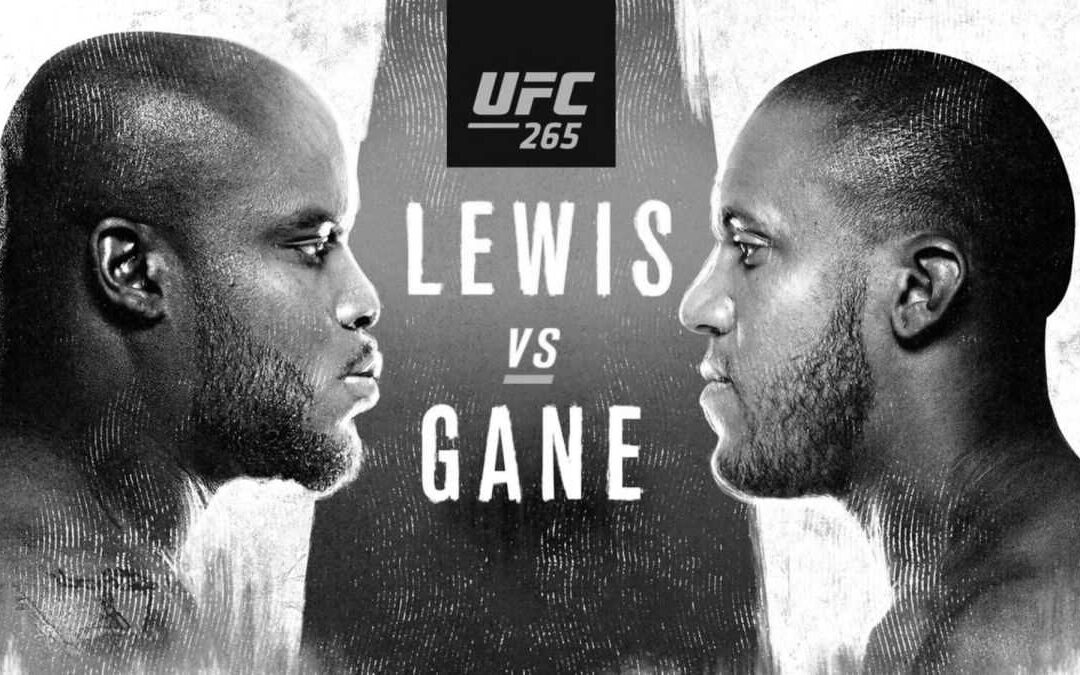 UFC 265 looks like an atrocious card for betting and I’m going to keep my action limited. I don’t see much value on these lines and we’ve seen some highly questionable judging in Texas in the past.

Remember guys, it’s a marathon not a sprint. The worst thing you can do is dig yourself in a hole on a card like this, only for great opportunities to emerge in the following weeks.

Fighting from the southpaw stance, Casey Kenney is a skilled kickboxer and with great body kicks and inside low kicks against orthodox opponents. His hands aren’t bad either, although his boxing defense leaves much to be desired.

With a high school wrestling background and a black belt in both judo and BJJ, Kenny is a savvy grappler. I remember playing him at +150 against a very limited submission specialist in Manny Bermudez a few years ago, which was awesome!

Hailing from China and training out of Team Alpha Male, Song Yadong has the advantage in terms of pure boxing. His straight right is like a piston and he is blessed with concussive power (early in the fight, at least).

While he has a fast sprawl, he can leave himself open for reactive takedowns and is liable to get controlled on the mat – particularly once his fast twitch explosiveness is depleted.

Both men have a tendency to slow down late in fights, so this could come down to which fighter is able to outlast the other.

I have to side with the more complete mixed martial artist in Casey Kenney, but I’m not confident by any means.

Coming from a traditional martial arts background, Tecia Torres likes to blitz forward with flurries of punches and often punctuates her combinations with kicks. She moves light on her feet and has a speed advantage over most strawweight competitors – which is useful because she is always undersized.

Torres isn’t really a wrestler, but will sometimes shoot a takedown at the end of rounds to leave a good visual in the eyes of the judges.

With clowns like Adelaide Turd and Sal Tomato being paid to judge this sport and determine who gets a full paycheck or not, a takedown with no damage can often outweigh a losing round on the feet in this era of MMA.

Angela Hill is more of a standard Muay Thai striker. She throws clean combinations down the pipe and is nasty in the clinch with her knees and elbows.

“Overkill” will continue producing output as long as the fight lasts and at 36-years-of-age, her cardio looks better than it was earlier in her career.

Her get up game has also improved greatly, although she still doesn’t have much off her back. I don’t think she’s going to be in any danger of being finished by Torres on the mat, but she needs to make sure she doesn’t concede too much time on bottom.

The bookmakers have Tecia Torres lined as a slight favorite, and that feels perfectly accurate to me.

Michael Chiesa is a fantastic MMA grappler with great body lock takedowns and chain-wrestling against the fence. He floats brilliantly on top and will stick to opponents like a bad rash, giving them no breathing room.

There are plenty of solid defensive wrestlers in the upper echelons at welterweight, which makes me think “Maverick” will find his ceiling sooner rather than later.

For as good as his grappling is, his striking is not up to par and the only ranked welterweight he’d beat on the feet is Demian Maia.

I’m not saying it will be this weekend, but it’s going to be a rough night for him when he inevitably gets stuck at kickboxing range and picked apart.

Under the tutelage of Henri Hooft, Vicente Luque has developed into an excellent kickboxer and does his best work when opponents are standing right in front of him.

Marching forward with his guard high, the Brazilian welcomes a war in the pocket and relies on his granite chin in tough situations.

Luque’s calf kick won’t be as effective against a southpaw in Chiesa, but the open stance match-up potentially opens up a body kick to the spleen instead. We’ll have to see what the coaching staff at Sanford have planned for this one!

This fight likely comes down to Luque’s takedown defense, which is difficult to ascertain since he has primarily fought strikers. He conceded a body lock takedown against Randy Brown in 2020, but was able to get back to his feet.

The last time Luque faced a strong wrestling attack was in 2017 against Leon Edwards, and he’s certainly improved since then.

I’m leaning with Michael Chiesa and I think the value is on his decision line at +220.

The calf kick is one of the most effective weapons in modern MMA, and Pedro Munhoz has mastered the technique. In a pure boxing match, Munhoz would’ve got wrecked by Jimmie Rivera, but was able to get his low kicks going and earn a clear decision victory.

Munhoz is slow-footed and his hands are nothing special, but he’s blessed with an iron chin and welcomes pocket exchanges for that reason.

Technique for technique, I feel that “The Young Punisher” is at a disadvantage. However, his ability to walk through fire and deliver damage until the final bell will be crucial for him here – especially against an opponent with a lot of mileage on his body.

Jose Aldo is also a phenomenal low kicker, although they’ve disappeared from his game in recent years. Importantly, he knows how to check kicks and I’d be surprised if he allows Munhoz to just tee off on his lead leg without dishing out his own retribution.

Aldo trains with high level Muay Thai strikers every day at Nova Uniao and I don’t think Munhoz will have the same efficacy with his low kicks as he did in his last fight against the boxing-centric Rivera.

As far as pure boxing goes, Aldo is levels ahead. I think his jab, left hook and body shots will all find a home against the defensively porous Munhoz.

The biggest fear I have for Aldo is that he just gets walked down and out-worked. He must be killing himself to make the bantamweight limit and he’s facing a bonafide cardio machine.

With everything considered, I think there is some value on Jose Aldo at pick ‘em odds.

The main talking point surrounding Cyril Gane is the contrast between his fighting style and physical stature. The Frenchman is a hulking heavyweight, yet fights like a fleet-footed Muay Femur.

Gane is faster, more agile, has better cardio, has the vastly superior striking acumen and is the more skilled grappler to boot.

Prioritising defense, I believe Gane will want to hang at a safe distance, landing jabs, low kicks and body kicks when he switches to southpaw. His entire game plan will be centered around not putting himself in a position where Derrick Lewis can land his atomic right hand and finish the fight against the run of play.

In his own admission, Lewis is not a martial artist. The man has “Knockout King” tattooed on his chest and is all about acquiring cold hard cash, not accolades or validation (which is something I respect a lot).

Being out-matched in terms of skill is nothing new to Lewis, but he’s made a career out of capitalizing on minor openings.

That said, Gane isn’t going to throw an idiotic knee in the pocket with his hands low like Alexander Volkov or level change onto an uppercut like Curtis Blaydes. If anyone can deal with what Lewis brings to the table, it’s “Bon Gamin” and I have a hard time seeing him screw this up.

Cyril Gane is the pick and I can’t argue with the -350 price tag.