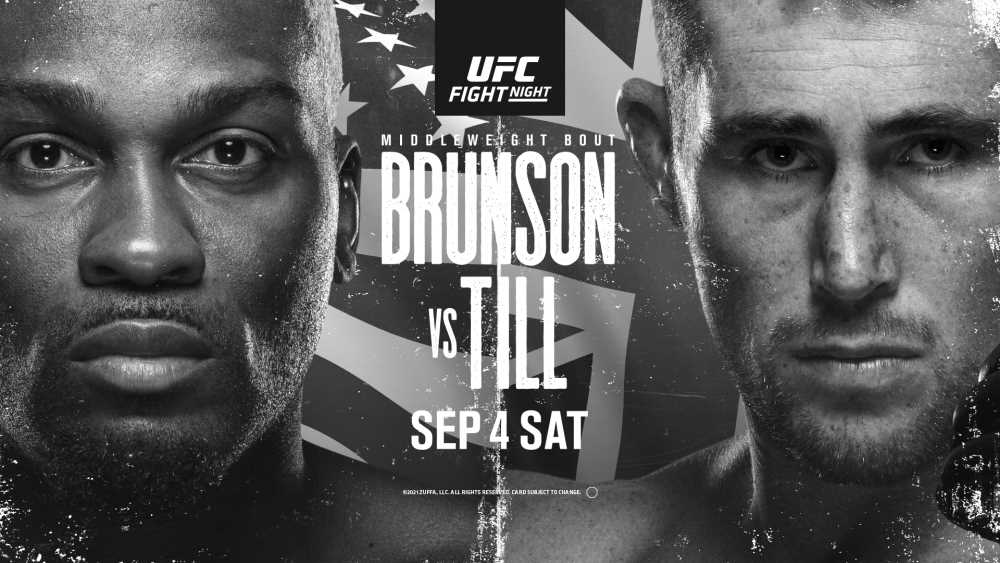 I like UFC Fight Night 191 from a betting perspective and I think there are quite a few valuable spots. As always, here are my breakdowns for the main card.

Paddy “The Baddy” Pimblett is someone I’ve been watching on the UK regional circuit for a while now.

The Liverpudlian is a good back taker with slick submission skills, but there are a lot of holes in his game and he’s renowned for his outspoken personality more than his fighting ability.

Pimblett has been able to take down and submit lower tier opponents, but has struggled whenever he’s stepped up against tougher competition. I also feel like his athletic ceiling is quite low and he has a tendency to slow down in fights.

On the feet, Pimblett throws a random repertoire of strikes with no process. He also backs up with his chin sky high, which could get him clobbered this weekend by Luigi Vendramini – who blitzes forward throwing punches in bunches.

Like Pimblett, Vendramini comes from a grappling background and has a black belt in BJJ. I suspect the Brazilian will have the advantage in both strength and athleticism, which could play out in the second half of the fight.

Working with high level training partners and coaches at Factory X, I would expect Vendramini to be making improvements from camp to camp.

This fight could be an ugly mess, but I think the value is with Luigi Vendramini at +135.

Khalil Rountree is a fighter with terrific finishing abilities, but he hasn’t lived up to his potential as a light heavyweight contender.

Fighting from the southpaw stance, Rountree is known for his atomic left hand, check right hook as well as hard body kicks and low kicks with both the lead and power leg.

He has the gift and curse of being a fast twitch athlete. When he lands the right shot, he can detach any competitor from their consciousness, but he also has a tendency to slow down and get out-hustled.

He will be on a seek and destroy mission against Modestas Bukauskas, who will look to stay on his bike and land peppering shots from the outside.

Bukauskas performed well in his last fight against Michał Oleksiejczuk (also a southpaw), and was unlucky to lose a decision. In that performance, he showcased clean boxing combinations as well as front kicks to the mid-section (which I feel will be useful in this bout as well).

The biggest problem for Bukauskas is his boxing defense. “The Baltic Gladiator” is supremely hittable and open to counters, which is a bad deficiency to have against an opponent that hits like a truck.

The bookmakers have lined Modestas Bukauskas as the -150 favorite, and that seems perfectly accurate to me.

With no disrespect intended, Alex Morono is not a fighter that I am high on. I successfully faded him against Anthony Pettis and lost my money trying to fade him against Donald Cerrone in his last fight.

While a first round finish against a veteran like Cerrone looks good on paper, I think Cerrone needs to retire sooner rather than later because he looked unbelievably shot in that performance.

Morono has started to straighten up his punches (which would be wise here), because he has been known for brawling and throwing wild looping shots in the past. He has some pop in his hands, but his defense leaves much to be desired and he is particularly open to the body.

While he possesses a black belt in BJJ, Morono lacks takedown defense and is not effective at fighting off his back. He’s also not very athletic and tends to slow down in fights.

David Zawada throws a nice 1-2 as well as thudding calf kicks, but he’s there to be hit with little to no head movement.

He’s been training at American Top Team for this camp and it sounds like he’s benefited from sparring with the likes of Santiago Ponzinibbio, Gleison Tibua and other high level athletes.

I wouldn’t say Zawada is a great wrestler, but you don’t need to be an NCAA All-American to take down the likes of Morono. If both men start to tire, whoever lands on top in the grappling exchanges will likely find himself ahead on the scorecards.

I think there is some value on David Zawada at +115, I would cap him as the favorite.

A fast and athletic combatant, Tom Aspinall looks like one of the most promising prospects in the heavyweight division.

His crisp boxing separates him from other heavyweights and his hand speed is excellent for a big man.

If he can back Sergei Spivak up against the fence, I think he’s live to land a devastating flurry and add another finish to his highlight reel.

Aspinall has a black belt in BJJ and looks savvy on top, but it’s hard to get a full read of his grappling abilities given how quickly he finishes fights. You’d have to go back a long way to get a look at his takedown defense and it’s impossible to know how much he’s improved in that area over the past few years.

This is what makes the fight hard to bet, because it’s entirely possible that Aspinall is a front runner (he slowed down against Andrei Arlovski) and we know that Spivak will try to wrestle.

We saw Spivak hit takedowns on Carlos Felipe, Tai Tuivasa as well as Jared Vanderaa, and the hulking Moldovan is competent on top. He’s happy to stay in half guard and land peppering shots, but will look for a back take if it’s available.

Spivak is nothing special on the feet, but he has a decent jab and might be able to hold his own if he doesn’t get nuked in the first couple of minutes of the contest.

I’ll pick Tom Aspinall to win, but I can’t pay -250 given the unknown variables.

Darren Till vs. Derek Brunson

Darren Till is one of my favorite strikers to watch in the UFC. The Liverpudlian comes from a background in Muay Thai and fights out of the southpaw stance.

Against another southpaw in Kelvin Gastelum, Till showcased crisp 1-2 combinations as well as powerful calf kicks. He has excellent footwork and a superb understanding of distance.

The biggest criticism of Till is his work rate (which he is aware of). It’s awesome when he makes reads and lands the perfect shot to drop and rock opponents, but he’s liable to lose rounds on volume if he doesn’t throw more than he has in the past.

Till has strong takedown defense and is good at digging for underhooks. He also has plenty of clinch fighting experience from his Muay Thai background, which should come in handy here.

However, he doesn’t offer much when you get him flat on his back – and that is the last place he wants to be against a tenacious wrestler like Derek Brunson.

Once known for his reckless approach, Brunson has tidied up his game at Sanford MMA and is having a late career resurgence at 37-years-of-age. That said, he has also been the beneficiary of favorable matchmaking.

Kevin Holland can’t stuff a takedown to save his life, Edmen Shahbazyan has one round of gas and Ian Heinisch simply isn’t a legitimate contender at middleweight.

The archetype to beat Brunson is a strong defensive grappler that can knock his block off, and he’s facing it this weekend.

I don’t give Brunson much of a chance in open space. He must close the distance safely, grab hold of the body lock and chain attempts until he secures top position.

Based on what I’ve seen, I just don’t think he can do that consistently and he is liable to get knocked unconscious whenever the fight stays standing. He hasn’t been finished for a while, but it looks to me like he’s packing glass and it’s only a matter of time before he gets starched again.

I think there was some solid value on Darren Till around the -140 mark, although the value is starting to disappear at -180.