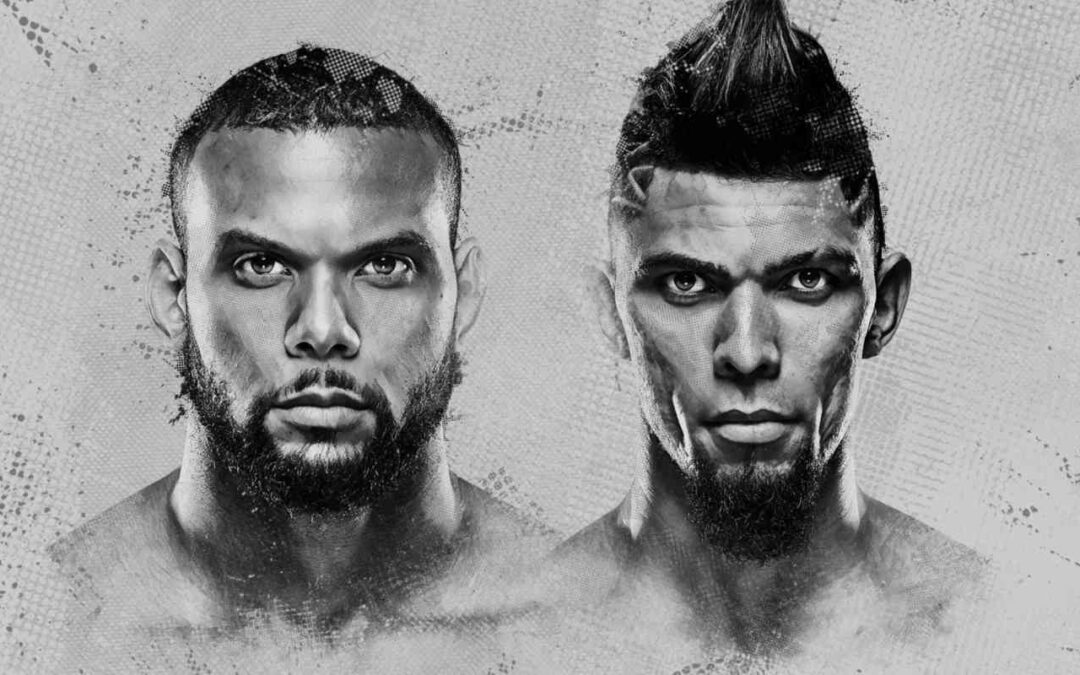 In my humble opinion, UFC Fight Night 193 sucks for betting. I am hoping there are some good live bet spots, because I feel like a lot of the odds available are pretty accurate.

Macy Chiasson has an excellent frame for the bantamweight division and will have a significant height and reach advantage (although as we know, reach doesn’t usually play a factor in women’s mixed martial arts).

While defensively flawed, Chiasson is a dangerous striker. She throws powerful combinations down the pipe and will unleash on smaller opponents with elbows and knees in the clinch.

Physicality is a great asset to have, but it can only carry you so far and Chiasson needs to close some holes in her grappling game. She has suffered from subpar takedown defense in her career thus far and she struggles to get back to her feet against stronger grapplers.

I feel like Chiasson has a great chance to win exchanges standing or potentially even find a knockout against Aspen Ladd (who is also extremely hittable), but sooner or later I expect her to get reckless and walk onto a reactive takedown.

Ladd’s boxing is basic, but she is capable of finishing whenever she secures top position. She has some of the best ground and pound in women’s MMA and is renowned for shrieking like a banshee as the referee pulls her off her battered opponent.

Fight doesn’t go to decision is the line that stands out to me at +125.

I’m going to be interested to see what Misha Cirkunov looks like on the scales for his middleweight debut, because I think this is a very winnable fight if he can make weight safely.

The Canadian isn’t known as a striker, but I believe he will have the advantage on the feet. He has a good left hand and likes to use the left body kick against orthodox opponents, which makes me think he will go for the calf kick against another southpaw this weekend.

Cirkunov was very physically strong at light heavyweight and is a legitimate black belt. He is a good transitional grappler and will be hunting the finish from the second the fight hits the mat.

That said, I’m not sure whether or not he will be able to wrestle Krzysztof Jotko – who has good takedown defense himself and is also a skilled scrambler.

Despite training at American Top Team for years, Jotko hasn’t made the kind of improvements that I would have expected.

The Polish fighter moves in a herky-jerky fashion and is extremely awkward to face. I wouldn’t call him fundamentally sound and he has a bad habit of retreating with his chin sky high – which got him popped repeatedly against Sean Strickland.

I think there is some value on Misha Cirkunov at +130, I would cap him as a slight favorite.

By all accounts, Alex Oliveira is the superior mixed martial artist.

When he’s fighting intelligently, he uses great lateral movement and chips away at opponents with low kicks, front kicks and long straight punches.

He’s also a skilled grappler and this could be a wise path to victory against an opponent who is useless off his back. However, he uses a lot of brute strength to score his takedowns – which negatively impacts his cardio.

I think there is a great chance the Brazilian wins the first round, but his tendency to slow down could get him in major trouble here.

Niko Price is supremely hittable and open to counters. He also tends to load up and swing for the fences.

In terms of pure skill, Price doesn’t belong at the UFC level – but his dogged determination to stay in fights and vicious finishing ability makes him a dangerous combatant.

If Price doesn’t get put away early, I can see him working his way into the fight and landing heavy artillery against a gassed opponent in the later stages of the bout.

Niko Price is the pick, but I’m waiting for a potential live bet spot on him.

Coming from a traditional martial arts background, Kevin Holland is a fantastic striker – both at range and in the pocket. He has fast hands, good movement and a brilliant vocabulary of strikes in his arsenal.

The biggest problem for “Big Mouth” is his bad takedown defense. He has some skills in terms of pure BJJ, but can be easily controlled by savvy grapplers – particularly as his gas tank abandons him later in fights.

Holland is in his prime at 28-years-of-age, so there is plenty of room for him to make improvements. It sounds like he’s been working on his wrestling with Johnny Hendricks for this camp, so it will be interesting to see if he looks better.

Kyle Daukaus isn’t a bad striker by any means. He has fast hands and good body kicks, but is certainly more slow-footed than Holland.

I don’t think Daukaus will be looking for a kickboxing match here. His goal will be to punch his way into the clinch, where he executes body lock and trip takedowns (which Holland has been susceptible to in the past).

Daukaus is the vastly superior grappler and should be able to inflict damage or potentially find the submission if he gets a dominant position.

It’s a simplistic way to look at the fight, but I think this solely comes down to Kevin Holland’s takedown defense – which may or may not have improved since the last time we saw him.

If I’m forced to pick a side, I think the value is with Kyle Daukaus at +130, but I’m not confident whatsoever.

This is some great matchmaking as two of the most powerful light heavyweights on the roster lock horns in this main event slot.

Thiago Santos is an explosive Muay Thai striker with hard kicks from the southpaw stance, powerful hooks at close range and better cardio than one would expect (considering his fighting style).

It’s worth mentioning that Santos went through horrendous knee surgeries and is getting a bit long in the tooth at 37-years-of-age. I’ve seen people say he looked tentative and declined against Aleksandar Rakic, but I suspect he just didn’t want to get caught swinging and missing with his power shots against an elite striker.

Santos has a black belt in BJJ and isn’t afraid to grapple if he feels he has an advantage on the mat. He took down Kevin Holland in a previous bout and may do the same against Johnny Walker – who is not good off his back.

Walker is a spectacular finisher, but lacks fundamentals. His boxing defense is particularly bad and I have major questions about his durability at only 29-years-of-age.

It seems like he has made a home at SBG Ireland, which I don’t think is a great fit for his style. It looks like he has an Irish girlfriend, so perhaps this was a significant factor in choosing his camp?

It wouldn’t surprise me in the slightest if Walker finished the fight with a flying knee or destructive barrage of elbows in the clinch, but all of his big explosive movements come at a cost.

Walker typically slows down when he can’t get the early knockout and I wouldn’t be surprised if we see the same thing again.

I like Thiago Santos as an outright pick, but I’ll pass on betting him at -160. I will be looking for a live bet opportunity if Santos takes a beating and survives.