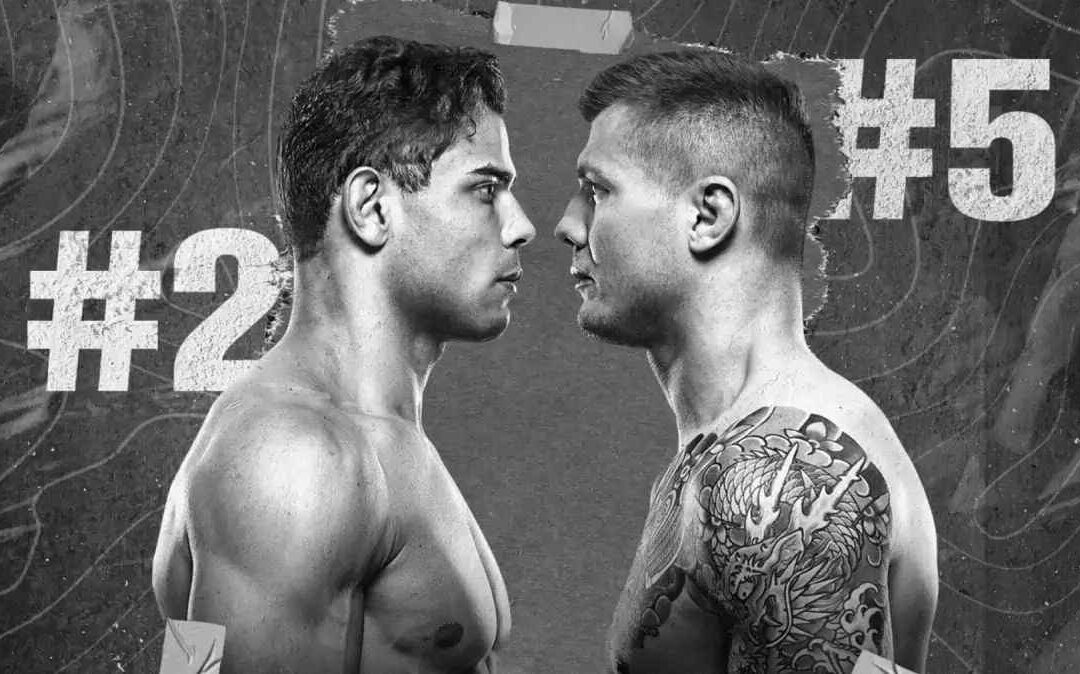 Here are my main card picks for UFC Fight Night 196.

This light heavyweight bout is bound to be a mess, as both men are known for walking forward and head hunting.

Nicolae Negumereanu allegedly comes from a wrestling background, but that doesn’t appear evident in his footage. Instead, he likes to block punches with his face and load up with his power right hand.

To say the Romanian fighter lacks finesse is an understatement, but he has plenty of time to improve at 27-years-of-age.

Furthermore, he is blessed with a granite chin, so he can get away with lacking in defense (for now, at least).

Ike Villanueava is also extremely limited, but this seems like the perfect match-up for him to showcase his boxing. The Texan is pretty slow-footed, but has far more finesse with his hands than his opponent.

If both men stand in the pocket and slug it out, I think Ike Villanueava’s superior shot selection will get him the win and I see value on his +190 moneyline.

Dwight Grant is one of the most awkward strikers in the UFC. He is extremely long in the limb and most of his shots come from weird angles.

Primarily a counter-striker, Grant wants his opponents to swing on him so he can catch them off guard with one of his big looping shots and put them out. He is either in explosive fire fights or tentative low volume affairs (which I suspect this will be).

At 43-years-of-age, Francisco Trinaldo is still competing at the highest level. The wheels have to start falling off soon, but he held a good account of himself in his last bout against Muslim Salikhov (even though he lost on the scorecards).

The Brazilian veteran is the far more fundamental striker and throws a crisp left hand as well as hard kicks to the body and head. While he isn’t the fastest guy in the world, he has good timing and can make opponents crumple with a single precise counter.

Against another southpaw, he may try and land low kicks in order to negate his height and reach disadvantage.

I’m expecting a close fight, but I think there is a bit of value on Francisco Trinaldo as a slight favorite.

Coming from a traditional martial arts background, Alex Caceres likes to fight at distance and piece opponents up with long straight punches and an array of kicks from the southpaw stance.

He has a nice check hook that he catches opponents with when they get over-aggressive and his defensive grappling has improved in recent years.

At 33-years-of-age, “Bruce Leroy” has put a nice win streak together – although he’s benefitted from some favorable matchmaking and has primarily fought grapplers who haven’t been able to implement their game plans against him.

He has a much tougher test this weekend in Seung Woo Choi, who previously represented Korea at the international level in Muay Thai.

Choi likes to apply pressure and throw strikes in combination. He is dangerous in the clinch and may have a grappling advantage here (should he choose to use it).

The Korean fighter stands 6’0 and has an insane 74.5-inch reach for a featherweight. I think he can be a legitimate contender in the division.

While I think this will be more competitive than the odds suggest, I see Seung Woo Choi getting ahead on volume and winning a clear decision victory.

At 26-years-of-age, Panama’s Joselyne Edwards looks like a raw prospect. She throws nice long hooks and low kicks, but she is hittable, lacks takedown defense and can be controlled on the mat.

She is a decent athlete and Rafael Cordeiro is the perfect coach to bring her fundamentals up to scratch.

That said, it’s unwise to bet on potential improvements and you can only go on what the footage tells you.

While she’ll be giving up a bit of size and power, Jessica-Rose Clark has the cleaner boxing and is the far more seasoned grappler.

The Australian could be in trouble if she gets stuck at distance for prolonged periods, but I expect her to take the front foot, land offense in the clinch and proactively grapple – which should be enough to get her the victory here.

Betting against a young, athletic opponent at a good camp is always a little sketchy, but I think this is a good match-up for Jessica-Rose Clark.

Ricky Glenn is a gritty, blue collar dude and there is nothing pretentious about his style. He likes to march forward like a zombie, wear on opponents in the clinch and make fights as ugly as possible.

He is coming off an amazing knockout victory over Joaquim Silva, but the fight ended so fast that it’s hard to take anything away from it.

Unless he’s picked up some new skills between now and his 2018 loss against Kevin Aguilar, I think he’s in for a rough night against Grant Dawson – who has him out-matched in every facet.

Dawson isn’t the most refined striker, but he has a decent right hand and will reliably throw kicks to the open side against a southpaw opponent.

He excels in the grappling department and was renowned for manhandling opponents in the featherweight division and keeping up a hellacious pace. It will be interesting to see if he can perform in the same way at lightweight, because he doesn’t look undersized in the slightest.

I don’t think there is any value on Grant Dawson at -400, but it’s hard to pick against him in this spot.

I don’t know what’s up with Paulo Costa, because asking for the fight to be moved to catchweight at the last minute suggests he is not taking things as seriously as he should be.

The Brazilian was always a huge middleweight and it might be time for him to move up to the light heavyweight division, even with his tiny reach.

At his best, Costa was a terrifying pressure fighter and one of the best body rippers in the UFC. He throws ferocious combinations in the pocket and loves to fire body kicks against southpaw opponents with his power right leg.

The biggest problem for Costa is that all his explosivity comes at a cost. Against Yoel Romero, he held a good account of himself for the first two rounds and then dropped the third – so how is he going to pace himself in a five round fight against a durable opponent with a proven gas tank?

While Marvin Vettori may not hit as hard as his musclebound physique suggests, I consider him to be the more technical striker and it’s evident that he spars with high level professional boxers on a regular basis.

The Italian has a beautiful pull counter with his left hand and is an underrated grappler too.

I don’t think Vettori will have success in the grappling realm while Costa is fresh, but things may change if he can drag the hulking Brazilian into deep waters and drain that gas tank.

I like Marvin Vettori here and I think you made a good bet if you got him around the -120 mark.