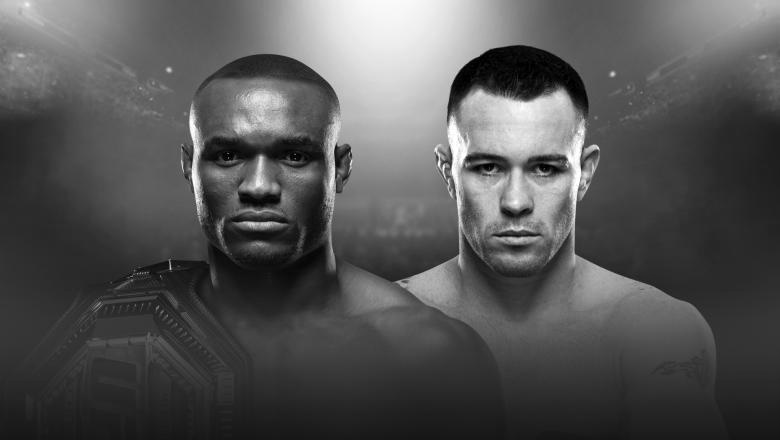 Check out my main card betting predictions for UFC 268, which is a stacked event from top to bottom.

I think Michael Chandler made the transition to the UFC a little late in his career, because he has a lot of mileage on his body. He got rocked and dropped numerous times in Bellator and we saw him get brutally finished at the hands of Charles Oliveira in his last bout.

That said, he is still a great athlete with explosive power in both hands. Over the years, he has developed plenty of cunning tricks in order to set up his power shots – and he only needs one!

The way he programmed Dan Hooker to fear the right overhand before cornering him against the fence and blasting him with the left hook was beautiful to watch.

I think he’ll need a similar sequence in order to win this fight. He’ll have to step in, throw something as a smoke screen and then land the kill shot.

If he gets into prolonged exchanges in the pocket or stuck at kicking range, I think Chandler is in big trouble.

Justin Gaethje is the more technical boxer and certainly the more proficient counter-puncher. “The Highlight” also has some of the nastiest low kicks in the lightweight division.

While Gaethje has also taken a huge amount of damage in his career, it typically takes a sustained beating to get him out of there. If the fight does turn into a slug fest, I like his odds in that scenario.

Speaking of fighters who have taken a lot of damage, Shane Burgos is another example.

It’s okay to take a punch in order to give one back if you have a granite chin, but relying on your toughness is not the recipe for a long and healthy career.

Burgos took major damage against Josh Emmett and was finally finished by strikes in his last bout against Edson Barboza.

As fun and entertaining as he is, his style is not remotely viable without a solid chin. At 30-years-of-age, it’s possible that his durability is declining hard.

It would be a shame if Burgos doesn’t reach his potential, because he has plenty of great attributes. He’s huge for the featherweight division, has an excellent jab, nasty body shots and slick combinations in the pocket.

He is also notoriously difficult to take down and can maintain a pace, which should be crucial against Billy Quarantillo – who aims to overwhelm opponents with a tenacious grappling onslaught.

If Quarantillo gets stuck on his feet (and I think he will), I don’t believe he has the finesse to hang with a guy like Burgos. Quarantillo can definitely crack, but he is primarily known for winging wide power shots – and a straight punch beats a wide punch to the target!

When Marlon Vera first entered the UFC, I wasn’t high on his skill set – but he has transformed into an unstoppable force in recent years.

While he isn’t the most talented out-fighter, the Ecuadorian has a granite chin and it’s nearly impossible to gain his respect. You could throw a brick at his head and it still wouldn’t deter him from marching forward and landing devastating knees and elbows at close range.

Interestingly, Vera has primarily fought strikers in his UFC career and has fared well.

He is lethal at choking dudes out when the opportunities present themself, but his wrestling looks a bit suspect and he will sometimes jump for guillotines instead of defending the takedown.

Frankie Edgar is long in the tooth for a bantamweight at 40-years-of-age, but he has been renowned for his endless gas tank throughout his career. Furthermore, “The Answer” is great at blending his boxing and wrestling together in order to perplex opponents and catch them off guard.

As soon as he gets you thinking about his hands, it’s only a matter of time before he dives in for a double leg.

We could see a scenario where Vera concedes control time but still finds the finish or wins on damage optics, but this is a difficult match-up for him on paper.

Call me crazy, but I’m picking Frankie as the +150 underdog this weekend.

I was fortunate enough to cash on Rose Namajunas as a +170 underdog the first time these two women fought, but I’m not going to act like a genius because of it.

It was beautiful the way Namajunas faked the low kick before coming up high to land the knockout, but I don’t think such a scenario is likely to be repeated.

The main talking point before the fight was how Namajunas would handle herself down the stretch, and we didn’t have these questions answered.

Skill for skill, Namajunas is the more refined mixed martial artist. She has fantastic footwork and an extensive repertoire of long range attacks, but it’s difficult to stick and move for five rounds with an explosive bull coming at you.

Weili Zhang has fast hands and legitimate power for a strawweight fighter. She will also be the fighter on the front foot, which should be less draining to her gas tank as the fight progresses.

If she can tie up, I think she has a good chance of compromising Namajunas with hard elbows and knees in the clinch.

Additionally, she has been working with Henry Cejudo for this camp. While Cejudo might have one of the worst personalities in the history of the sport, he has a fantastic mind for fighting and I’d expect him to devise a smart strategy which involves turning up the pressure as the fight goes on.

On UFC Embedded, Cejudo talks about leg kicks and wrestling being of benefit to Zhang – and I can’t argue with that (although she probably doesn’t want to tangle with Namajunas on the mat when both fighters are fresh).

I think the value is on Weili Zhang at pick ‘em odds, but I’m hoping that she drops the first round for a live bet entry.

It will be interesting to see Kamaru Usman and Colby Covington run it back, because the first fight was more competitive than people would have you believe.

While Covington stood at range and entertained a brawl, I wouldn’t be surprised if we see him switch things up in this fight.

I think he’ll be fine at kicking range or in the pocket throwing combinations, but he does not want to be at a distance where Usman can pop him with his stiff jab or thunderous right cross.

I expect to see a bit more head movement and defensive savviness from Covington. He is at a new gym in MMA Masters and it sounds like he is getting a lot more individual attention these days.

That said, Usman’s boxing is looking better than ever under Trevor Wittman. He is not the most natural striker and is still a little stiff, but his straight punches are extremely crisp and I expect him to target the body just like he did in the first fight.

Both fighters are improving and it’s going to be interesting to see the strategies deployed by both camps.

I can see why Kamaru Usman is the favorite, but I would not recommend betting him at -300. If you’re going to play this fight, it’s a dog or pass situation.