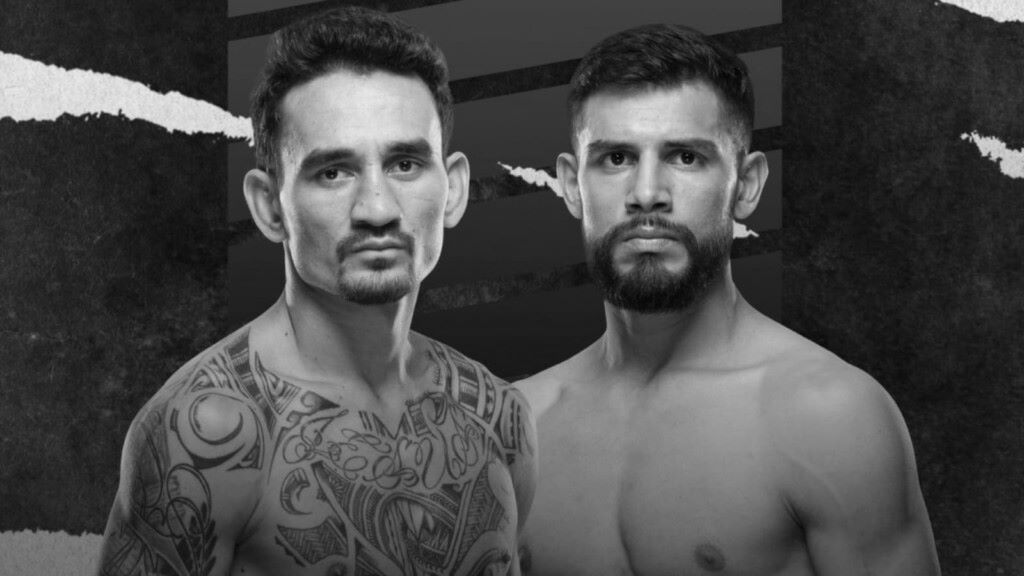 UFC Fight Night 197 feels a bit underwhelming after two blockbuster events, but I’m not one to complain about a UFC card that I can bet cold hard cash on. I won’t have much action this weekend, but here are my main event picks nonetheless.

Cynthia Calvillo hasn’t looked good in her past couple of fights. Of course, Katlyn Chookagian and Jessica Andrade are no pushovers, but both performances were concerning.

While Calvillo’s boxing is functional, she is never going to compete with the top female flyweights on the feet. Her suffocating top game is her best attribute and it’s imperative that she gets the fight to the mat as early as possible.

The problem for Calvillo is that she isn’t a great wrestler and often relies on catching kicks and converting them into takedowns. It’s entirely possible Andrea Lee will give her those opportunities.

Lee is a solid Muay Thai striker with nice upper body movement and slick combinations, but she concedes takedowns in nearly every fight. To her credit, she is difficult to hold down and usually finds a way to get back to her feet – but she cannot afford to spend too much time on her back in this contest.

If the fight stays standing, Lee should dominate – but I don’t trust her fight IQ. I could see her consistently win exchanges before giving up her back via an idiotic spinning attack or getting slammed to the canvas when one of her kicks gets caught.

If Andrea Lee fights to the best of her abilities, it should be her fight to lose – but you can bet there will be some sweaty moments if you’re laying money on her.

Standing 6’3, Joel Alvarez has one of the most absurd frames in the lightweight division. He is impossibly long in the limb and will look to rack up damage at kicking range where most opponents can’t touch him.

The Spaniard is dangerous, but not fundamental. As an opportunistic grappler, he can snatch up a neck or an arm if you give him half a chance, but he has absolutely no takedown defense and it’s only a matter of time before he loses a decision by being controlled.

You can hit submissions on the likes of Joe Duffy or Alexander Yakovlev, but I don’t think you’ll have much luck trying to finish a legitimate black belt like Thiago Moises off your back.

I think Moises can compete perfectly fine in a kickboxing match, but securing top position would be the path of least resistance here.

I just can’t stomach playing Thiago Moises at -250, but he should cruise to victory in this favorable match-up.

If you haven’t seen Miguel Baeza vs. Santiago Ponzinibbio on Fight Pass, go back and watch it because that was one of the best fights of 2021.

In that contest, Baeza got off to an early lead and showed off his impressive striking acumen at kickboxing range.

However, he wasn’t able to maintain his lead and eventually fell behind on volume when Ponzinibbio attacked with sustained pressure and took advantage of his porous boxing defense.

Baeza stands very upright and could be vulnerable against an explosive boxer this weekend, but I don’t think Khaos Williams can apply pressure continuously.

Williams has fast hands and is a dangerous counter-puncher, but he is prone to periods of inactivity. I can just see him staring intensely waiting for the perfect shot while Baeza chips away at him from the outside.

I like Miguel Baeza stylistically and I think there might be some value on him as a -135 favorite.

Ben Rothwell has been a staple of the UFC’s heavyweight division for over a decade, but no one stays at the top forever.

The hulking Wisconsin native was never the most nimble competitor, but awkward upper body movement, use of angles and relentless pressure made him difficult to deal with.

If his durability is declining, his style won’t be viable for much longer. I thought he looked pretty stiff and old against Chris Barnett and I haven’t seen him look top notch since before his USADA suspension.

Even if he is a little long in the tooth, Rothwell is as gritty as they come and he might be able to bring the quit out of Rogerio de Lima.

The Brazilian fighter is a skilled Muay Thai striker with hard leg kicks and devastating combinations in the pocket. He doesn’t pace himself well and often expends too much energy in the first round before imploding later in the fight.

Despite possessing a black belt in BJJ, de Lima is incredibly bad off his back and recently tapped to a forearm choke against Alexander Romanov.

I’m hoping for a live bet spot on Ben Rothwell after he inevitably gets the piss beaten out of him in the first round and moves to a significant underdog.

If you give Yair Rodriguez room to maneuver, he is one of the most spectacular kick-centric strikers in the UFC. Unfortunately, he doesn’t possess the pure boxing ability to keep opponents at kicking range and is vulnerable in the pocket.

That is a bad problem to have against Max Holloway, who has an endless gas tank and some of the best hands in the UFC.

While Holloway might absorb some leg and body kicks in the first round, it’s only a matter of time before he closes the distance and launches an onslaught.

I’m surprised Rodriguez took this fight, because I think this is a nightmare match-up for him.

There is no value on Max Holloway at -700, but I think he can get the job done inside the distance and +130 isn’t a bad price to pay.