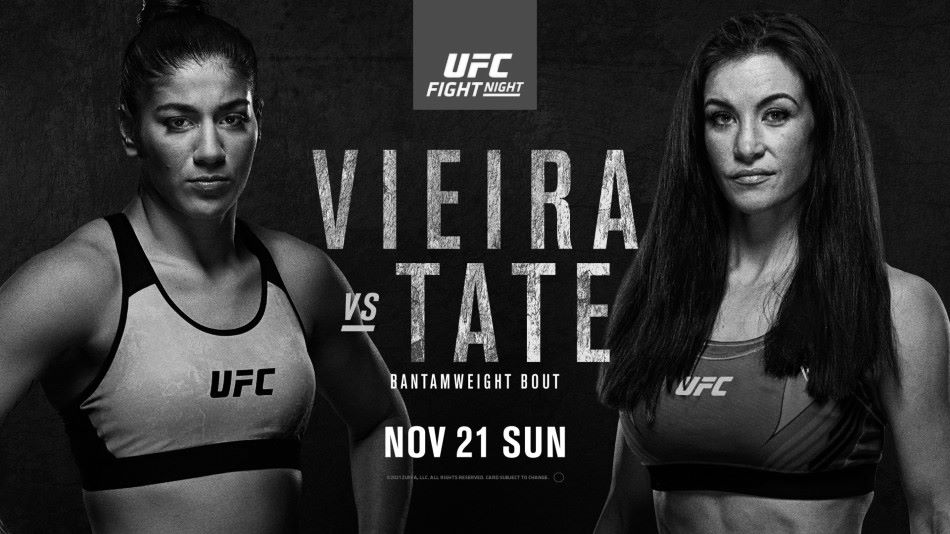 On the feet, Tucker Lutz has crisp boxing as well as powerful lead leg body kicks and switch kicks. He throws sharp counters and seems like a physically strong athlete.

Lutz is a lifelong wrestler and his takedown defense holds up well in the footage I’ve watched. He is also good at getting back to his feet if he gets taken down against the fence.

I was shocked when he opened as the +150 underdog, because this looks like a good match-up for him stylistically.

Pat Sabatini is a slick BJJ player and could potentially finish the fight if he scores an open space takedown, but I think he’ll struggle to get the fight to the mat if he doesn’t get the perfect entry.

Sabatini is the less physical athlete and I don’t like his chances of scoring takedowns against the fence.

While his boxing is serviceable and he has good movement, I think he is out-gunned in a kickboxing match and he looks defensively vulnerable.

I think there is value on Tucker Lutz at any plus number, I’d cap him around the -150 mark.

Since moving her training over to Syndicate MMA, Joanne Wood looks revitalized. She is fighting with better game plans thanks to her husband and head coach, John Wood.

The Scottish fighter comes from a Muay Thai background and she’s reliable to throw volume for as long as the fight lasts, but she’s not the most athletic combatant and has struggled to defend takedowns throughout her career.

I think she can dish out plenty of damage on the feet, but I can’t see her stopping the takedowns from Taila Santos – who is one of the strongest competitors in the women’s flyweight division.

I can see the Brazilian hit body lock takedowns and land peppering shots in half guard as the clock runs down – which will lead to a frustrating night for her opponent.

It’s hard to pick against Taila Santos in this spot, but I want nothing to do with her -350 moneyline.

As far as pure BJJ goes, Rani Yahya is one of the most skilled practitioners in the BJJ. He is dangerous on top and will threaten with submissions off his back in order to sweep his opponent and secure a dominant position.

His striking is nothing to write home about, but he throws with heat and can usually force the type of chaotic grappling-centric fight that he desires.

Yahya is getting a bit long in the tooth at 37-years-of-age and he’s never had a good gas tank.

Kyung Ho Kang is also predominantly a grappler, but he prefers to play on top and prioritizes positions over submissions. The Korean has good reactive takedowns and blends his grappling with his striking well.

I feel that Kang would be wise to try and turn this into a kickboxing match at range, where he would have a huge advantage. In addition to being much taller and longer than his opponent, he is the far superior technician and should be able to tee off in open space.

I feel the value is with Kyung Ho Kang at -115, but this might be a better fight to live bet.

Out of all of the fights on this card, I’m finding this the most difficult to get a read on.

Both men are tenacious grapplers with suffocating top games, and I don’t know who will prevail in that kind of contest. Furthermore, I wonder if the grappling acumen of both fighters will be neutralized and whether we’ll be in for a tepid kickboxing match?

In the second scenario, I believe Sean Brady has the better boxing fundamentals. Michael Chiesa has a decent left hand, but he mainly strikes to set up his takedowns and is at a disadvantage on the feet against almost all of the top welterweight contenders.

Both men are skilled grapplers, but I think Brady is more methodical and positionally sound. We’ve seen Chiesa get reckless when chasing submissions, which has led to him losing positions and getting finished himself.

Of course, Chiesa has faced the much higher level of competition, so it remains to be seen how Brady handles himself against another elite grappler.

I’m leaning with Sean Brady as an outright pick, but I think the best value is on over 2.5 rounds at -110.

A few years ago, I thought Ketlen Vieira might be the lady to dethrone Amanda Nunes. I’ve changed my stance since then.

The Brazilian is big for the division and has a well-rounded skill set, but she hasn’t looked great since her destructive knockout loss at the hands of Irene Aldana.

On the feet, Vieira has a good jab and nice flurries in the pocket, but she leaves her chin sky high and is there to be cracked.

The Brazilian is a black belt in both judo and BJJ, although I feel like she’s far more effective from top position than off her back (the same can be said for Miesha Tate).

While Tate had a favorable match-up in her comeback fight against Marion Reneau, her striking looked considerably better since her previous outing. She showed good timing and clean straight punches, which should serve her well in this contest.

Tate is a grappler first and foremost. She has good wrestling against the cage and is as gritty as you can get.

I think Tate may struggle in the first few rounds to get top position, but if she turns this into an ugly and gruelling fight – then I suspect her cardio advantage will prevail in the later rounds.

We’ve seen Vieira slow down fights before, and this would be the worst opponent for it to happen against.

I feel like both ladies are closely matched in terms of skill, but I see plenty of value on Miesha Tate at -105 due to her conditioning edge.