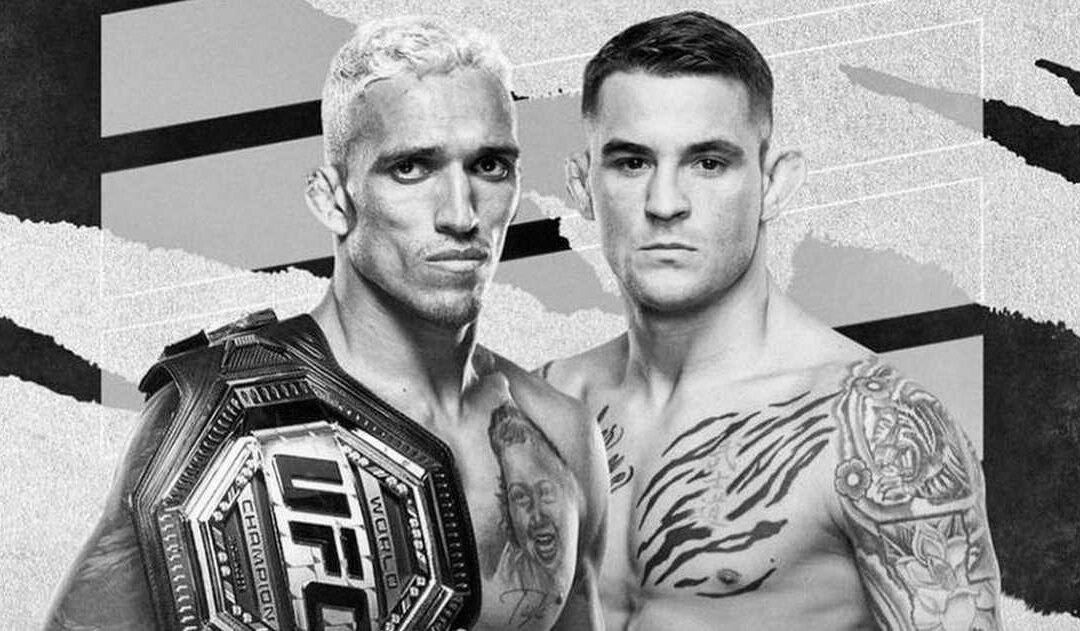 UFC 269 is one of the best cards of the year and I think there are some solid bettting opportunities. Here are my main card predictions from a betting perspective.

A long and rangy kickboxer, Sean O’Malley stands 5’11 and has an impressive 72-inch reach for a bantamweight fighter.

He is great at capitalizing on openings, moves brilliantly and has a beautiful vocabulary of strikes in his arsenal.

Against a more rudimentary and slow-footed opponent like Raulian Paiva, I think “Sugar” has all the necessary tools to put on a clinic in open space.

O’Malley looks a little uncomfortable in the pocket, but I just can’t see Paiva working his way inside consistently.

Furthermore, Paiva fights with his hands low and with minimal head movement – which is a recipe for disaster against a calculated sniper.

Paiva has a chance if he can compromise O’Malleys movement with leg kicks, force grappling exchanges or simply outlast his opponent after taking a beating like Homer Simpson – but none of those scenarios seem probable.

Sean O’Malley thrives against this style of opponent and I think there is some value on him to win inside the distance at plus money.

From a technical perspective, I consider Kai Kara-France to be the more advanced striker. He has good lateral movement, throws punches in bunches and picks his shots intelligently.

Like most of his stablemates at City Kickboxing, Kara-France is a fantastic out-fighter and a pleasure to watch.

However, he is quite hittable and open to counters.

The New Zealander emerged victorious against Tyson Nam (who is the most comparable opponent to Cody Garbrandt), but ate a lot of right hands in the process. He can’t afford to do so here.

Garbrandt relied on speed, athleticism and an atomic right hand in order to become the bantamweight champion of the world, but he was never the most sophisticated boxer.

His technical shortcomings have been exposed in the later stages of his career, particularly against Rob Font in his last bout.

Will dropping to a new weight class give him a new lease on life? Personally, I’m unsure.

If he can make weight safely without losing any of his speed or power, he should cause problems.

He was able to crash the distance and land on the notoriously elusive Dominick Cruz, and I his physical advantages should benefit him here as well.

I’m picking Cody Gabrandt to get the knockout victory, but I can’t trust him at -135.

Geoff Neal hit the news recently for all the wrong reasons. He was arrested for driving under the influence, which also made it unlawful for him to be carrying his gun.

The world is a dark and malevolent place, so I understand why he packs heat, but he really shouldn’t be drinking this close to a professional fight on the world’s largest stage.

Neal is on a losing streak, so I hope he’s more dialled in and focussed than the recent media stories would suggest.

“Handz of Steel” is an athletic southpaw with a thunderous left cross and high kick, but he’s pretty basic outside of that. He struggled with distance management against Stephen Thompson and Neil Magny, but will be fortunate to have an opponent that will stand right in front of him in Santiago Ponzinibbio.

“Argentine Dagger” might be at a disadvantage in terms of speed and explosiveness, but he is the far more nuanced boxer and I think he’ll do well in prolonged exchanges.

Ponzinibbio likes to establish the jab and fire low calf kicks, which isn’t ideal against a southpaw. That said, I went back and watched his performance against Zak Cummings and he had no problem getting into an offensive groove in an open stance match-up.

The hulking Argentinian is a bit of a slow starter and he can’t afford to take anywhere near the amount of damage as he did against Miguel Baeza before he finally gets going.

Ultimately, I think both men are going to stand at boxing range and trade, and I have to favor Santiago Ponzinibbio in that type of fight.

It’s easy to see why Amanda Nunes is the reigning champion at both bantamweight and featherweight.

“The Lioness” hits like a truck and is extremely well-rounded. If you have any overt weaknesses in your game, they will be exploited.

She has an elite strategist behind her in Mike Brown and I’m pretty sure the game plan will be to keep the fight in open space, land hard leg kicks and try to set up the kill shot with the right hand.

Julianna Pena is tough and gritty, but she is as stiff as a board and defensively vulnerable.

If Pena is to emerge victorious, she needs to close the distance as fast as possible and instigate gruelling clinch exchanges. I don’t think Pena’s upper body trips and throws are going to work on a strong grappler like Nunes, but they might help in tiring the champion out as the fight progresses.

If both ladies are exhausted and Pena is somehow able to get on top, I think she has the potential to finish the fight – but this is hardly the most probable scenario.

I think this will be another win for Amanda Nunes, but she isn’t as much of a lock as the odds would suggest.

Charles Oliveira is a legendary BJJ player with the most submissions in UFC history! He’s also a thoroughly well-rounded MMA fighter and his Muay Thai acumen has shined brightly in recent years.

The Brazilian will look to land front kicks, inside low kicks and long straight punches when he is at distance against Dustin Poirier.

Given his grappling credentials, Oliveira won’t care if he gets taken down and that will allow him to get creative on the feet.

As Poirier tries to close the distance to get into his preferred boxing range, Oliveira will look for reactive level changes, right hand counters, intercepting elbows and perhaps even flying knees.

To his detriment, Oliveira stands pretty rigid and upright, which is a bad look against a powerful pocket boxer like Poirier.

Furthermore, if both men are bloodied and battered, I feel Poirier is the more gritty combatant and will likely prevail in a war of attrition.

While Poirier is a skilled grappler, his takedown defense isn’t the best and Oliveira has good timing on his shots. Poirier might be okay if the fight hits the mat on his terms, but he absolutely doesn’t want Oliveira on top of him or riding his back.

I could see this going either way, but I feel the value is with Charles Oliveira at +135.