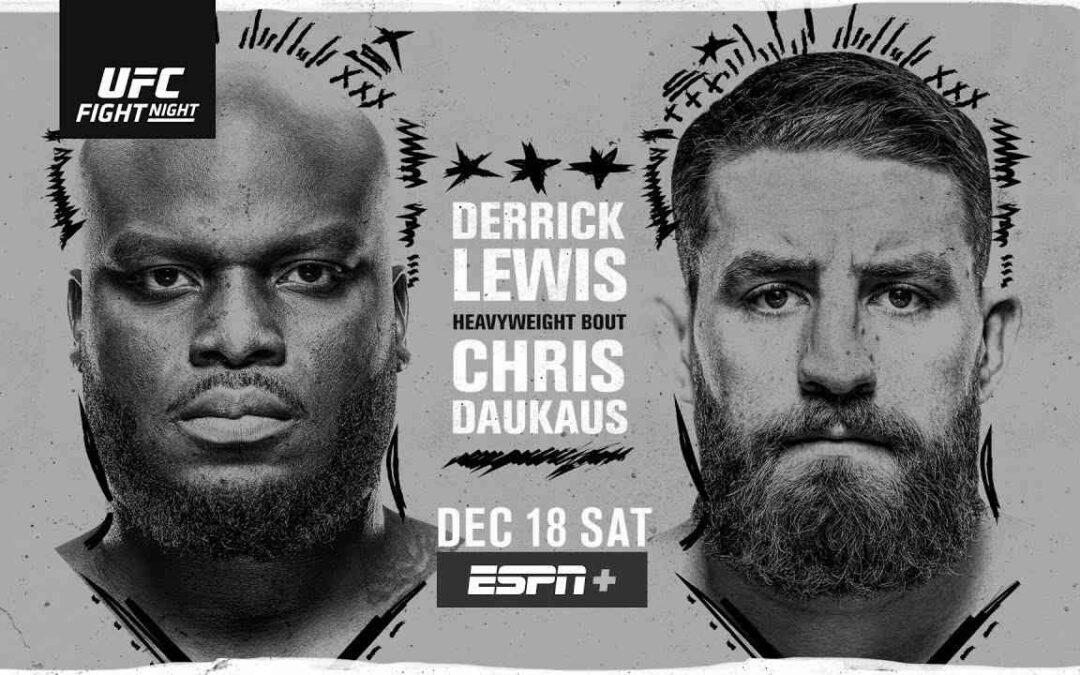 UFC Fight Night 199 has a great main event, but I’m not in love with the card. Still, I think there are a few betting opportunities and here are my main card breakdowns.

Darren “The Brain Damage” Elkins won his last few fights, but is on a hard decline at 37-years-of-age.

He was never the most technically sophisticated fighter, but made a career out of getting punched in the face without going unconscious and then taking over against tired opponents.

It’s entertaining to watch, but that kind of approach can only get you so far.

Elkins’ tenacious wrestling may result in a couple of takedowns against Cub Swanson, but I think this is a bad match-up for him overall.

Swanson has seen better days, but his first layer takedown defense is serviceable and I think he can scramble his way out of bad positions. Swanson is the far better athlete at this juncture and he should absolutely light Elkins up on the feet.

Even in the twilight of his career, Swanson’s cardio remains solid and I just can’t see him blowing his gas tank by battering Elkins’ chin.

When Diego Ferreira first entered the UFC, he was a credentialed BJJ player with a lot of holes in his game. He has become more well-rounded under the tutelage of Saif Sayud at Fortis MMA and now has some crisp hands to complement his ground game.

The Brazilian throws well in combination and likes to take the front foot.

Heavy pressure and a lethal grappling threat worked well against Anthony Pettis, but I think he’s going to struggle to hit takedowns and establish a dominant position on Mateusz Gamrot – who comes from a wrestling background.

Gamrot himself has good boxing, but likes to fight behind the jab and doesn’t engage in brawls. Despite his knockout win over a decrepit Scott Holtzman, Gamrot is not a puncher and may struggle to deter Ferreira’s forward momentum with his hands.

However, Gamrot has good timing with his level changes and is a legitimate BJJ black belt himself.

We saw deficiencies in Ferreira’s takedown defense in his rematch against Beneil Dariush and I think the same problems will come back to haunt him against another strong top position grappler.

I feel the boxing exchanges will be close, but I expect clutch takedowns from Mateusz Gamrot to edge out rounds and win him the fight.

Now 39-years-of-age, Raphael Assuncao has been hanging at the higher end of the bantamweight division for a decade.

If you compare his last couple of losses to earlier performances, I think he is slowing down rapidly and I’m not expecting any improvements after a long layoff.

As far as skills go, Assuncao is incredibly well-rounded. He is defensively sound, picks his shots well and has some of the best low kicks in the bantamweight division.

However, his output is low and I feel he will be at a disadvantage in terms of speed and physicality.

On the other hand, Ricky Simon seems like a fighter coming into his prime. He isn’t the most natural striker, but blends his boxing and wrestling excellently and is a difficult guy to discourage.

It’s possible Assuncao catches him cold (Simon is quite hittable), but I think he is going to get swarmed and out-hustled if that doesn’t happen.

Since dropping to the strawweight division, Amanda Lemos has looked impressive.

Striking with precision and power, the Brazilian throws a clean 1-2, counters well off the back foot and fires hard kicks to the legs, body and head.

Her ferocity makes her a dark horse in the strawweight division, although she has some flaws.

She throws everything with intent, thus her output is a little low. We also saw her slow down in the third round against Mizuki Inoue and get controlled for periods against the fence.

Her superior shot selection and physical advantages make her a favorite over Angela Hill, but her -400 moneyline seems wide.

At 36-years-of-age, Hill could be slowing down. She struggled with the speed and footwork of Tecia Torres in her last bout, but didn’t perform well irrespective of the tough match-up.

Hill throws at a high clip and won’t struggle to find Lemos in the octagon, since the Brazilian is quite flat-footed.

While Hill’s body language becomes bad as the fight progresses, she fights through fatigue pretty well and continues to produce output.

This will look like a Muay Thai fight with 4oz gloves, and I think there is a bit of value on Angela Hill at +310.

At the time, I was disappointed in myself for losing a large bet on Stephen Thompson in his last fight. His takedown defense checked out on tape and I thought he could stick and move against a BJJ black belt with wild striking and a suspect gas tank.

Unfortunately for me, Gilbert Burns turned out the best performance of his career and looked like an NCAA All-American wrestler.

Burns timed his entries perfectly in order to create contact, drove Thompson to the fence, chained attempts until he got the fight to the mat and was like a cement block on top.

The Brazilian didn’t slow down and was able to minimize open space striking exchanges, much to his credit.

Belal Muhammad also has good takedown entries, but lacks the finishing ability and explosiveness of Burns.

If he can’t get the fight to the mat, I believe he’ll be swinging at shadows all night.

Muhammad isn’t a bad striker by any means, but the footwork discrepancy is going to look ridiculous and I can’t see him having much success on the feet against an elusive ninja like “Wonderboy”.

It’s hard to stomach the -250 price tag, but I’d be surprised if Stephen Thompson lost this contest.

Derrick Lewis is both gifted and cursed with otherworldly punching power.

When you can end the fight with one big swing, you get by without developing solid fundamentals – and that is the case with “The Black Beast”.

His repertoire of attacks is random and devoid of process, but the end goal is always to land an atomic right hand and detach his opponent from their consciousness.

Chris Daukaus is also looking for the right hand KO, but has far more tools in order to set up the kill shot.

Daukaus has blistering speed for a heavyweight and throws everything in combination. His lead hand is an effective smokescreen for his power shots and he has a superb left hook as well.

I also feel Daukaus has less mileage on his body and is hungrier, while Lewis gets beaten up in every fight and is primarily motivated by money (just like yours truly, Pig Lord).

Chris Daukaus could get caught and knocked out, but I think there is a high probability he wins this fight.