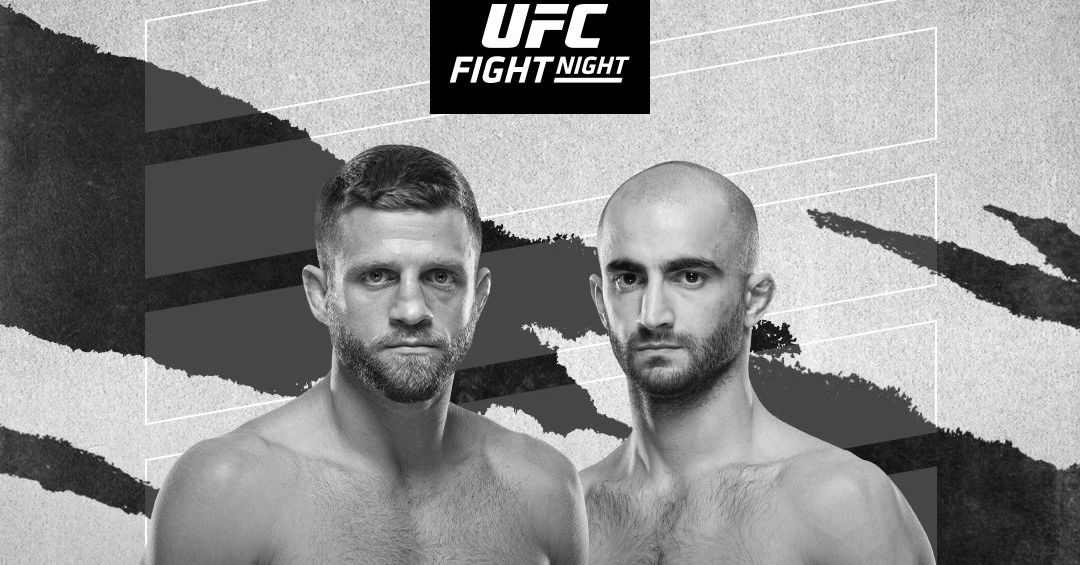 The first UFC card of the year is littered with cancellations and underwhelming match-ups, but I’m grateful for a night of action after such a long break.

Here are my main card breakdowns for UFC on ESPN 32 from a betting perspective.

Brazil’s Joanderson Brito throws everything with vicious intent. His striking technique is crude, but he is capable of finishing the fight if he lands flush with one of his power shots.

He also does a good job of throwing punches in order to set up his takedown entries, and his grappling is probably the best aspect of his game.

He stays heavy on top and will immediately look to posture up and rain down strikes.

Brito is allegedly 26-years-of-age, but he looks suspiciously old in the face. If he really is in his mid-twenties, then he has a good foundation for making improvements.

Bill Algeo is the far more sophisticated striker and I think he can capitalize on openings left by his wild and reckless opponent.

However, the American does a poor job of defending takedowns.

Algeo is an active scrambler and could potentially wear Brito out by forcing him to shoot again and again, but I suspect he is going to spend too much time on his back when everything is said and done.

The bookmakers have Joanderson Brito lined as a slight favorite, and that feels about right to me.

What is the purpose of this fight?

Katlyn Chookagian clearly beat Jennifer Maia when they first fought in 2019, and all evidence points towards a similar result in the rematch.

Maia has solid boxing in the pocket, but she wasn’t able to work her way inside against the taller, rangier and more dynamic Chookagian.

If the fight stays standing, I think Chookagian can move laterally, pump the jab and fire teep kicks in order to win on the scorecards again.

I suspect Maia will look to wrestle more, but I’m not sure her top control will be sufficient enough to win rounds.

Chookagian trains with high level grapplers on a daily basis and I think she can sweep and scramble her way to safety if she does get taken down.

I think there is some value on Katlyn Chookagian to win by decision at -120.

Brandon Royval is a handful to deal with. His ability to push a pace and drown opponents with volume is his best attribute.

However, his frenetic style results in a lot of defensive openings. “Raw Dawg” is extremely hittable and lacks takedown defense.

He doesn’t mind ending up in bad positions because he can usually scramble out of them, but he will be facing a strong wrestler and excellent back taker in Rogerio Bontorin.

While he is billed as a grappler, Bontorin showed improved boxing in his fight against Matt Schnell. I think most people expected him to be a step behind if the fight stayed standing, but that wasn’t the case at all.

I think Bontorin will land hard shots on Royval and could also establish a dominant position on the mat. If we were solely handicapping skill sets, I would line Bontorin as the favorite.

How will Bontorin deal with the weaponized cardio of Royval? I don’t have a definitive answer, but there is a good chance he simply can’t keep up with the pace.

I’d take Rogerio Bontorin at +140 if I was forced to play this fight, but I’m not confident in the slightest.

Betting Chase Sherman at -175 against Parker Porter was one of my most miserable bets of 2021.

I felt Sherman could establish the jab and land low kicks against a shorter and more compact opponent, but his upright stance and static head movement left him susceptible to counters.

Furthermore, Sherman’s cardio looked dreadful and I really question his strength of will at this point.

His main advantage in this fight is that he is a real heavyweight facing a blown up middleweight who resembles the Michelin Man.

I feel like Jake Collier is the superior striker. He throws fluid combinations and mixes up his offense effectively.

Still, I’d need some major enticement to bet on a professional athlete who can’t even keep his weight in check – especially as a favorite!

Jake Collier is my pick to win and I think there is a bit of value on the fight not going to decision at +110.

I’m glad Calvin Kattar took a year off, because he took a life-altering beating at the hands of Max Holloway.

Against a completely different style of striker, Kattar will need to stay on the front foot and work his way into boxing range.

Kattar is great at using his lead hand to set up his power shots and he throws some of the cleanest 1-2 and 3-2 combinations I’ve seen in the UFC.

However, he is a little slow-footed and didn’t do a great job at cutting off the octagon against Zabit Magomedsharipov (who is the most comparable opponent to Giga Chikadze).

When Chikadze is fresh, I think he will be able to stay on his bike and hammer Kattar with body kicks and low kicks. Once that high guard of Kattar starts to drop, expect Chikadze to look for a spectacular head kick from the southpaw stance as well.

Interestingly, it looked like Chikadze was slowing down in that fight and I suspect he would’ve taken a loss if he didn’t manage to hurt Barboza exactly when he did

Chikadze isn’t the most energy efficient striker and throws a lot of crazy techniques (such as axe kicks), which are sure to drain his gas tank.

The Georgian is capable of finishing the fight in the first two rounds, but I could see him wilting if he’s dragged into deep waters.

I think there is value on Calvin Kattar at +200, but live betting might be the smartest move here.