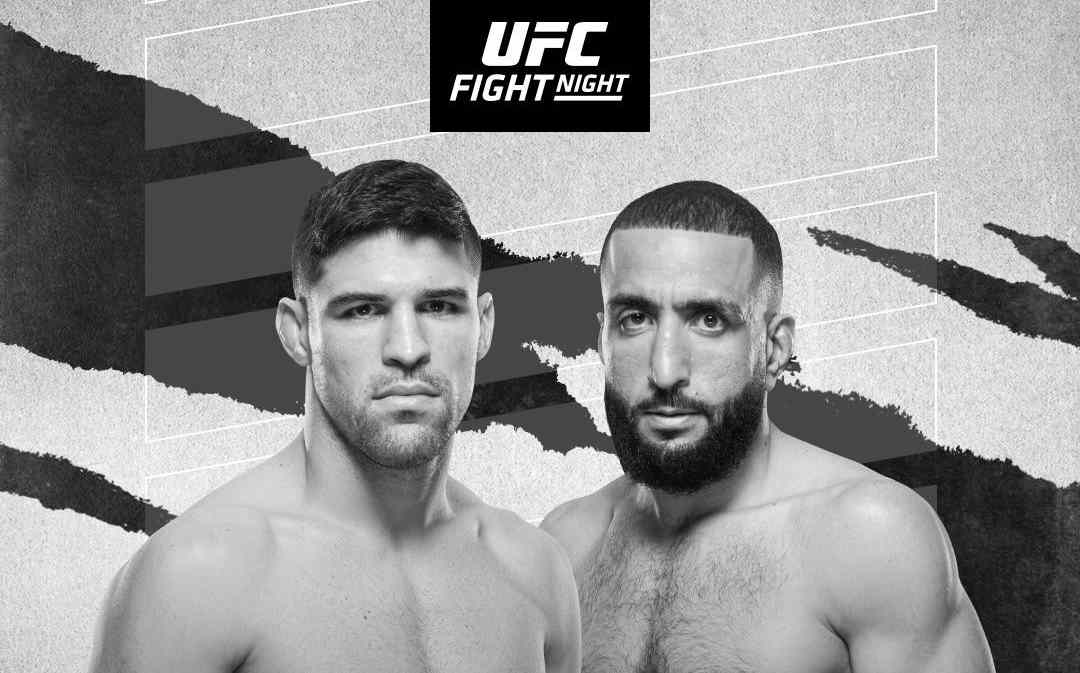 This card isn’t brimming with big names and noteworthy fights, but I like it from a betting perspective. Here are my main card picks for UFC Fight Night 206.

T.J. Laramie is going to need some favorable matchmaking to get a win in the UFC.

He has an unfortunate body type for fitting into weight classes, since his height and wingspan are small for a featherweight – yet I doubt he could make the cut to bantamweight.

He has serviceable boxing, good takedowns and heavy ground strikes from half guard, but I don’t think that will count for much this weekend.

I’ve seen Laramie concede takedowns against regional opponents and he will sometimes go for guillotines instead of focus on defense.

Pat Sabatini is one of the most complete MMA grapplers in the featherweight division, with excellent chain wrestling and slick BJJ. He is good in transition, heavy on top and dangerous off his back.

Furthermore, Sabatini blends his striking with his wrestling beautifully and will be the much bigger man inside the octagon.

I feel like this is a step down in competition for Sabatini, who was able to dominate Tucker Lutz in the grappling exchanges back in November.

I have Pat Sabatini to close a parlay and I’m pretty confident he gets the job done.

With no disrespect intended, Wu Yanan is a regional level fighter. She’s tough, aggressive and has some heat on her punches, but there is a severe lack of skill in both the grappling and striking arts.

I struggle to see her path to victory in this bout.

Mayra Bueno Silva is not a world beater, but she should have enough in her arsenal to beat this kind of opponent.

The Brazilian lacks defense, but has plenty of offensive firepower – particularly in the clinch. If she can secure the Thai clinch, I see her pulverizing the Chinese fighter with knee after knee until the referee pulls her off.

It’s possible Yanan hits her favored body lock takedown, but she lacks the awareness to stay out of trouble on top. Silva is nasty off her back and the armbar is one of her best submissions.

Mayra Bueno Silva to win inside the distance is the line that stands out to me at +170.

This should be a banger for as long as it lasts.

When given room to maneuver, Miguel Baeza is an excellent kickboxer. He has good footwork, throws clean combinations with his hands and has some of the best low kicks in the welterweight division.

He also possesses a BJJ black belt, but prefers to stand and brawl rather than grapple proactively.

Baeza’s boxing defense is porous and he doesn’t react well to pressure.

Andre Fialho will march forward and throw hard, accurate punches – but he’s not the most dynamic striker. He has good elbows off the break and nice low kicks (when he decides to throw them), but primarily has a boxing-centric style.

He needs to throw extended combinations and use feints in order to back Baeza up and unload on him. He must also be careful to avoid getting countered while coming in – which is easier said than done.

Fialho’s gas tank and ground game look sketchy, but it’s hard to know whether we’ll see any grappling exchanges or if the fight will go on for long enough for cardio to matter.

Miguel Baeza is my pick, but I can’t trust the guy enough to play him at -175.

An entertaining southpaw striker, Caio Borralho utilizes a karate stance and blitzes forward when attacking. He has a blistering 1-2, sharp right hook and range of dynamic kicks in his arsenal.

I don’t have a full read on his grappling, but he has a black belt in both judo and BJJ. He is a regular training partner of Demian Maia, so you know he is getting high level looks on the mat.

He got controlled against the fence for periods against Aaron Jeffery and will be facing the best wrestler in his career thus far this weekend.

As you might assume from his name, Gadzhi Omargadzhiev hails from Dagestan and is predominantly a wrestler.

He throws his punches pretty wide, but has some nice kicks and can usually hold his own on the feet for long enough to set up his level changes. He has a good variety of takedowns in his arsenal, fast entries and is suffocating on top.

Omargadzhiev will advance positions and hunt for the finish if it’s available, but he doesn’t have a problem consolidating top position and burning the clock either. Most of the opponents he has finished have been lower tier and I don’t think he’ll simply blow Borralho out of the water, even if he does secure takedowns.

Vicente Luque is a fantastic striker at mid-range. He throws vicious combinations with his hands as well as devastating low kicks.

He doesn’t mind taking a punch in order to give one back, but his chin has never failed him to this date.

Interestingly, his base is actually in BJJ – but he is not a methodical grappler. He will snatch up a front choke in transition or during a sloppy takedown attempt, but he generally prefers to kickbox.

His takedown defense is fallible and he has conceded takedowns to the likes of Niko Price and Randy brown – both of whom are strikers.

Belal Muhammad doesn’t shine in any one aspect, but he’s extremely well-rounded, tough and intelligent. He must watch a lot of footage, because his game plans are always tailored to avoid the strengths of his opponents and capitalize on their weaknesses.

Following this logic, I assume he will avoid standing right in front of Luque and deploy lots of lateral movement. Feints and fakes should keep the Brazilian guessing and it’s only a matter of time before Muhammad gets in on his hips.

Stephen Thompson managed to lock up the neck of Muahmmad during a takedown attempt, so Luque might be able to do the same. That said, Muhammad has never been submitted and as we know, the guy watches a lot of footage.

I’d be willing to bet he has been drilling front choke defense all training camp.

I’m in the minority, but I think Belal Muhammad can wrestle and grind his way to an ugly decision victory.