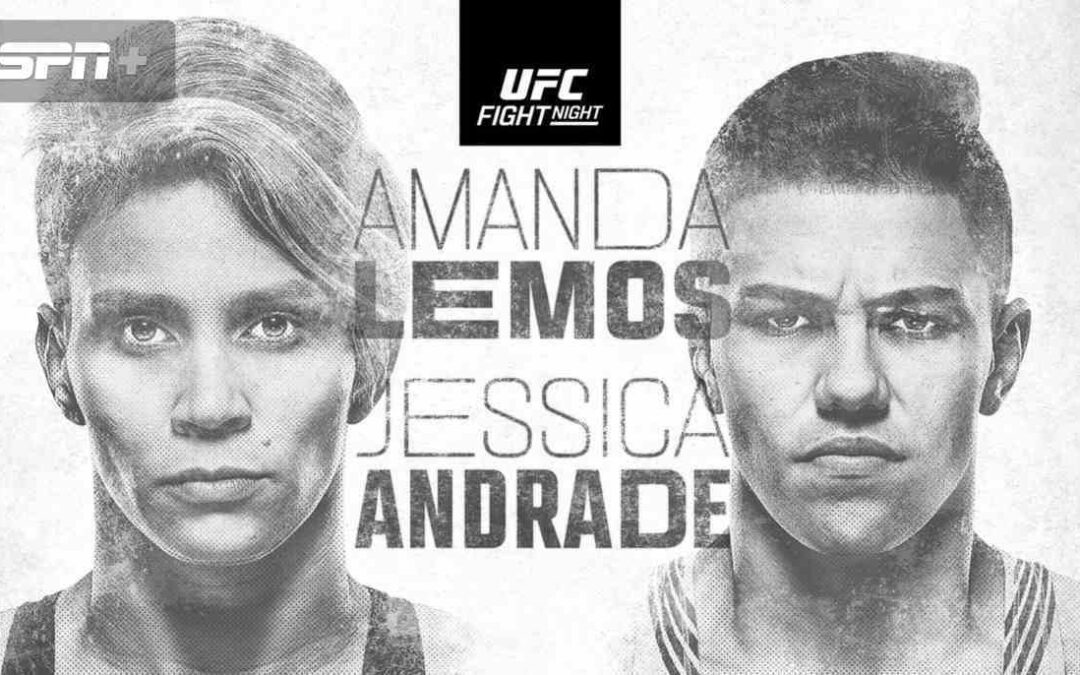 UFC Vegas 52 is an underwhelming card, but I think there are a couple of good betting spots. As always, here are my main card picks.

However, I still doubt that he’s a UFC caliber athlete.

Coming from a sport karate background, Prachnio moves well and has a nice variety of kicks in his arsenal, but his pure boxing ability is non-existent.

He throws punches with horrible technique and while he has made defensive improvements, he is still hittable and open to counters.

He must utilize low kicks against Philipe Lins, stay on his bike and hopefully land something big to knock him out – otherwise he’s in for a rough night.

Lins has good low kicks himself and does a good job of backing opponents up with feints and fakes. He throws well in combination, has fast hands and good countering ability – which are all excellent traits against a fighter like Prachnio.

If Prachnio is forced to exchange in the pocket, I expect him to get brutally knocked out.

We don’t often see Lins’ ground game, but he has serviceable wrestling and a black belt in BJJ – which could be useful if things get dicey on the feet.

Both men have suffered numerous knockout losses throughout their careers, so this is a volatile fight to bet on.

Ultimately, I think Philipe Lins has enough advantages to warrant being the favorite.

Charles Jourdain is one of the most exciting strikers in the featherweight division. He has a penchant for flashy techniques and does a good job of firing kicks to the head, body and legs of his opponent

He is not the most sophisticated boxer, but throws with heat and has nice flurries on the inside.

The Canadian lacks takedown defense, but he is active off his back and difficult to control for long periods.

Lando Vannata is second-best in terms of speed and raw power, but I consider him the more layered striker with the superior shot selection.

He looked good in his featherweight debut and showcased a much leaner physique. I suspect this is where he should have been for his entire career.

While renowned as a striker, Vannata actually comes from a wrestling background and he did a great job at defending takedowns from a credentialed wrestler in Mike Grundy. He landed a takedown himself in that fight and went with a grappling-heavy game plan against Marcos Mariano in a 2019 bout.

I’m not sure how much top control Vannata will be able to secure, but mixing in takedowns to put an exclamation point on rounds could be a good strategy here.

I think the value is with Lando Vannata at plus money. He has more ways to win.

I’m unsure what to make of Maycee Barber. She has obvious physical gifts for a female flyweight, but her fighting style doesn’t compliment them.

With her power and physicality, I feel she could overwhelm a lot of women by taking an ultra-aggressive approach.

In this fight, there is a different dynamic because she will be facing one of the better wrestlers in the division. Her positioning and clinch work against Miranda Maverick makes me think she will be fine defending takedowns against the fence, but recklessness could get her grounded from a reactive shot in open space.

Montana De La Rosa has good footwork and nice straight punches down the pipe, although she is the less physical combatant. I think she can land cleanly on Barber, but it wouldn’t be wise for her to get into prolonged exchanges.

She also has to time her takedown entries intelligently, much like Belal Muhammad did last weekend.

I’d play Montana De La Rosa at +160 if I was desperate for action, but I don’t have a solid read on this fight.

Despite being on a nice winning streak, I haven’t been impressed by Claudio Puelles.

He fights out of the southpaw stance and has good body and head kicks against orthodox opponents, but he isn’t the most sophisticated striker.

I could see him crack Clay Guida with something nasty as he’s coming in, but I think he may struggle with the footwork and boxing of the aging veteran.

Puelles is a weak wrestler and his cardio diminishes as the fight progresses. These are two bad disadvantages against Guida, who is renowned for weaponizing his gas tank and forcing opponents to embrace the grind.

The Peruvian will threaten with submissions off his back, but I think Guida is savvy enough to avoid leg attacks while he floats on top and lands ground strikes. Guida is susceptible to guillotines, but this isn’t something I’ve seen in Puelles’ repertoire.

Even with the age discrepancy, I think there is solid value on Clay Guida at -110.

Stylistically, I think this is a horrible fight for Amanda Lemos.

She likes to throw strikes with her feet completely planted and has devastating power for a strawweight. The punches come hard and fast down the barrel and she has good low kicks and front kicks as well.

However, she can be backed up, is hittable in the pocket and fades as the fight progresses.

Jessica Andrade has been known to throw caution to the wind defensively, so she needs to stay light on her feet and use plenty of head movement whenever she is at range.

On the inside, Andrade should double up Lemos in volume and potentially out-grapple her as well.

So long as Jessica Andrade doesn’t get folded by a huge shot in the first few rounds, she should run away with this.