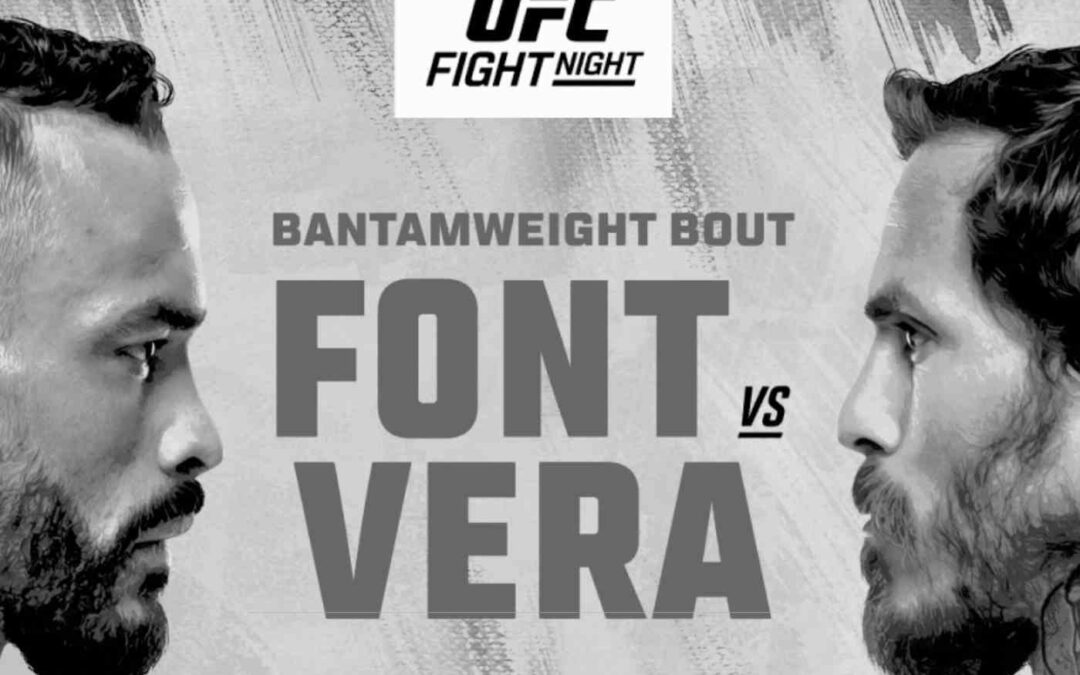 UFC Vegas 53 looks like a good card for betting and I will have a decent amount of action. Here are my main card picks.

This is bizarre matchmaking, as the messiest fighter in the middleweight division takes on the most conservative one.

Gerald Meerschaert is a BJJ black belt with phenomenal neck attacks, but the rest of his game is a disaster.

He loads up on his strikes, has no head movement and lacks the wrestling to compliment his ground game. To make up for these deficiencies, he aims to make fights as chaotic as possible in order to get his grappling going.

He’ll pull opponents on top of him if he thinks he can reverse them and is always looking to latch onto a neck in transition.

I don’t think that kind of silliness will fly here.

Krzysztof Jotko is a solid positional grappler with strong takedown defense. I think he can scramble perfectly well with Meerschaert, but I expect him to shut the iron gate on any offensive wrestling from “GM3”.

The Polish fighter has good movement, nice outside calf kicks against another southpaw and serviceable boxing.

He also keeps a high work rate for fifteen minutes and I see him landing the cleaner shots in a kickboxing match.

I’m not sure how much value there is on Krzysztof Jotko at -175, but I’m picking him to win an underwhelming decision.

Darren “The Brain Damage” Elkins has looked worse for wear in recent years. He has always relied on his toughness, cardio and tenacious wrestling to win fights – but I think all the mileage on his body is starting to add up.

Blocking punches with your face is no recipe for longevity in this game and Elkins might be ready for the scrap heap at 37-years-of-age.

That said, this is a winnable fight for him.

Tristan Connelly is the more technical boxer and he is a crafty grappler himself, but his lack of takedown defense is alarming.

He can get over-aggressive and leave himself open to reactive shots as well as jump for guillotines instead of focusing on defense.

Connelly seems like a cerebral guy and he has mentioned these shortcomings in interviews. For this camp, he has been drilling takedown defense and working on getting back up to his feet.

Whether he has the wrestling skill to pull this off remains to be seen.

Elkins is reliable to shoot and re-shoot for as long as the fight lasts, but he is not a cement block on top and leaves openings for opponents to scramble. Even a pure Muay Thai striker in Eduardo Garagorri was able to get back to his feet against him.

I think the value is with Tristan Connelly at +150, but I’m not touching this fight.

Since moving up to lightweight, I haven’t been overly impressed by Grant Dawson. He was a bit of a size bully at featherweight and now gives up his main advantage.

He struggled to get takedowns against Leonardo Santos before finishing him in the third round and then blew his gas tank wrestling to a draw against Rick Glenn.

Dawson is absolutely dogged in getting his opponents to the mat, but doesn’t have the striking to set up his takedowns and isn’t a potent ground and pound or submission threat.

He has moved his training over to American Top Team, so improvements are possible – but it’s unwise to bet on things you haven’t seen.

Jared Gordon will be the best fighter he’s faced thus far, and certainly the most well-rounded.

While Gordon’s takedown defense is not bulletproof, he’s not an easy guy to simply lie on top of. Gordon started training at Sanford MMA to specifically focus on grappling and was able to hit takedowns on Joe Solecki and Danny Chavez.

I wouldn’t be surprised if Gordon gets planted on his ass in the first minute of the fight, but is able to persevere through adversity and come on strong in the second half of the fight. He has a clear boxing advantage and Dawson will expend energy trying to grapple him.

Throwing caution completely to the wind, Joanderson Brito likes to load up on power punches in order to set up his double leg entries. He pours a lot of energy into his striking and grappling techniques and it’s no wonder he slows down as fights progress.

As the less skilled combatant, he either needs to land a knockout shot on Andre Fili or secure enough top time to win two rounds. I don’t think either scenario is probable.

Fili lost a round to Sodiq Yusuff on his back and spent a lot of time underneath Bryce Mitchell in his penultimate fight. While his takedown defense isn’t great, he does a good job of scrambling and was able to hit multiple reversals on Mitchell.

On the feet, Fili should light this dude up. He fights behind the jab well, utilizes feints and picks his shots wisely.

I also think Fili could land takedowns of his own as the Brazilian starts to tire.

The books have Andre Fili lined at -230 and that seems accurate to me.

At 43-years-of-age, Andrei Arlovski is going through a late-career resurgence.

Instead of marching forward and attempting to starch opponents with his right hand, the Belarussian has adopted a more patient and methodical approach.

The ability to fight off the back foot, manipulate distance and provide different looks has worked wonders against stationary opponents like Carlos Felipe and Jared Vanderaa.

However, all that footwork comes at a cost and we typically see Arlovski slow down in the second half of fights.

Despite his bloated appearance, Jake Collier is agile for a heavyweight.

Against Chase Sherman, Collier came out with heavy pressure with lots of upper body movement. He threw everything in combination and I think a similar approach would work here against the aging veteran.

Furthermore, Collier is proficient at catching kicks and converting them to takedowns. One naked leg kick from Arlovski could cost him the round or even the fight.

I think there is value on Jake Collier at plus money, I’d cap him as a slight favorite.

Rob Font has some of the best pure boxing ability in the bantamweight division. He has excellent footwork, builds his offense around his jab and integrates kicks into his game as well.

He is a cardio machine and was still fighting his heart out against Jose Aldo in round five, despite getting whooped for most of the fight.

In the early stages of this contest, I think he’ll be able to stick and move successfully against Marlon Vera – who is an effective striker, but not a great boxer.

The big problem for Font is that I don’t think he can hurt Vera, whereas I’m sure Vera can hurt him. If you can’t gain Vera’s respect, then it’s impossible to stop his onslaught.

Vera does his best work while cutting off the octagon, landing front kicks to the body and battering opponents with elbows and knees in the clinch.

He also has devastating low kicks, which Font is susceptible to as a jab-centric boxer. I suspect Font will use plenty of footwork and give some southpaw looks to avoid this (as he did against Jose Aldo), but it’s difficult to keep that movement up deep into a fight.

It’s possible Font hits takedowns, but Vera is extremely active off his back. I can picture Font’s dejected face as Vera blasts him with a barrage of elbows after a takedown and immediately gets back to his feet.

Ultimately, I feel Marlon Vera has amazing attributes for a five round fight and I’m picking him as the +110 underdog.