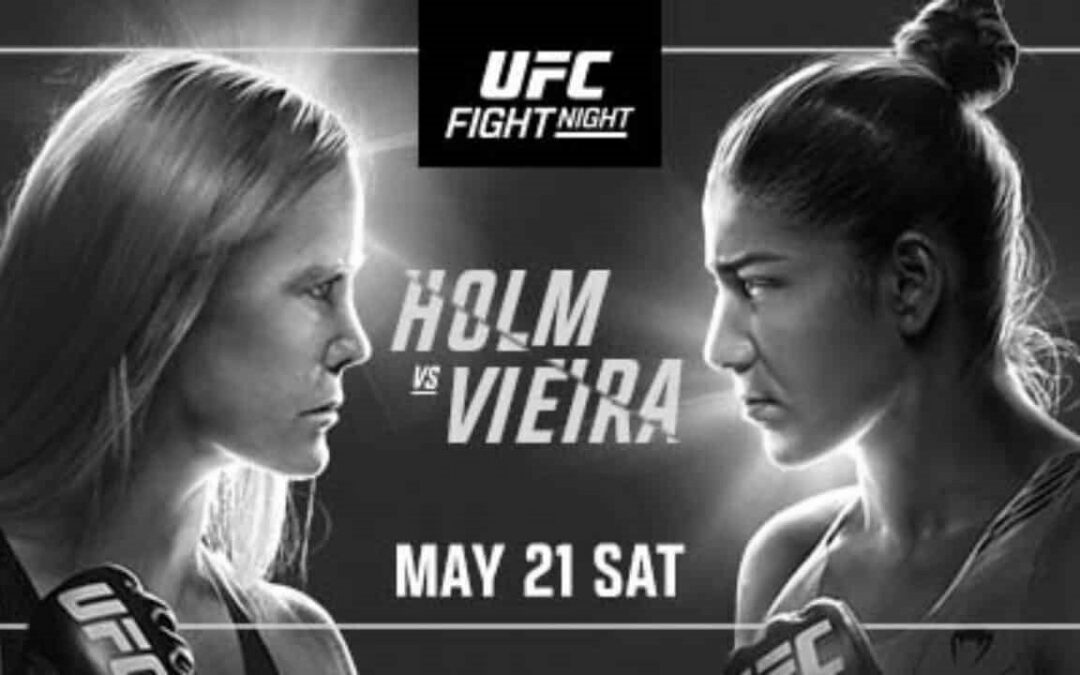 I got bent over and spanked by the bookies last weekend, which happens sometimes. I won’t be chasing my losses on this card, which looks dire for betting.

I plan to keep things conservative for the time being and bet more heavily in June.

Here are my main card picks for UFC Vegas 55.

It’s perplexing that Eryk Anders has made his home at middleweight. He is a large individual and I think he could have more success at light heavyweight, but what do I know?

Anders is a bit stiff and slow, but has power in his left hand and mixes up his wrestling with his striking well.

While he can be taken down, he’s not the easiest guy to hold down and I wouldn’t read too much into his last performance against a submission specialist in Andre Muniz.

Jun Yong Park is the more technical boxer. The Korean has a stiff jab, good shot selection and I think he can do pretty well against an opponent who will simply head hunt with left hands.

That said, Park has been in some wars and we finally saw him get finished in his last contest.

I doubt he’ll want to stand directly in front of Anders for long and I’m expecting him to mix in his grappling.

I’m picking Jun Yong Park to win because of his work rate and technical advantages, but I definitely wouldn’t play him straight at -200.

Before watching footage, I thought Tabatha Ricci would be a bet at close odds – but I left feeling underwhelmed.

With a black belt in both judo and BJJ, Ricci has good trips and tosses from the clinch as well as lower body takedowns. On the mat, she immediately looks to advance positions and will aggressively hunt for the finish.

Her style of grappling has been effective against lower tier opponents, but she needs to become more positionally sound now that she is in the UFC.

Polyana Viana has a significant size advantage and is the much more fluid striker. The problem is that her balance sucks and she is too eager to fish for submissions off her back while the clock is running.

Although Viana is only a brown belt, she has a dangerous guard and should be able to find openings to scramble or sweep when she’s underneath Ricci.

Viana is the far more dangerous combatant and even though she may get held down for periods, the Unified Rules should favor her.

I’m not super confident, but I’d cap Polyana Viana as a slight favorite rather than a slight underdog.

Chidi Njokuani is a fantastic Muay Thai striker, but has historically struggled with grapplers.

Andrey Koreshkov took him down and obliterated him and he got pinned against the fence by Rafael Carvalho.

In his Contender Series contest, he showed an improved ability to fight hands and dig underhooks, but it’s unclear the extent to which he has rounded out his game.

Dusko Todorovic is a serviceable striker, but he has some horrific defensive tendencies and will probably get knocked unconscious if he hangs in open space for long.

The Serbian fighter has a black belt in BJJ, is a good guard passer and mixes his ground strikes with his grappling effectively.

The thing is, I just don’t have a solid read on his wrestling. He was able to hit a nice double leg on Dequan Townsend before finishing him, but that doesn’t tell me much.

The big question for this fight is whether or not Todorovic will be able to hit takedowns? Unfortunately, I don’t have a clear answer.

I wish you luck if you’re taking a pop on Dusko Todorovic at +200, but this fight is a pass for me.

At 35-years-of-age, Santiago Ponzinibbio could be on a decline. “Argentine Dagger” has been in a lot of wars and has looked ropey since dismantling Neil Magny in 2018.

As a striker who likes to build his offense around his jab, he struggled to gain momentum against Geoff Neal and I suspect he struggled with the open stance dynamic.

I think his low kicks, jab and boxing combinations will work better against Michel Pereira – so long as he stays on the front foot.

Pereira has the speed and footwork advantage, but can be reckless with his energy expenditure – which causes him to slow down in fights.

The Brazilian has a good jab, 1-2 and front kicks to the midsection – but can get crazy with some of his unorthodox capoeira techniques.

I think Pereira will stick and move effectively in the early stages of the fight, but I’m not sure he can keep it up indefinitely.

As the fight progresses, there will be more prolonged exchanges and I like Santiago Ponzinibbio to get his hand raised when all is said and done. I’ll personally hang back and look to live bet this one.

Stylistically, I think this is a good fight for Holly Holm.

At 40-years-of-age, “The Preacher’s Daughter” is no spring chicken – but she has always been a phenomenal athlete and I can’t remember her getting tired in a fight.

Against a more stationary opponent like Ketlen Vieira, I think Holm can stay on her bike, walk the Brazilian onto big counters and rack up control time against the fence if she needs to.

Vieira has a background in BJJ, wrestling and judo, but I just can’t see her landing takedowns consistently.

Despite her kickboxing accolades, Holm has developed into a solid wrestler and should be able to keep the fight upright.

I don’t think we’re in for a barn burner with this main event, but Holly Holm should be able to hustle her way to another decision victory.