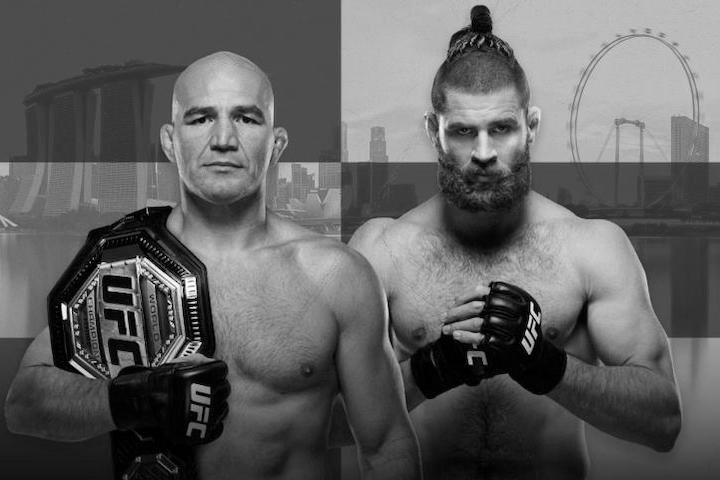 I’m on a rough patch of form and looking to get back to winning ways. UFC 275 looks like a good card for betting and I’m excited about some of the spots this weekend.

This is weird matchmaking. Jack Della is an exciting young prospect with a fan-friendly style, I’d like to see him get built up slowly rather than pitted against a tough veteran straight away.

On the feet, the Australian is a pleasure to watch. He has slick boxing, fights well from both stances and fires beautiful compact punches as well as crushing elbows on the inside.

His first layer takedown defense looks fine, but he hasn’t faced a good wrestler yet.

I have questions about his fight IQ, cardio and pure grappling ability. His fight against Ange Loosa makes me think he’s still a bit green, which is understandable for an athlete at only 25-years-of-age.

Conversely, there is nothing flashy about Ramazan Emeev. The Dagestani is lackadaisical on the feet and overly reliant on his right hand.

However, you can bank on him to mix in his wrestling intelligently. Emeev has a great single leg, uses punches to disguise his takedown entries and does a good job of grinding opponents against the fence.

His top control is poor, but if he can keep things competitive on the feet and mix in takedowns here and there – it’s possible he snatches an ugly victory in the eyes of the judges.

I’ll pick Jack Della to win, but I have no interest in betting him at -150.

Brazil’s Rogerio Bontorin is a well-rounded fighter. He has solid boxing in the pocket, a stiff left hook and hard low kicks.

He primarily strikes to set up his grappling – which is the best part of his game. The Brazilian has good body lock and double leg takedowns and he is an excellent back taker.

The biggest problem for Bontorin is that he’s extremely thick for a 5’5 athlete and has a gigantic cut to flyweight – which causes him to slow down in fights.

In order to win, I think he needs an early submission or to ride out the first two rounds with the body triangle locked in. I wouldn’t say either scenario is probable.

Manel Kape’s ground game looked abysmal in Rizin, but he was still a developing fighter at that stage. “Starboy” is a gifted athlete and his performance against Matheus Nicolau suggests he has been working on his takedown defense and scrambling from bottom position.

On the feet, Kape possesses blistering hand speed, fights well from both stances and has a lethal head kick from southpaw.

He is prone to periods of inactivity, but I think he can land early and often so long as he’s able to remain vertical.

I wouldn’t be surprised if he times Bontorin with a knee down the middle as the short and stocky Brazilian comes crashing forward.

I like Manel Kape to win this fight, I just don’t think there is any value at -225.

It’s rare that a rematch mirrors the original fight and I doubt we’re in for another demented brawl like we saw in 2020.

I bet Joanna Jedrzejczyk the first time around and while I scored the fight for her upon rewatching it, I can’t be mad at the decision. All the rounds were close and the fact the Polish fighter’s head looked like an inflated melon was a bad visual for the judges.

While Weili Zhang is labeled as a sanda striker, she’s more of a counter-puncher with some low kicks mixed in.

She did a great job of timing the straight punches of Joanna and cracking her while her hands were out of position. Joanna brawled more than she needed to and left her head on center after throwing.

That said, I think Joanna has the potential to clean things up and put on a more clinical performance this time around.

In the first fight, she was dominating at kicking range, in the clinch and whenever she switched to southpaw.

I assume she disengaged from the clinch because she didn’t want to wind up on her ass, but she showed the ability to fight hands, stuff takedowns and cause damage with knees.

We know Zhang is planning to counter, so why would Joanna give her boxing offense to work with?

The Polish fighter should throw the right hand sparingly. She can win by sticking and moving with the jab, kicking from the outside and landing offense in the clinch.

Give me Joanna Jedrzejczyk at +150, this should be a pick ‘em at worst.

Valentina Shevchenko is the most dominant champion we have in the UFC. Her speed, manipulation of distance and sharp counter-striking make her a problem for anyone in the flyweight division.

Furthermore, when opponents get frustrated and rush in on her – they get greeted with a body lock takedown. Shevchenko applies heavy top pressure and is a menace with ground and pound – particularly from the crucifix position.

If she has a weakness, it’s her bottom game. She looked underwhelming while stuck on her back against Julianna Pena and Jennifer Maia.

Taila Santos is the only contender in the division that can match the physicality of the champion, which makes this an interesting contest.

We’ll know if she’s a live underdog within the first minute of the fight.

If the Brazilian gets stuck at range and tries to win a chess match, she’s done for. However, if she uses feints to back the champion up, stays on the front foot and throws combos to the body and head – she could have opportunities to get her grappling going.

Like Shevchenko, Santos also has a good body lock takedown and she could duck underneath the blitzes of the champion to grab hold of her.

If Santos stays moving forward, racks up some clinch control time and maybe gets a few takedowns – it’s not impossible for her to win a decision.

I understand why Taila Santos is the underdog, but I think her chances of winning are better than her +500 price tag suggests.

Jiri Prochazka has garnered a reputation as an unpredictable wildman, which I don’t think is completely true. He used a lot of feints, fakes and different looks in order to overwhelm Dominick Reyes and Volkan Oezdemir – both of whom are conventional MMA strikers.

The chaotic techniques he threw in those fights would leave him open for level changes against Glover Teixeira, so I expect him to switch things up.

Against CB Dollaway, Prochazka fought with his hands low to dig for underhooks and was more conservative in his approach.

The task for Prochazka will be to land offense on an extremely durable grappler while keeping his hips clear of danger. Many men have tried and failed.

At 42-years-of-age, Teixeira is still a good offensive boxer – but his reaction times are shot and he is more hittable than ever.

The Brazilian has been able to take down most light heavyweight competitors and he is still one of the most complete MMA grapplers in the sport. Once on the mat, it’s only a matter of time before he advances positions and finds a TKO, arm-triangle or rear-naked choked finish.

If Prochazka gets taken down, I can envision him getting his back taken as he tries to scramble to safety.

Both men have clear paths to victory, but this is an obvious underdog or pass situation as far as betting goes.