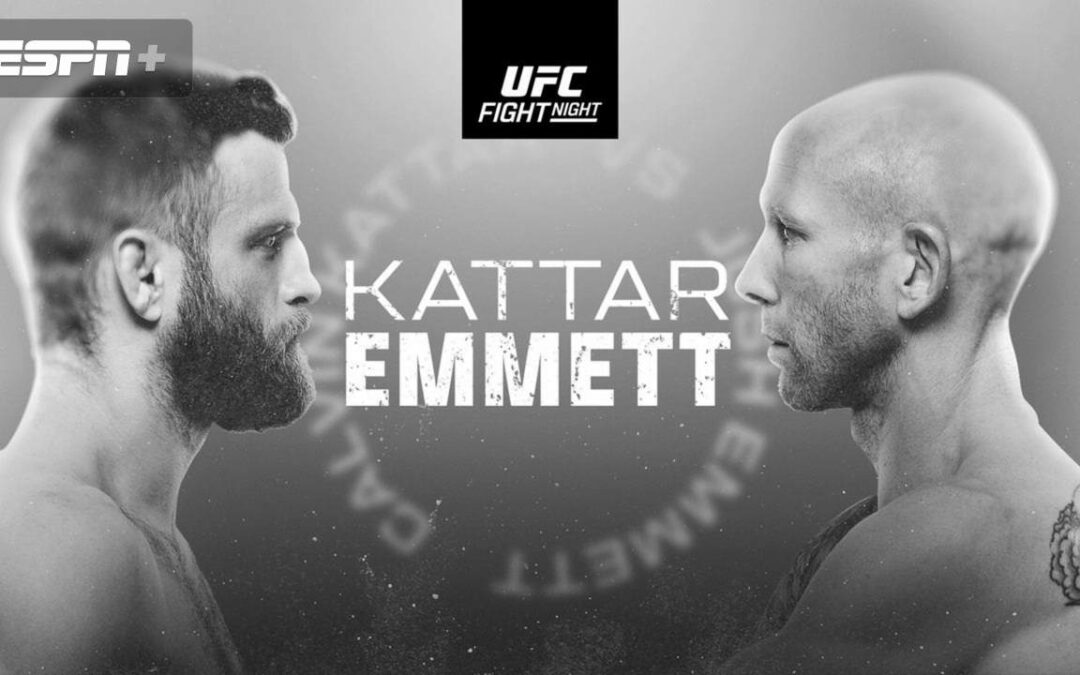 I’m coming off an underwhelming weekend where I broke even. It would’ve been great if Jacob Malkoun or Taila Santos had won close decisions, but it is what it is.

I dislike UFC on ESPN 37 for betting, but I’ll still have a sprinkle of action here and there. Here are my main card picks.

I believe Gregory Rodrigues has an advantage in every facet of mixed martial arts. The Brazilian is a bit stiff and hittable, but has developed into a skilled kickboxer with a nasty 1-2 and concussive power.

“Robocop” is a high level BJJ black belt with a complete range of takedowns to complement his ground game. He is slick in transition and an adept back taker.

His main deficiency is that he slows down in fights. I can’t imagine how much he weighs, but he looks more like a light heavyweight and must have a horrific cut to make the middleweight limit.

Julian Marquez fights like a Neanderthal, but his style is viable because he has a ludicrous chin and can push a pace.

We saw him do a better job of setting up his power shots against Sam Alvey, with more feints and body shots. In particular, I think the body shots will serve him well against Rodrigues in order to deplete his gas tank.

Marquez has some nice front chokes, but his takedown defense sucks. I wouldn’t be surprised if he gets grounded and has to ride out the first round with the hulking Brazilian on his back.

That said, I think Marquez can win this fight with his weaponized pace. If he can orchestrate 50/50 pocket exchanges, that favors him since he is banking on his durability.

Call me crazy, but I think the value is on Julian Marquez at +150. I’ll be sitting back and looking for a live bet spot.

Joaquin Buckley has scored some fantastic knockouts in the UFC, but I doubt his technical ability.

He loves to bob and weave into range and unleash venom in the pocket. He throws everything with full commitment and often leaves himself open defensively as a result.

While his offensive grappling looks serviceable, I have big questions about his takedown defense and bottom game.

Albert Duraev is an adequate boxer, but he primarily wants you to think about his hands in order to set up level changes. He has fast and explosive takedown entries, heavy top pressure and is excellent at tying opponents up in knots while bashing their faces in.

Stylistically, I think this is a good fight for the Russian – but a couple of things give me pause for concern.

Firstly, Duraev is hittable, has some bad KO losses earlier in his career and is facing a guy that can punch.

Secondly, his gas tank looked extremely bad in his UFC debut, which could be a problem if he faces resistance on his takedown attempts.

Georgia’s Guram Kutateladze came through as the underdog in his UFC debut and took a close decision victory over the previously undefeated Mateusz Gamrot.

With a base in Muay Thai, Kutateladze showed off a ferocious kicking game as well as good takedown defense and scrambling ability. His pure boxing skills lack nuance, but he throws with heat and can hurt you if he connects cleanly.

I think this opponent is unideal for him.

Damir Ismagulov has a sharp jab, picks his shots wisely and is a proficient counter-puncher. I think he can find openings through and around the guard of the Georgian.

Unlike Gamrot (who is very boxing-centric on the feet), Ismagulov is a more complete striker. He fires heavy kicks to the legs and body, has a great understanding of distance and will look to counter low kicks with his straight right.

At first glance, I thought Kutateladze might be able to rack up volume with kicks, but after looking into it more deeply – I think Ismagulov’s own kicks and counters will lead to a tentative approach from the Georgian.

Ismagulov is also an underrated MMA grappler with terrific balance and takedown defense, although I suspect it will be a non-factor here.

When I think of natural fighters in the UFC, Tim Means immediately comes to mind. “The Dirty Bird” is a rough and rugged veteran from New Mexico and is unafraid to stand and trade leather with anyone.

Fighting from the southpaw stance, his boxing is the best aspect of his game and he does an excellent job of slipping and returning in the pocket. He also has a sneaky head kick and is willing to go for takedowns and rack up control time in the clinch.

While he is still performing at the top level at 38-years-of-age, I think he’s looking a bit slow and labored lately.

Conversely, Kevin Holland is faster and more athletic. I’m glad he has made a home at welterweight, since this is where he should have been all along.

A long and rangy striker, Holland is known for his dynamic kicking arsenal and precise counters. Unlike some rangy strikers who are deficient on the inside (James Vick comes to mind), Holland does a good job of shortening up his punches as opponents close the distance on him and the right hand he dropped Alex Oliveira with was beautifully placed.

“Trailblazer” has a habit of behaving like a moron and making fights closer than they should be, but this feels like a good opponent for him stylistically.

Kevin Holland should win this fight, but I’m not touching him at -280.

This is a strange fight to witness in 2022. Both men are legends of the sport, but their best days are long gone.

Donald Cerrone was once renowned for taking on all challengers, with or without proper preparations. All those wars have caught up to him and at 39-years-of-age, “Cowboy” might be the most shot fighter on the roster.

His boxing defense was a problem throughout his career, but now that his reflexes have slowed – he is more hittable than ever.

It was alarming to see him fail to pull the trigger against Alex Morono – a fighter that he would’ve easily spanked in the prime of his career.

On paper, he is the far more complete striker and should have the wrestling skills to keep the fight upright, but it’s hard to have any confidence in him at this point. Furthermore, I’m not sure what his current training situation is like and it appears he was galavanting around in Thailand only recently.

Joe Lauzon has always been a front runner, but he is dangerous while his gas tank is fresh. He comes forward and throws in combination, which might be enough to take advantage of Cerrone’s declining chin and non-existent head movement.

If he can’t find the early finish, Lauzon will probably fade in spectacular fashion. Despite being slow and rickety, Cerrone has always had a good gas tank and he could certainly take over in the second and third rounds.

This fight favors Donald Cerrone, but I wouldn’t bet him pre-match at -170. I’ll be looking for a live bet entry instead.

Josh “Nosferatu” Emmett is someone I’ve been guilty of underestimating, but he’s had an amazing run in the UFC regardless of what happens this weekend.

It’s not ideal for him to be thrust into this main event slot coming off a long injury layoff at 37-years-of-age, but if he’s going to make a run for the belt then the time is now.

Despite coming from a wrestling background, Emmett is primarily known as a heavy-handed striker.

He throws tight, compact punches in the pocket and has one of the nastiest overhand rights in the UFC. He doesn’t like to engage on his opponent’s terms and is happy to skirt the fence before walking them onto an atomic right hand.

It’s fortunate that Emmett has power, because his lack of volume is a problem. He often has to rock or drop opponents in order to win decisions, because he just doesn’t produce enough output.

Like his opponent, Calvin Kattar comes from a wrestling base and likes to work on the feet – but he is the far more sophisticated striker. He throws beautiful 1-2 and 3-2 combinations, has filthy elbow attacks and a dangerous uppercut (which could be useful against a much shorter opponent who has to crash the distance).

Kattar is hittable, but he possesses a superhuman chin and is a cardio machine. I think he cuts off the octagon, doubles up Emmett on volume and potentially puts him away in the second half of the fight.

The bookmakers have Calvin Kattar lined at -230, which seems about right to me. In terms of value, I like “The Boston Finisher” to win inside the distance at +200.