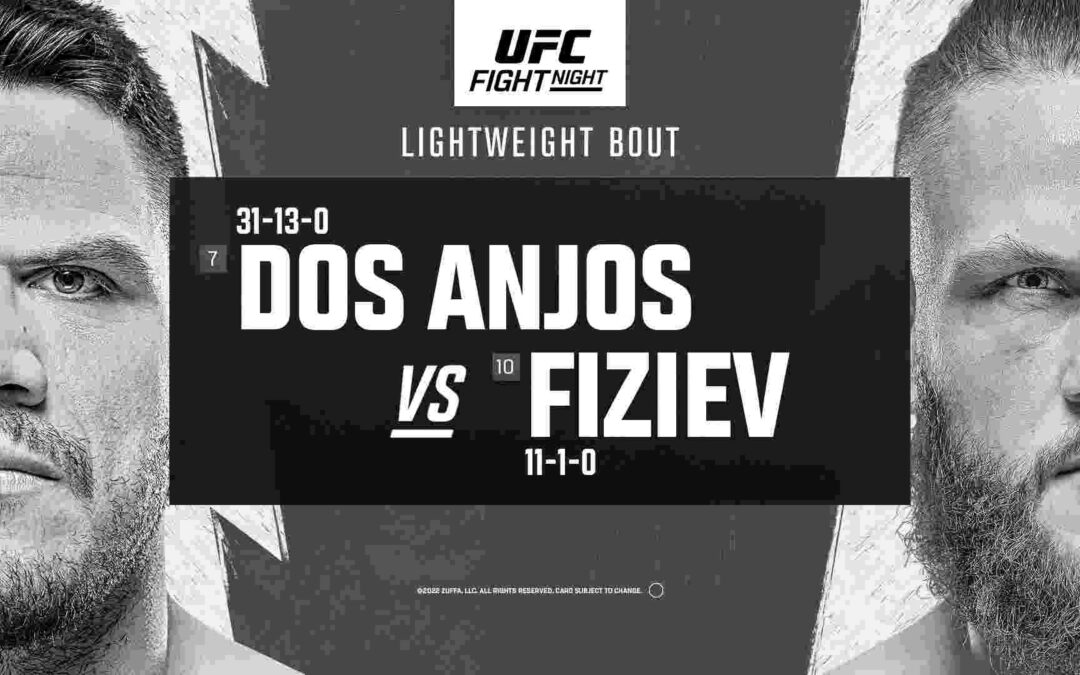 Here are some breakdowns for a handful of fights that are stylistically interesting to me on UFC Vegas 58.

I appreciate the well-roundedness of Ronnie Lawrence’s game. He is comfortable fighting off the back foot, with plenty of dynamic kicks and misdirection to keep opponents guessing.

When frustration sets in, Lawrence times his level changes excellently and he is a beast of a grappler for someone that doesn’t have a formal wrestling background.

Lawrence’s top control sucks and he lacks a bit of physicality. Still, I think he is being given an opponent that he can take advantage of.

Saidyokub Kakhramonov is a savage and I believe he has a high ceiling, but I see him struggling to win rounds this weekend.

The Uzbek fighter throws big clubbing hooks and nasty kicks to the body, but he is a little raw overall and looks like a turtle off his back.

It’s possible Kakhramonov has improved at Team Oyama since we last saw him, but he might be reliant on a knockout in order to win.

Give me Ronnie Lawrence as a slight favorite.

In a classic striker versus wrestler contest, this will come down to who is able to implement their game effectively.

Tresean Gore is a little low on volume, but he has an educated lead hand, devastating low kicks and destructive power in all his strikes. Hopefully he learned from the loss against Bryan Battle, where he was hellbent on knocking out an opponent who fought to a much smarter game plan than him.

From what I can tell, Gore has good balance and is proficient at stuffing initial takedown attempts – but I’m unsure of how he handles himself off his back against a strong grappler.

It doesn’t inspire confidence that he trains with the Lima brothers, who are both bad in this regard.

Cody Brundage is slow, stiff and rudimentary on the feet. He has a decent jab, uppercut and overhand, but he looks susceptible to low kicks and he lacks the footwork to stick and move effectively.

If he can grab hold of Gore without getting knocked into outer space, he might be able to get the fight to the mat. Brundage has a good double leg and is persistent when wrestling against the fence.

On the mat, Brundage is quick to advance positions and will be hunting for a submission finish.

I’ll side with Tresean Gore, but I have some reservations about betting him as a favorite.

This is weird matchmaking, since I believe both fighters have bright futures in the stacked middleweight division.

Caio Borralho fights from a karate stance and will blitz forward throwing big 1-2 combinations, flying knees and front kicks to the body. He is also a capable grappler and he has a black belt in both judo and BJJ.

Against Gadzhi Omargadzhiev, the Brazilian showcased slick transitions on the mat, good back taking ability and a nice trip takedown. However, a lot of the back control came off bizarre circumstances – such as his opponent throwing too hard and slipping over.

Trips from the clinch are expected from a skilled judoka, but I haven’t seen a conventional wrestling game from Borralho. Against Armen Petrosyan, I think the Brazilian will struggle to keep the fight on the mat if he can’t lock in the body triangle.

Coming from a background in Muay Thai, Petrosyan is a level above on the feet. I love his countering ability and think the check left hook and body kicks will be effective against the Brazilian southpaw.

I also believe Petrosyan can get some low kicks going with his lead leg.

Petrosyan can be taken down and often gives up his back when scrambling to his feet, which is the biggest risk here. However, if he can escape the body triangle from Gregory Rodrigues – then I think he has a good chance of doing so this weekend.

The Armenian has solid cardio and it’s possible he pulls away down the stretch.

I wouldn’t say Armen Petrosyan is a lock to win, but I think he will outperform his +190 price tag.

Fighting from the southpaw stance, Dos Anjos likes to march forward throwing big left hands and body kicks. His striking is somewhat crude, but definitely effective for a pressure fighter.

In this contest, it will be up to Dos Anjos to produce a complete mixed martial arts performance with plenty of wrestling and grinding against the fence in order to wear out his opponent.

I expect Dos Anjos to struggle initially, but he is a savvy veteran who understands his path to victory.

Rafael Fiziev is the far more nuanced striker and should have the strong hips and takedown defense to keep the fight upright. However, we’ve seen him slow in previous fights and his grappling cardio hasn’t been properly tested.

The Kyrgyzstani looked great in a slow paced bout against Brad Riddell where he was able to pick his shots, but it remains to be seen what he’ll look like in a more grueling and intense contest.

Furthermore, Dos Anjos has plenty of five round experience whereas Fiziev does not. I think that is highly significant here.

I think the value is with Rafael Dos Anjos at +180, although live betting might be a better option.