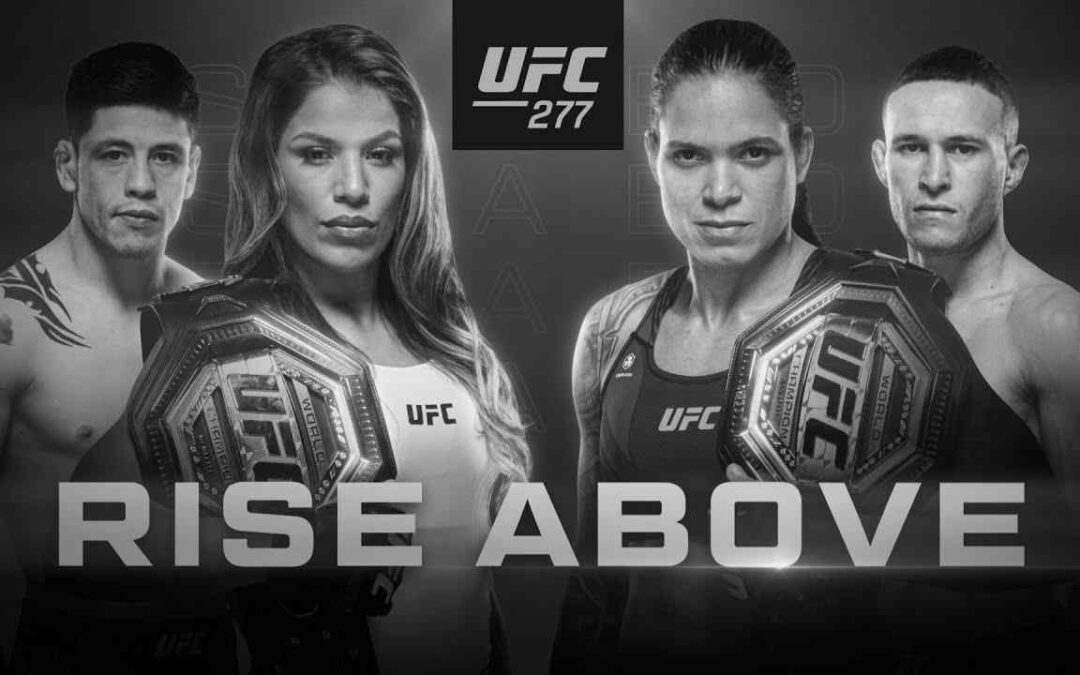 If you’ve been following me for a while, you’ll know that Magomed Ankalaev is one of my favorite athletes to watch.

The hulking Dagestani fights excellently from both stances, counters well off the back foot and has wrestling in his back pocket for when things get dicey on the feet.

I think he gets a much deserved title shot after this fight and I believe this is a good opponent for him to showcase his skills against.

Anthony Smith is no walkover, but I fail to see where he has an advantage in this contest besides submissions.

“Lionheart” has always been a bit raw on the feet, but he throws with venom, fires nasty elbows on the inside as well as devastating low kicks (although these will be mitigated with Ankalaev standing southpaw).

I think Smith needs to land a singular KO shot or pull an opportunistic submission out of thin air if he wants to win. I just don’t see it happening.

Even if Smith is landing heavily on the feet (which I doubt, due to Ankalaev’s distance control and countering ability), Ankalaev can likely hit takedowns whenever he wants.

Smith has always struggled with poor takedown defense and It would be improbable for him to hit a submission off his back.

I’m picking Magomed Ankalaev to win, but I wouldn’t pay the heavy juice against a dangerous opponent like this.

Alexandre Pantoja is an entertaining fighter with potent Muay Thai and BJJ skills.

He performed well against Manel Kape, but I thought he looked ragged against Askar Askarov and Brandon Royval. The guy has been in some insane wars (particularly the fight with Deiveson Figueiredo) and it looks like he slows down in high paced contests.

The Brazilian throws heavy punches and low kicks, but has some major defensive flaws. His hands don’t always retract to his chin after firing and his head remains on center – this becomes more noticeable as fights progress.

He has slick submission skills and could certainly jump on a neck or a back during a scramble, but he is at a wrestling disadvantage in this fight.

Alex Perez has good low kicks himself and is the far more technical boxer, with the better shot selection and defensive awareness. I also have more faith in him maintaining his volume later in the fight.

With a college wrestling background, Perez should be able to dictate where the fight takes place.

Perez must guard his neck when tangling with the Brazilian on the mat, but well-timed level changes could help him to rack up control time in close rounds.

I’m picking Alex Perez to spring the upset as the underdog, although I have some concerns with his long layoff and recent fight cancellations.

Since Derrick Lewis has been blessed with atomic power in his hands, he has never developed great boxing fundamentals.

His style is not always aesthetically pleasing, but if he can orchestrate a situation where his right hand connects with your chin – then you’re probably taking a nap. Sometimes this means periods of inactivity and playing possum before springing to life like a monster and unloading with murderous intent.

Sergei Pavlovich is also a big puncher, but his style is more conventional. He picks his shots intelligently, throws in combination and counters well.

The Russian may also have success with low kicks, should he choose to use them.

Despite an 84-inch reach, Pavlovich isn’t really a stick and move kind of guy – which is concerning here. Any time you enter punching range with “The Black Beast”, there is a good chance you’ll get your chin cracked.

Still, I don’t see Pavlovich getting backed up and intimidated like Chris Daukaus and I have to side with him due to his technical advantages on the feet.

This might be the most intriguing stylistic clash on the card, particularly since we’ve seen both men face off before. In the original contest, Kai Kara-France started well, but was ultimately overwhelmed and out-hustled by Brandon Moreno.

Kara-France is a skilled kickboxer, with good lateral movement, dynamic kicks and a blistering overhand.

I wouldn’t say the New Zealander has cardio issues, but his style entails a lot of big explosive movements and he is typically a front runner – which is worrying in a five round contest.

As a neat and tidy striker, he doesn’t look comfortable when you apply consistent pressure against him (this was evident against Brandon Royval).

If he has any chance of winning a decision, he needs to fight economically and invest in low kicks against Moreno – who fights more like a traditional boxer.

The Mexican fighter has fast hands and mixes up his combinations beautifully to the body and head. I wouldn’t be surprised if he adds some offensive grappling to his game plan (Kara-France has good first layer takedown defense, but prolonged scrambles could drain his gas tank).

I think this fight will be competitive, but I see Brandon Moreno taking over in the later rounds. I’m not interested in betting the Mexican pre-match, but I may look for a live bet entry if his lead leg is not shredded.

In a shocking upset, Julianna Pena won the original contest by getting in the former champion’s face and outlasting her in a brutal war.

Amanda Nunes has always struggled with cardio when she hasn’t been able to dictate the pace of a fight, so it was only a matter of time before she lost in this manner – I just didn’t think it would be against Pena!

Having fought primarily at featherweight for the past few years, I doubt the cut to bantamweight is particularly enjoyable.

Nunes is looking lean on Instagram, so I assume her plan will be to turn this into a technical, low paced fight over five rounds. I’m confident Nunes will try to invest in low kicks and avoid a brawl at all costs.

She might be able to pull this off, but I also have major concerns about her training situation.

It’s unfathomable that she would leave her world class training partners at American Top Team in order to prepare for this fight. I’m sure she’s having a jolly good time training with Alex Chambers and Garret Armfield over at Lioness MMA, but it looks like an extremely bizarre decision from my vantage point.

I wonder where her head is at? She spoke of retirement years ago and is one of the few fighters that can walk off into the sunset with a boatload of cash.

It’s possible that the loss has reinvigorated her, but it’s also possible that she looks for a way out when the going gets tough (as it inevitably will against Pena).

I don’t think Pena is a remarkable fighter, but she’s durable, well-rounded and can push a pace. With clear improvements to her boxing game and potential grappling upside in the later rounds, that might be enough for her to win.

“The Venezuelean Vixen” must cut off the octagon, force boxing range and turn this into a grueling fight. She might get knocked out or have her leg kicked to oblivion, but she has a clear path to victory.

It’s a risky bet, but I’ll take a gamble on Julianna Pena at +240 to win this rematch.