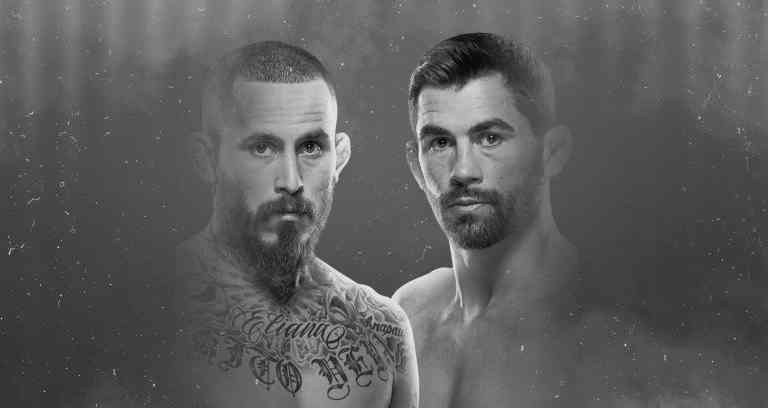 There are a number of cards this weekend and I have a decent chunk of action. UFC Fight Night San Diego looks like a good event and there are plenty of intriguing contests.

Skill for skill, I think Lukasz Brzeski is the superior striker. The Polish fighter throws hard combinations with his hands and has some nice low kicks as well.

He might get off to a good start, but I don’t think he’ll be able to stick and move indefinitely.

Brzeski is on the smaller side for a heavyweight and seems to have issues with his gas tank. That is a bad combination against Martin Buday – who will march forward, swing punches and try to pin him against the fence by any means necessary.

In terms of aesthetics, Buday is horrible to watch – but I believe this is a favorable opponent for him stylistically.

Buday is a humongous individual and while he might absorb some shots early, it feels inevitable that he will utilize his size advantage and get his clinch game going. If Buday can get on top, it’s likely a round in the bank.

I don’t see value in Martin Buday at -300, but his decision line and over 1.5 rounds are both interesting.

Despite winning his UFC debut by way of knockout, Azamat Murzakanov’s performance was anything but impressive. The Russian fighter showed questionable cardio and was out-struck for the first two rounds before finding the kill shot.

Murzakanov is the far superior striker and could annihilate Devin Clark with a huge left overhand or right hook, but I think he’s going to have a difficult time trying to land his power shots without getting grabbed and pinned against the fence.

There is absolutely nothing flashy about Clark’s style, but I think he has the veteran savviness to impose his game on an explosive striker like this.

Murzakanov’s fleet-footed southpaw stance could make it difficult for Clark to time his takedown entries, but so long as he can duck underneath power shots and grab hold of the Russian – then he has a great chance of slowing the fight down.

We saw Murzakanov gas in a low paced striking fight – I doubt he will enjoy being forced to embrace the grind this weekend!

I think Clark can wear on this dude in the clinch and if he does manage to hit takedowns, his top pressure could carry him through to the end of the round.

Devin Clark might get brutally knocked out, but I’m picking him to spring the upset as the +133 underdog.

Without the wrestling to take the fight to the mat on his own terms, he does a good job of luring opponents into sloppy scrambling exchanges where he can jump on their backs or sink in front chokes.

Most of his wins have come against lower tier middleweights and I simply don’t trust him to prevail against well-rounded opposition.

Bruno Silva is no world beater, but he packs a serious punch and is levels ahead on the feet. I think he can sprawl and brawl just fine and should be able to land a death blow if the fight remains vertical for prolonged periods.

If he does end up on the mat, Silva has a black belt in BJJ and I think he’ll be fine so long as he doesn’t get his back taken.

I’m confident Bruno Silva wins, but -280 is uninteresting to me.

Hailing from Uganda, David Onama is a gifted athlete. He throws fast, powerful combinations with his hands and looks to have a great gas tank as well.

He fought Mason Jones on short notice and up a weight class in his UFC debut and performed admirably.

Skill for skill, I think Onama is still pretty raw. However, I wouldn’t be surprised if we see significant improvements from camp to camp under the tutelage of James Krause.

Nate Landwehr was formerly known as a psychotic brawler with no defense, but he looked far more mature and technical against Ludovit Klein. This was his first fight since switching camps to MMA Masters and the move was obviously a smart one.

Landwehr might be able to compete in an open space striking match, but he’d be at a disadvantage against the speed, power and raw athleticism of the Ugandan.

Instead, I’d like to see Landwehr put on a complete mixed martial artist performance. He looks to be the superior clinch striker and might be able to hit takedowns as well (although Onama is a tough guy to hold down).

I understand why David Onama is the favorite, but -330 is an extremely steep price against a tough veteran like this.

The game plan seems obvious for Dominick Cruz. He must stay light on his feet, avoid brawling, give lots of different looks to keep Marlon Vera guessing and also mix in takedowns.

On paper, it’s easy to see Cruz implementing his style and getting the better of the exchanges.

Unfortunately, his margin for error is minimal.

Vera often loses minutes, but the Ecuadorian is preposterously durable and he always finds a way to land huge shots that change the complexion of a fight.

“Chito” isn’t the most sophisticated out-fighter, but he is a handful to deal with as he storms forward landing brutal offense like a Muay Khao marauder.

I suspect Vera will take a page from Henry Cejudo’s book and look to invest in low kicks in order to take away Cruz’s movement. When the target becomes more stationary, it’s only a matter of time before the big knees and elbows start flying.

I like Marlon Vera to win this fight, but I’ll be looking for a live bet entry rather than playing him at -240 pre-match.