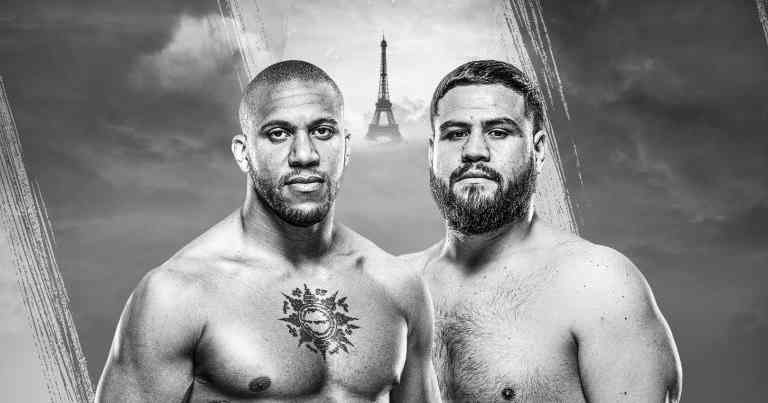 UFC Fight Night Paris is an underwhelming card. Still, there are a couple of interesting fights and I will be placing a number of bets on the event.

You know exactly what you’re getting when you bet on Joaquin Buckley. Fighting from the southpaw stance, “New Mansa” bobs and weaves his way into range before unloading thunderous combinations in the pocket.

A blessed athlete, Buckley has power in both hands, does a good job of ripping the body and has some flashy kicks in his arsenal too.

I love his aggressive style and high workrate, although his lack of defensive awareness gets him into trouble here and there.

He can’t get reckless against Nassourdine Imavov, who is far more patient in his approach and is an expert when it comes to making reads and capitalizing on openings.

Aptly named “Russian Sniper”, Imavov is a feared combatant due to his precision and timing. I’m expecting Imavov to use plenty of feints to try and draw out the power shots of Buckley so that he can go third with his own attacks.

While Imavov is a pleasure to watch, he can look lackadaisical at times and we’ve seen him get backed up and controlled against the fence.

Joaquin Buckley is the less technical striker, but I think he can outperform his +220 price tag by keeping his output high and stalling the fight out with some cage wrestling.

I’m not sure what to make of Nasrat Haqparast. The Afghan southpaw looked like a future title challenger earlier in his career, as he would march opponents down and blast them with blisteringly fast shots from weird angles.

Since getting knocked unconscious by Drew Dober (who hits extremely hard), he hasn’t looked like the same guy.

There is no shame in losing to Dan Hooker or Bobby Green, but neither performance inspired confidence and he also looked underwhelming in his win against Rafa Garcia.

If he can rediscover his old form, he should beat the brakes off John Makdessi. If not, I think this could be a competitive fight.

Makdessi has a lot of mileage on his body and has looked worse for wear in recent years, but he’s still a solid technical kickboxer. He has good timing with his counters and understands the intricacies of facing a fast and explosive southpaw.

The biggest concern I have with Makdessi is his lack of defense and declining reaction times. He ate plenty of flush shots against Ignacio Bahamondes, who doesn’t pack the same kind of punch as Haqparast.

Nasrat Haqparast should win this fight, but there is no way I’d bet him at -230. His KO line is a lot more appealing at +290.

This is an interesting stylistic clash. Roman Kopylov has some good aspects to his game as well as major drawbacks, whereas Alessio Di Chirico is more well-rounded but generally unremarkable.

Fighting from the southpaw stance, Kopylov has fast hands, throws well in combination and does a good job of ripping the body and head.

I believe he has the advantage in terms of speed, shot selection and efficiency of technique.

Unfortunately, his workrate isn’t great and he tends to fade in fights. While his first layer takedown defense is serviceable, his ground game looks atrocious.

Kopylov showed a susceptibility to low kicks against another southpaw in Karl Roberson, but that probably won’t be an issue against an orthodox fighter in Di Chirico.

Just like his opponent, Di Chirico’s output leaves much to be desired and he can often get outworked while searching for perfect counters on the back foot. When he does decide to throw, he loads up on his punches – which leaves him open to being countered himself.

He managed to time Joaquin Buckley with a beautiful head kick, but I still believe he loses that fight more often than not.

The Italian is the superior grappler, but I’m unsure of his wrestling acumen and I’m inclined to believe this will play out as a low volume kickboxing match.

I wouldn’t bet anything substantial on this fight, but I’m picking Roman Koplov to emerge victorious.

I think Marvin Vettori is in for a rough night.

“The Italian Dream” fires his left hand like a piston and has slick pull counters, but he is a bit of a plodder and I doubt he can get his wrestling going.

Robert Vetori moves light on his feet, with excellent blitz attacks and a comprehensive vocabulary of strikes in his arsenal. I think kicks will be useful for “The Reaper” and I could see him landing a flush head kick at some point in the fight when Vettori’s hands drop.

Furthermore, Whittaker’s best performance in recent years came against Kelvin Gastelum – a boxing-centric southpaw who is also a teammate of Vettori. This performance provides insights into how Whittaker’s footwork and shot selection will work against a similar type of opponent.

Vettori is a tough and gritty individual who will bite down on the mouthpiece and throw hands, but I think he’s outmatched here.

Robert Whittaker to win by decision is the line that stands out to me at -115.

Tai Tuivasa is popular with the fans due to his outrageous personality and explosive fighting style. He hits hard, throws devastating low kicks and has an underrated clinch game – but his only path to victory is landing a lucky punch this weekend.

We’ve seen Cyril Gane dance circles around big punchers before and I doubt this will be any different.

The Frenchman has some of the best movement we’ve ever seen from a heavyweight and is a virtuoso when it comes to picking opponents apart from the outside. He could win this fight with just a jab and low kick if he decided.

Despite a terrible grappling performance in his failed championship bout, Gane should have a big advantage on the mat. If Tuivasa gets frustrated and comes forward swinging wildly, the reactive takedown should be there all day for Gane.

I wouldn’t play Cyril Gane at -600, but his submission line could be worth a sprinkle at +500.