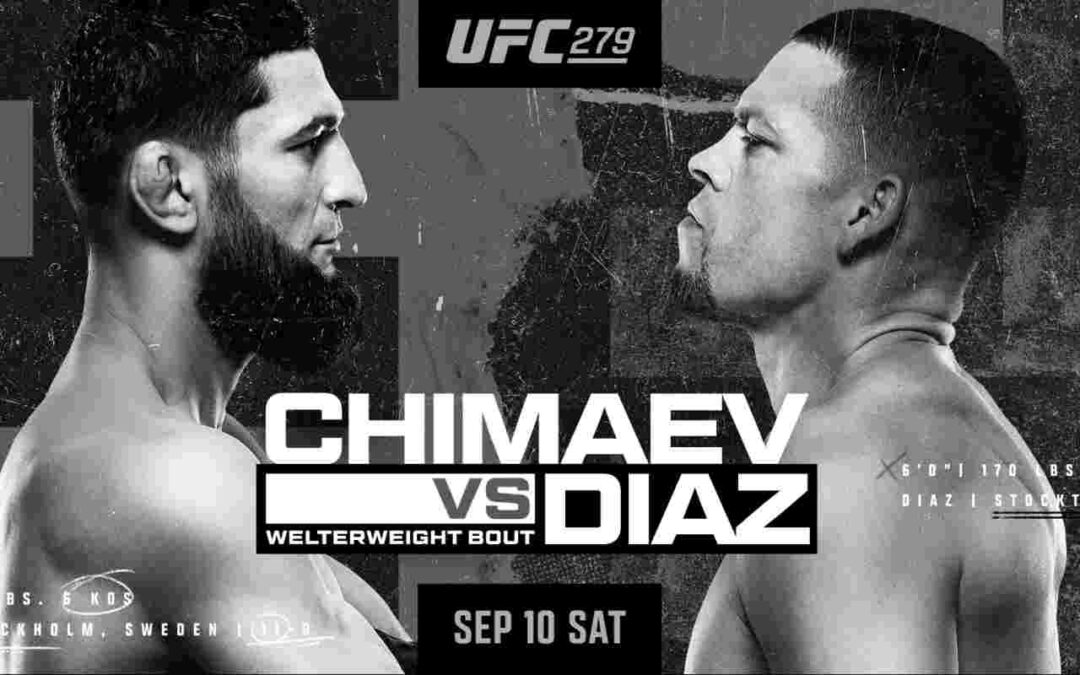 UFC 279 looks like a diabolical card for betting. My action will be light this weekend.

Johnny Walker seems like a fighter who is struggling for a sense of identity.

When he first joined the UFC, the hulking Brazilian was able to rack up numerous KO finishes due to his chaotic and unpredictable style.

Of course, fighting like a wildman has a ceiling and it’s important to develop solid fundamentals if you want to ascend the rankings in any division.

Training under John Kavannagh at SBG Ireland, we’ve seen Walker look awkward and tentative in his last couple of performances. He did a lot of feinting and running away in his decision loss to Thiago Santos and was brutally knocked out against the surging Jamahal Hill.

I have no idea what version of Walker we’ll see this weekend.

With a huge height and reach advantage, it would be great to see Walker keep his foe at the end of his punches and stuff takedowns – but I’m not sure if he’s capable of doing so.

Going back a few years, his defensive grappling looked terrible against Nikita Krylov (particularly as he got tired). He’s going to lose this weekend if he hasn’t made improvements, but it’s impossible to know whether he has or not because he has primarily fought strikers since then.

You know what you’re getting with Ion Cutelaba. The Moldovan is supremely aggressive, yet unrefined on the feet.

He will come forward and swing with venom, but he leaves plenty of countering opportunities for his opponents.

Cutelaba has a Greco Roman wrestling background and is extremely strong in the clinch. While he prefers upper body takedowns, he will also go for double and single legs in order to drag opponents to the floor.

The Moldovan isn’t very energy efficient and we’ve seen him start strong and fade late multiple times. If Walker can weather the early storm, I wouldn’t be surprised if he took over.

I don’t have a strong read on the fight, but I might be interested in live betting Johnny Walker if he stuffs the first few takedowns.

This feels like a volatile fight to bet on, since both women are flawed fighters.

Macy Chiasson is a big, physical bantamweight who hits hard and attacks with all eight limbs, but she doesn’t manage distance well and is ludicrously hittable.

She’s not the most savvy positional grappler, but was able to hit takedowns on Norma Dumont and Raquel Pennington. Against an opponent who struggles on bottom position, she might be able to rack up some control time and dish out ground and pound if she can get on top.

While most of Chiasson’s fights play out as sloppy brawls, her head coach is not a dummy. Sayif Saud will come up with a game plan to use lots of footwork, kicks and unexpected level changes in order to neutralize the boxing of Irene Aldana.

Whether Chiasson can pull this off or not remains to be seen.

Like her opponent, Aldana is no defensive wizard – but I think her sharp and precise punches will find the target in this fight. The Mexican has some pop behind her punches and I think she has a good chance of winning by knockout if she can remain vertical.

Aldana struggled to get her boxing going against Holly Holm and was perplexed by the different looks presented by her opponent. She wasn’t sure whether punches, kicks or reactive level changes were coming as she followed Holm around the octagon like a stray dog.

Holm is in a different galaxy to Chiasson when it comes to footwork, counter-striking and grappling – but that performance is still a red flag if you’re considering playing Aldana at -185.

I’m picking Irene Aldana to win, but I won’t be betting on this fight.

Stylistically, I think Kevin Holland is a bad fight for Daniel Rodriguez.

I’ve enjoyed betting on “D-Rod” in the past and his aggressive southpaw boxing works well in MMA – but I believe he’s too slow and one-dimensional in this particular fight.

Not only does Rodriguez have a size, reach and speed disadvantage, I’m not confident he wins even if he can work his way into boxing range.

Kevin Holland likes to clown around and play the fool, but he’s a fast and dangerous striker with a diverse arsenal of attacks.

I think front kicks will be useful for Holland against a southpaw and he can handle himself just fine in the pocket (which isn’t always true for long and rangy strikers). Holland shortens up his punches as opponents close the distance on him and I think he’ll have no problem landing offense at all ranges.

The bookmakers have Kevin Holland lined at -200 and that feels accurate to me.

Father Time remains undefeated and at 38-years-of-age, Tony Ferguson is on the downswing of his career.

One thing is for sure though, “El Cucuy” will be training his buttocks off and has every intention of winning this fight.

Against Michael Chandler, Ferguson massively outperformed his +300 price tag before getting knocked out by a lucky front kick. If the same guy shows up this weekend at welterweight, I think he can give Li Jingliang some issues.

Ferguson has always been defensively vulnerable, but he has flawless cardio, an excellent vocabulary of strikes (including vicious elbow attacks) and will have a clear edge if he can get the fight to the mat.

In the past, Jingliang was known as a slow starter and would throw caution to the wind defensively in order to land his own punches. With big power in both hands and amazing recoverability, this approach worked well for him.

The Chinese fighter must be ready to sprawl at all times and should look for countering opportunities when Ferguson gets over-aggressive.

I’m confident Jingliang can absorb the big punches from Ferguson and remain conscious, but I’m not sure if the reverse is true. If Ferguson jumps on his back however, the contest could be a wrap.

I understand why Tony Ferguson is the underdog, but I think he has a better chance of winning than his +250 price tag indicates.

What is the point of this fight?

Nate Diaz has endeared himself to the fans due to his exciting fighting style and unpretentious demeanor – but I don’t think he has a realistic chance of winning this weekend.

With an educated lead hand and slick countering ability, we’ve seen Diaz light opponents up on the feet before catching them in opportunistic submissions – but wrestling has always been a weak part of his game.

Even if he gets his boxing going, Diaz has never been a big puncher and he has zero chance of stopping the takedown.

Khamzat Chimaev’s striking is still a work in progress, but he is a phenomenal wrestler and he mixes his ground strikes with his grappling brilliantly.

I don’t think the Swede needs good entries to take Diaz down, he just needs to get his hands on him.

We’ve seen Chimaev consciously avoid the guard when tangling with skilled grapplers on the mat and I don’t think Diaz is likely to hit a submission off his back unless he can seriously hurt Chimaev first.

Khamzat Chimaev is most likely going to win, but I don’t see a good betting angle on this main event.