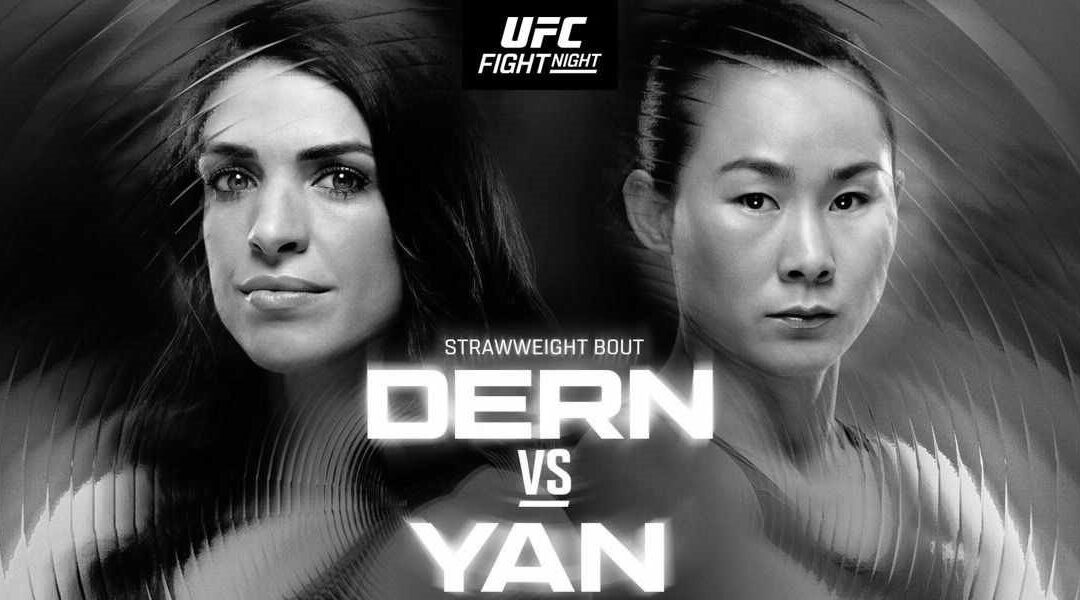 Here are my breakdowns for a handful of fights that I find stylistically interesting on UFC Vegas 61.

After losing his first two fights in the UFC at heavyweight, Phillipe Lins dropped to the light heavyweight division and earned a decision victory over Marcin Prachnio. While he got the job done, the performance did not inspire confidence.

Lins has a tendency to come out hot and then fade in the later stages of a fight.

While he’s fresh, his hands are blisteringly fast and he throws everything in combination. I’d like to see him mix up his shots to the body and legs instead of head hunting.

The Brazilian is also a skilled grappler, but I don’t think he’ll have much luck taking down Maxim Grishin – who possesses strong takedown defense.

I feel Grishin made his way to the UFC too late in his career. He made his pro debut in 2008 and looks to be on a decline at 38-years-of-age.

While he did the bare minimum to earn a win over William Knight, I thought he looked slow and stiff in that performance.

Grishin is a proficient kickboxer, but he throws a lot of single strikes and doesn’t put an exclamation mark on rounds. Unless he’s able to crack Lins and put his lights out (which could definitely happen), I just don’t see him covering his -180 price tag.

I think this is a highly competitive fight and I don’t agree with Phillipe Lins being priced north of +150.

Krzysztof Jotko isn’t one of the most exciting middleweights on the roster. However, the Polish veteran has excellent fight IQ, a well-rounded skill set and is difficult to look good against.

His striking style is herky-jerky and awkward. With plenty of feints and footwork, it’s hard to land cleanly on Jotko as he refuses to stand toe to toe with opponents and looks for countering opportunities instead.

Grappling is the best aspect of his game. The Pole has solid wrestling, great positional awareness and is usually one step ahead of adversaries during scrambles.

Brendan Allen is a tough and gritty competitor, but his game is crude.

I expect Allen to take the front foot and throw with vicious intent, but I think he’ll struggle to get his grappling going. Allen is a lethal submission artist, but I don’t think his grappling is entirely suited to MMA at the elite level.

Allen embraces the chaos and doesn’t mind ending up on the mat in bottom position, because he can often find success off his back or sweep opponents. I don’t see him having much luck against Jotko, who can use takedowns to alleviate pressure and is difficult to reverse.

The fight might be competitive on the feet, but I still see Jotko sticking and moving in order to land the more effective strikes if it does stay standing.

Ultimately, I think this is a good fight for Krzysztof Jotko.

At 30-years-of-age, Russia’s Viecheslav Borshchev is still young in his MMA career. Coming from a boxing and kickboxing background, “Slava Claus” does his best work on the feet and is rounding out the rest of his game at Team Alpha Male.

While competent at fighting in open space, Borshchev is a monster in the pocket with fast hands, heavy body shots and counters coming from crazy angles.

Borshchev should fire low kicks at range and feint in order to back his opponent up. In the pocket, I think he will be able to time Mike Davis and beat him to the punch.

In his last fight, we saw Borshchev get taken down and controlled for the majority of the contest. He’s at the best possible camp to plug those holes in his game, so hopefully he’s been working diligently on the wrestling mats.

Davis also comes from a boxing background, but he is more basic in his approach. He has fast hands and throws with clean technique, but he is susceptible to low kicks and I don’t think he enjoys being pressured.

“Beast Boy” should do fine in the early stages of the fight and he might be able to get his wrestling going, but this is not an easy opponent for him on paper. Fast Twitch athletes like Davis tend to struggle when they can’t dictate the pace of engagement.

Interestingly, Davis said in an interview that he hasn’t watched any tape on his opponent, is focussed on what he wants to do and expects to have the advantage in the pocket with his boxing experience! I’d consider this as a red flag, since he should try to avoid the pocket at all costs.

I think the value is on Viecheslav Borshchev at +155, but I’m going to let the fight run a little before I decide to wager.

Even when you discount the age discrepancy and mileage of both fighters, I think Randy Brown is a stylistic nightmare for Francisco Trinaldo.

Standing 5’9 with a 70-inch reach, Trinaldo is small for a welterweight and is facing one of the biggest athletes in the division.

A proficient counter-striker, Trinaldo uses a lot of head movement and is always looking to slip and return. His style works well against similar sized opponents (or taller opponents with inferior skills), but I think he’s going to get picked apart from the outside here.

Brown does a good job of digging front kicks to the body (particularly in open stance fights). He also knows how to use his 78-inch reach and exits properly after throwing (you can see this against Khaos Williams, who is also a powerful counter-striker).

“Rude Boy” has good intercepting shots and I can see him cracking Trinaldo with an uppercut or knee as the shorter fighter attempts to crash the distance.

I understand the heavy juice on Randy Brown, he should dominate this fight.

I find Mackenzie Dern difficult to handicap, primarily because her skill set is so unbalanced. She’s arguably the best BJJ practitioner in women’s MMA, but her striking is malcoordinated and she lacks the wrestling to complement her ground game.

I thought she turned a corner in her development when she chained off the single leg in order to ground Nina Ansaroff and submit her, but her wrestling looked putrid in her next fight against Marina Rodriguez.

Fortunately, her ground game is so good that she doesn’t need to rely on conventional takedowns. She can simply entangle herself with opponents in order to get her game going.

If she can get the fight to the floor against Yan Xiaonan in any position, she has a great chance of submitting her.

Coming from a sanda background, Xiaonan should have a massive advantage on the feet. The Chinese fighter has fast hands as well as dynamic offense with her lead leg (although she conceded takedowns from caught kicks against both Carla Esparza and Claudia Gadelha).

Xiaonan has weak takedown defense and is a turtle off her back. She also gives up underhooks and puts herself in position for easy takedown entries.

She should be improving her grappling at Team Alpha Male, but I’ll believe it when I see it.

Mackenzie Dern probably wins this fight, I just can’t trust her at -250.