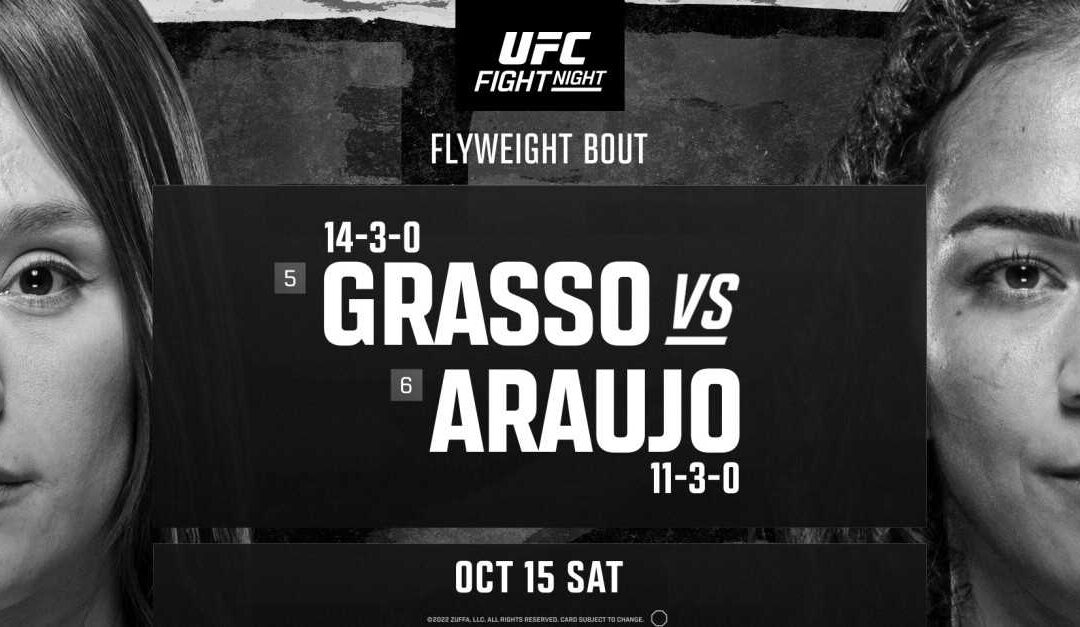 In terms of finding value, UFC Vegas 62 is one of the most putrid cards I’ve ever seen. Nevertheless, here are my main card predictions from a betting perspective.

Skill for skill, I believe Misha Cirkunov is a better mixed martial artist than Alonzo Menifield.

The Latvian is a competent southpaw kickboxer with good positional awareness on the mat and slick submissions.

Unfortunately, he doesn’t deal with adversity well and has been susceptible to early knockouts during his UFC tenure. At 35-years-of-age, Cirkunov has looked slow and hittable in recent fights – which doesn’t bode well for him against a power puncher like Menifield.

It’s possible Cirkunov weathers an early storm and then utilizes his grappling to take over in the second and third rounds, but I’m not overly confident.

Menifield has strong hips and is difficult to take down, but we’ve seen him fall apart on numerous occasions when he doesn’t find the early finish.

I don’t rate Menifield’s boxing highly, but the man has hammers for fists. He doesn’t need to be a fantastic technician this weekend, he may only need one clean connection to end the fight.

I think there is a bit of value on Misha Cirkunov at +180, but I’d rather sit back and wait for a live bet entry.

Coming from a traditional martial arts background, Jordan Wright moves lightly on his feet and looks to eliminate opponents as quickly as possible.

“The Beverly Hills Ninja” is a dynamic out-fighter with a vicious array of attacks in his arsenal. He also dishes out heavy damage from the Thai clinch with knees at close range.

However, Wright is extremely vulnerable in the pocket and his boxing defense is practically non-existent. He doesn’t react well to being hit and has been finished in all of his career losses

Like his opponent, Dusko Todorovic is a skilled kickboxer with some bad defensive tendencies (most notably the way he leans back with his chin sky high to evade strikes).

The Serbian is far more well-rounded and should take the path of least resistance by shooting takedowns. Todorovic isn’t the best wrestler, but he is good at advancing positions on the mat and blends his ground strikes with his grappling brilliantly.

Todorovic is a lot more energy efficient than his opponent and should take over if the fight gets out of the first round.

The bookmakers have Dusko Todorovic lined at -200 and that seems perfectly accurate to me.

Both men are predominantly grapplers, but their styles couldn’t be more different.

Askar Askarov fights in a patient, methodical manner while Brandon Royval’s goal is to create chaos and capitalize on opportunities.

At first glance, this looks like a good fight for Askarov.

The Russian is somewhat lackadaisical on the feet, but he has sharp boxing, an excellent variety of takedowns and good positional awareness on the mat. He is also fantastic at taking the backs of opponents, which Royval has been susceptible to.

Royval has the more diverse array of strikes, but he is ludicrously hittable and has bad takedown defense. Against worse grapplers, he has been able to scramble his way out of bad positions and find submissions – but that doesn’t seem probable here.

If Royval is to emerge victorious, he has to push an insane pace and tire the Russian out. We’ve seen Askarov fade late in fights, whereas Royval may have the best cardio in the flyweight division.

I’m not interested in betting Brandon Royval pre-match at +200, but I’ll be watching closely for a live bet entry if momentum starts to shift in his favor.

It’s bizarre that Cub Swanson is choosing to drop to bantamweight so late in his career. He has nothing to prove at 38-years-of-age and will go down as a legend of the sport when he hangs up his gloves.

Swanson is one of the most exciting strikers in UFC history, with fast hands, unorthodox attacks and explosive in-and-out movement.

Management of distance will be critical against Jonathan Martinez, who likes to hang in open space and pick opponents apart with attacks from the left side.

When fighters try to pressure him, Martinez looks for intercepting knees and counters off the back foot. However, he has bad boxing defense and is there to be walloped if you can crash the distance – which Swanson has been good at doing throughout his career.

Swanson should have the grappling upside as well – I’m just worried about how his body will perform at the new weight class.

I think the value is on Cub Swanson at +180, I’m just scared to pull the trigger due to the weight cut.

Skill for skill, I think this fight is highly competitive.

Alexa Grasso is a lifelong boxer, with a stiff jab and precise counters. She throws everything with technical efficiency and has been taking steps to round out the rest of her game.

We saw improved grappling against Macy Barber and Joanne Wood, which should come in handy here. I wouldn’t be surprised if Grasso concedes a few takedowns, but I think she’ll be difficult to control and should be able to scramble back to her feet.

Viviane Araujo is also a skilled striker, with good footwork (while she’s fresh), sharp boxing and some low kicks mixed in. I’d like to see her go after the lead leg of Grasso and try to take away her footwork.

The Brazilian has a black belt in BJJ and we saw her dominate Andrea Lee in the grappling realm in her last fight. I expect her to mix things up against a boxing-centric opponent.

As a fighter who utilizes plenty of movement, Araujo struggles to keep the same pace throughout her fights and typically fades late. This doesn’t bode well for her in a five round main event – particularly since she is getting up there in age for a female flyweight.

I think we’ll see back and forth exchanges for the first rounds, but I believe Grasso will pull away as we enter deep waters.

I understand why Alexa Grasso is the favorite, I just don’t see any value at -230.