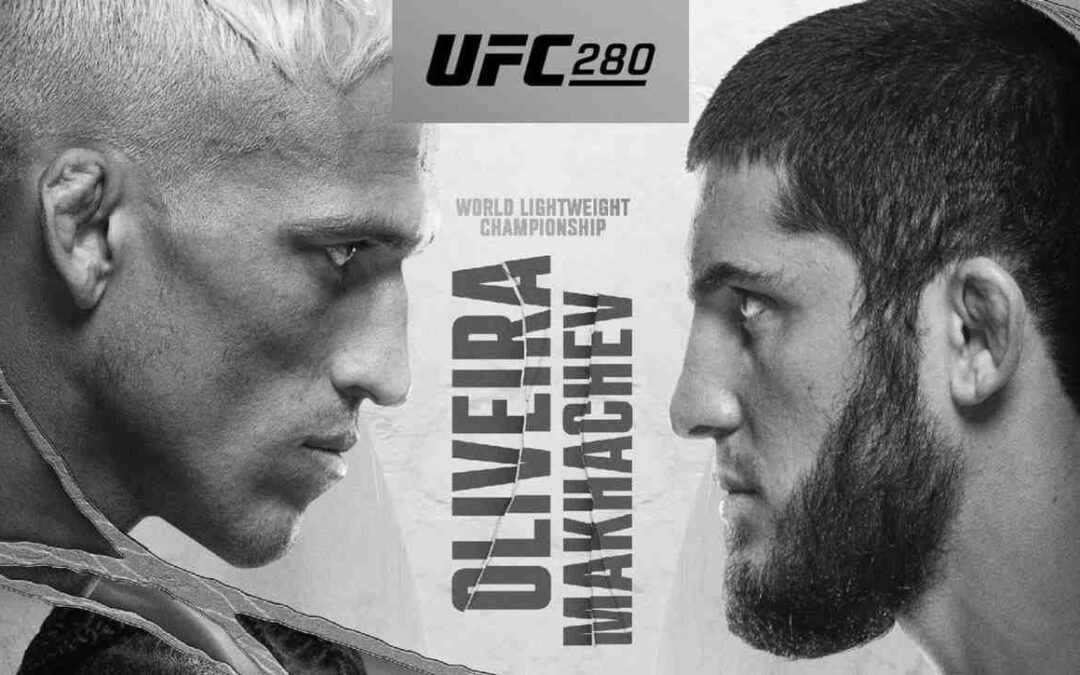 UFC 280 is packed full of exciting fights, although it’s a tricky card for betting. Here are my picks for the main card.

Katlyn Chookagian is one of the best fighters in the flyweight division, although she hasn’t endeared herself to the fans over the years. She is a good round winner, but not a potent finisher.

In recent performances, her striking accuracy has improved and we’ve seen her sit down on her shots more. She throws crisp boxing combinations as well as teep kicks to the body and does a great job of keeping shorter opponents at the end of her punches.

“Blonde Fighter” is a black belt under John Danaher, but there isn’t much physicality behind her wrestling – so she is unable to dictate where the fight takes place.

Manon Fiorot has a karate style and fights elusively. She comes forward with explosive blitzes and loves to throw the lead leg side kick.

The French fighter is one of the most physical athletes in the division and will sometimes include takedowns in her repertoire. I’m not sure if she will be able to hold Chookagian down, but some wrestling could look good in the eyes of the judges if rounds are close.

Fiorot does a good job of managing distance, but she fights with her hands low and is hittable in the pocket. Whether Chookagian can take the front foot and get her boxing going remains to be seen.

Valentina Shevchenko is in a league of her own, but she fights from the southpaw stance and is effective off the back foot (just like Fiorot). Chookagian looked miserable against the reigning champion and was unable to get any offense going.

I wouldn’t be surprised if Fiorot frustrates Chookagian in a similar manner. Hitting takedowns from caught kicks could also be possible for the French athlete.

I understand why Manon Fiorot is the favorite, although -200 feels wide to me.

In my opinion, this is the best fight on the card.

Mateusz Gamrot is someone who I’ve been watching for years in KSW and it’s great to see him achieve success on the world stage. I don’t think he’ll be a champion at lightweight, but he can give most ranked fighters a run for their money.

With a background in freestyle wrestling, Gamrot times his takedown entries excellently and has a beautiful low single leg. He is a savvy positional grappler with dangerous submissions, although he lacks the smothering top control that other wrestlers in the lightweight division have.

On the feet, Gamrot throws clean straight punches and counters well, although he is vulnerable to kicks. The Pole fights well from both stances and keeps opponents guessing with different looks.

Like his opponent, Beneil Dariush is also a high level MMA grappler with strong wrestling against the fence.

Dariush scrambles well and is difficult to hold down. We haven’t seen deal with a relentless wrestling onslaught like Gamrot will bring, but we’ve seen him attack submissions to sweep opponents and scramble his way out of bad positions in the past.

On the feet, Dariush has a substantial advantage. Fighting from the southpaw stance, he has slick pull counters as well as devastating knees and kicks from the left side.

Dariush has a crushing southpaw body kick (we’ve seen Gamrot absorb a lot of body kicks in his UFC tenure) as well as heavy inside and outside leg kicks. Whether Gamrot is fighting orthodox or southpaw, his lead leg will be in jeopardy.

I feel that Gamrot has the better cardio, and that’s probably why he is the favorite. Dariush’s body language looks awful when he tires, but he fights through fatigue pretty well and I think he can remain competitive in the later rounds.

I think the value is on Beneil Dariush at +160.

Is Sean O’Malley a live underdog? Personally, I don’t think so.

“Sugar” is a skilled out-fighter with insane length for a bantamweight, but he has benefitted from favorable matchmaking.

O’Malley has looked impressive by fighting long, mixing up his shot selection and walking opponents onto strikes that they didn’t expect – but I just don’t see him playing the matador effectively in this contest.

Petr Yan comes from a boxing base and is tremendous at cutting off the octagon and applying mental pressure. His stance shifting, counters and combination striking are mesmerizing to watch.

The Siberian is also well versed in Muay Thai and has added kicks and a clinch game to his arsenal. Look for Yan to go after low kicks, which O’Malley has shown a vulnerability to in the past.

We saw Yan walk down and completely school another rangy out-fighter in Cory Sandhagen, and I think that was a tougher fight than this one.

Yan also has the grappling advantage, if he chooses to use it.

I thought T.J. Dillashaw looked a bit ragged in his return to action after a drug suspension. He walked forward enough to convince a couple of low IQ judges that he won, but he got hit a lot in that contest and it’s likely he is on the downswing of his career at 36-years-of-age.

That said, he does present stylistic issues for Aljamain Sterling.

On the feet, Dillashaw is the far more complete striker. He switches stances effortlessly, mixes up his shot selection and never runs out of steam (even without EPO in his system).

Sterling is good at controlling distance and has an unorthodox outside kicking game, but his hands aren’t the best and he will get beaten to the punch in prolonged exchanges.

Will Sterling be able to hit takedowns and secure his favored body triangle? If he does, the round is likely a wrap – but I’m just not sure.

Dillashaw has an 86% takedown defense in the UFC and is a phenomenal scrambler, but he hasn’t fought a world class back taker like this before. I definitely think Sterling will find it hard to hold him down if he’s unable to get back control.

Sterling is a notorious front runner, so I don’t like his chances of winning the championship rounds.

I think he needs to bank the first three rounds or score an early submission. At -175, this isn’t a win condition I like.

T.J. Dillashaw is an intriguing underdog, but I’ll just sit back and wait to bet this fight live.

Once known as a hit-or-miss fighter who could produce both terrible and amazing performances, Charles Oliviera has got his shit together in recent years and is on an incredible winning streak.

Knowing he has submissions in his back pocket, Oliviera loves to pressure opponents with a dynamic Muay Thai offense and force them to make mistakes.

You can see foes look visibly anxious as Oliviera comes charging forward, not knowing whether a knee, uppercut or choke attempt is coming.

Oliveira is a dangerous guard player, so he doesn’t mind fighting off his back, but the guillotine and rear-naked choke are his best submissions.

His approach has worked brilliantly against opponents looking to keep the fight standing and avoid the ground at all costs, but I believe Islam Makhachev has the tools to quietly shut him down.

Firstly, Makhachev is a southpaw counter-striker. I think he can remain composed and defensively sound while picking his shots on the feet.

We’ve seen Oliviera hurt with body shots before and I think Makhachev can whip his left kick underneath that high guard.

Also, I don’t see Makachev level changing onto a guillotine like Kevin Lee did. Makachev has the best clinch takedowns in the UFC and doesn’t need to put his neck at risk in order to get the fight to the mat.

Makachev’s ability to control an opponent’s body and slowly suck the life force out of them is unparalleled. The Dagestani is an amazing scrambler and I doubt we’ll see him get caught in transition (unless he’s severely hurt first).

We’ve seen Makachev’s cardio hold up in a high paced grappling fight with Arman Tsarukyan, whereas Oliveira has been known to fade when he can’t find the early finish.

In order for Makachev to lose this fight, he’ll need to get smashed by a haymaker on the feet, put his neck in the wrong place or concede a back take. All of those things could happen, but I don’t think they are probable.

I like Islam Makachev to win the belt and I doubt we’ll see a playable number on him again anytime soon.