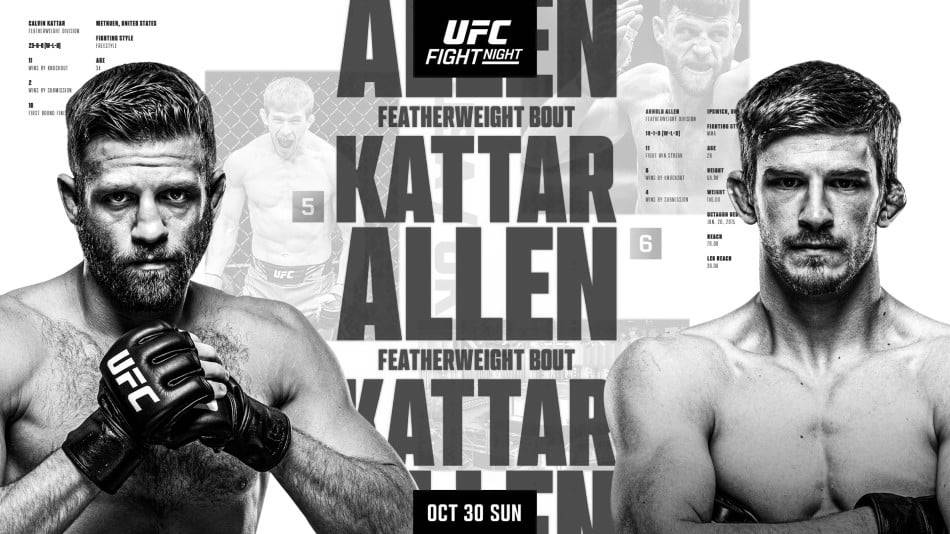 After an incredible UFC 280, the card this weekend looks underwhelming. Nevertheless, here are my UFC Vegas 63 main card picks.

Khalil Rountree is one of the most inconsistent fighters on the roster. He either looks dominant in victory or pathetic in defeat.

It’s possible he has turned a corner in his career, since his last two performances were arguably his best.

Fighting from the southpaw stance, Rountree is an explosive Muay Thai striker. He has a thunderous left hand, sharp right hook and devastating low kicks.

Interestingly, Rountree has some of the most powerful lead leg low kicks I’ve seen in the UFC – which is useful in an open stance fight. He completely decimated Modestas Bukauskas with low kicks and I think he should utilize them here.

As a fast twitch athlete, Rountree can struggle when he is forced to work at a high rate. His ground game is also disastrous, so he needs to avoid ending up on bottom at all costs.

Dustin Jacoby doesn’t have the same explosive power as his adversary, but he is the more layered striker with the superior shot selection.

I wish we had more insights into how he’ll deal with a dangerous southpaw like this. His jab and calf kicks are his best weapons, and that doesn’t normally bode well in an open stance fight.

He got hit a lot against Michał Oleksiejczuk earlier this year, but was fighting with an injury and didn’t throw any kicks – so it’s hard to take anything away from that performance.

I also wonder whether Jacoby will shoot takedowns. He typically uses his wrestling to keep fights standing, but it wouldn’t be a bad idea to test out Rountree’s ground game and give him more things to think about.

I’d take the plus money on Khalil Rountree if I was forced to place a bet, but I don’t have a strong read on this fight.

This is a weird fight to predict, because I consider Josh Fremd a superior mixed martial artist to Tresean Gore – but a couple of his shortcomings give me pause for concern.

Fremd throws a crisp jab, mixes up his shots to the body and head and has a superb check left hook – but he leaves his chin sky high and is also susceptible to low kicks.

I believe Fremd will win minutes easily, but there is a good chance he will get seriously hurt.

Gore is a basic kickboxer, but certifiably lethal. He looks to edge his way into range, decimate opponents with low kicks and knock their block off with huge power strikes.

He carries power in both hands and is not looking to win on points.

The biggest problems for Gore are his volume and fight IQ. He is still green in his MMA career and I don’t think he has any understanding of what the judges are looking for.

I’ll pick Josh Fremd to win, but I won’t be putting any money on the line.

With no disrespect intended, I wasn’t impressed by the tape of Waldo Cortes-Acosta. The Dominican fighter is heavily boxing-centric and there isn’t much nuance to his game.

He has natural power, throws a stiff jab and does a decent job of setting up his right hand – but he tends to get sloppy and wild with his punches. I also suspect he won’t react well to being kicked in the leg or put on his back.

Jared Vanderaa is no world beater, but he is serviceable kickboxer and does a good job of mixing up his strikes. He typically struggles against grapplers or opponents who have better footwork than him – which shouldn’t be an issue here.

We often see Vanderaa take the path of most resistance, so I’m guessing he is going to brawl with the Dominican. That said, he could look like a solid favorite if he got his wrestling going and utilized his BJJ black belt.

I’m not sure if I can stomach a bet on Jared Vanderaa, but he is clearly the side at +165.

Tim Means is a natural fighter if I’ve ever seen one. He is looking a bit ragged at 38-years-of-age, but is still a stern test for most athletes in the welterweight division.

“The Dirty Bird” is the slower combatant and will probably be at a disadvantage in open space, so he needs to turn this into a dog fight. Means does a great job at slipping and returning in the pocket and he also has an underrated clinch game (we saw Neil Magny get the better of Max Griffin in the clinch earlier this year).

Unfortunately, I think he’ll struggle to get the kind of fight he wants.

Max Griffin has good footwork and can throw long straight punches down the barrel all night. It’s also possible Griffin mixes things up and shoots takedowns.

Means has good first layer takedown defense, but can be put on his back. If rounds are close on the feet, I think Griffin can get some top control in order to win over the judges.

I understand why Max Griffin is the favorite, although -190 feels wide to me.

Arnold Allen is on a long winning streak, but typically hasn’t been blowing opponents out of the water.

The British prospect moves lightly on his feet, has fast hands and does a good job of landing precise counters – but he isn’t a volume machine.

He won the Sodiq Yusuff fight with big moments and I think he’ll need to do the same against perennial top contender, Calvin Kattar.

Now 34-years-of-age with a lot of mileage on his body, I can see why people are opting to fade “The Boston Finisher” – but I won’t be one of them.

Kattar is hittable (which is a legitimate concern), but he has the far better output, more variety in his strikes and is a proven warrior over five rounds. I think his uppercuts, knees and intercepting elbows could be fruitful against a shorter opponent.

We’ve seen Allen shoot the occasional reactive takedown and look for front chokes, but I don’t think grappling will play much of a role in this fight. Kattar comes from a high school wrestling background and should be able to keep the contest vertical – where I expect him to take the front foot and overwhelm his foe in the later rounds.