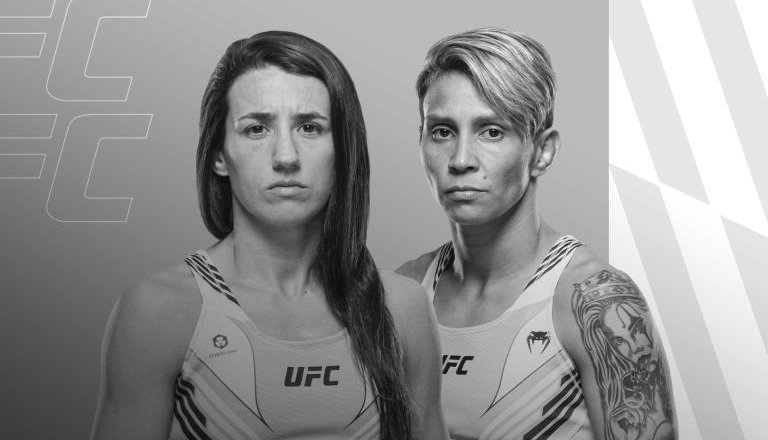 UFC Vegas 64 doesn’t seem like a good card for betting. I’ll keep my action small, since I plan to have more wagers on UFC 281 next week.

I’m underwhelmed by the footage of Shayilan Nuerdanbieke. The Chinese fighter is a physical specimen with good wrestling and well-timed entries, but he has a lot of holes in his game.

He throws extremely wide punches, lacks defense and doesn’t have the positional control to complement his wrestling. He also has numerous submission losses on his record and this is the type of fight where he can’t afford to leave his neck in the wrong place or get reversed.

Darrick Minner is known as a wild and chaotic submission grappler, but the rest of his game has come along in recent years. I consider him the more technical striker and he might be able to land takedowns of his own on the Chinese grappler.

The big knock on Minner has been his inability to pace himself and maintain composure in the later rounds. If he doesn’t secure the early finish, he typically gets finished himself.

Minner is aware of the mistakes he’s made in previous fights and if he’s ever going to put on a complete mixed martial arts performance, this would be the ideal opponent for him.

The Nebraska native has lethal neck attacks and is a good scrambler when he’s fresh.

There are risks when betting Darrick Minner, but he is certainly the side at +180.

It seems weird that Nate Maness is dropping to flyweight, because he was one of the larger bantamweights on the roster.

“Mayhem” hits hard, has serviceable boxing from both stances and decent first layer takedown defense, but his game is unremarkable.

In previous fights, he has shown an inability to get up from bottom position – and that doesn’t bode well for him against a Dagestani wrestler.

Tagir Ulanbekov hasn’t set the world alight like some of his teammates, but you can usually rely on him to put on solid performances.

The Dagestani is vulnerable to low kicks and head strikes, but he should be able to compete just fine in a kickboxing match.

His biggest edge is in the grappling department. Ulanbekov has nice timing on his open space takedowns and will chain attempts from the clinch.

Maness does a good job of fighting hands and sprawling, but I think Ulanbekov’s tenacious approach will earn him top position – where he can probably ride out rounds.

I do have a few concerns about Ulanbekov. He doesn’t put the pedal to the metal and run away with rounds and he’s not the most physical athlete.

Maness seems like a strong dude and if he’s not compromised by the weight cut – physicality could be an advantage for him here.

Tagir Ulanbekov should win this fight, but I’m not thrilled by his -220 price tag.

Skill for skill, Chase Sherman is a much better fighter than Josh Parisian. Of course, fights don’t take place on paper and there is more to winning than just technical proficiency.

While Sherman lacks head movement, he is the much sharper offensive boxer and has powerful low kicks as well. His biggest shortcomings are that he fades late in fights and is a terrible bottom position grappler.

Josh Parisian doesn’t have much process behind his striking and I don’t think he’s a good wrestler either.

His best asset is that he is a large amorphous blob of biomass, which is useful if he can secure top position. Relying on his superb durability, I could see Parisian block punches with his face and then somehow get the fight to the mat in the later rounds.

A takedown from a caught kick is definitely possible.

That said, Sherman should light this guy up and possibly finish him. We saw Sherman get a third round knockout in his last performance, so perhaps cardio has become a focal point of his training camps?

I took a small bet on Chase Sherman at pick ‘em odds, I think you can get to 60% implied.

Neil Magny has never endeared himself to the fans, probably because his style isn’t aesthetically pleasing and he generally wins on points.

I expect him to stay on his bike, firing long straight punches and front kicks at a more compact opponent. When Daniel Rodriguez enters the pocket, look for Magny to tie him up, land volume in the clinch and try to muscle him to the mat.

We’ve seen him use this approach effectively against Geoff Neal, who shares some similarities with Rodriguez.

It just depends on whether Rodriguez is able to get his striking offense going at his preferred range.

Rodriguez is an infinitely superior boxer and he should land the more eye-catching shots.

I’m leaning towards Neil Magny as a pick, but I don’t want to get involved in this fight at all.

Both women are predominantly Muay Thai strikers, although there are a few subtle differences.

Marina Rodriguez has the higher output and is the more dangerous clinch striker, whereas Amanda Lemos has tighter boxing and is more of a knockout threat.

Lemos has good feints, counters and distance management – so I expect the first few rounds to be close. However, we’ve seen Lemos fade in fights and I don’t think her style is suited to five round main events.

Furthermore, Lemos is arriving in Las Vegas late in the week and will have to immediately start cutting weight.

We’ve seen Rodriguez maintain her output into the championship rounds before and I can see her overwhelm Lemos with an avalanche of volume. We saw Lemos controlled in the clinch by Mizuki Inoue and I think she’s going to get battered with elbows and knees while being held against the fence this weekend.

It’s possible Lemos gets some grappling going, but I don’t think she’ll be able to sustain that kind of game plan. If Rodriguez survived on the mat against Mackenzie Dern, I think she can hang in there against Lemos.

I like Marina Rodriguez in this spot, I hope she finally gets a title shot.